In 2005, in a making video of the film, No Entry, Anil Kapoor, who portrayed Kishan in the film, had shared things were not as smooth for the role of Sunny. 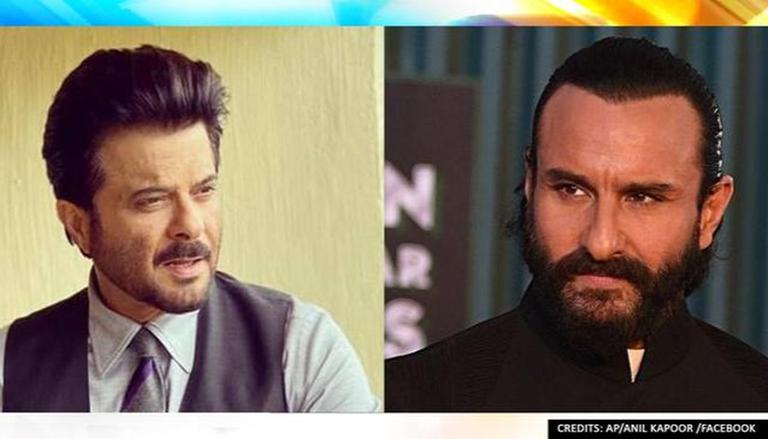 
Bollywood blockbuster comedy film, No Entry has recently completed 16 years of its release on Thursday. The film that is helmed by Anees Bazee and produced by Boney Kapoor, features Anil Kapoor, Fardeen Khan, Lara Dutta, Bipasha Basu, Celina Jaitly and Esha Deol. In the film, veteran actor Anil Kapoor had played a major role in handling the film's production since it was released under his home banner.

In 2005, in a making video of the comedy film, No Entry, Anil Kapoor, who portrayed Kishan in the film, had shared things were not as smooth for the role of Sunny, which was finally played by Fardeen Khan. In a throwback video, the Mr India star has shared the story behind the film's casting.

Kapoor said, "Our first choice for Sunny was Saif Ali Khan. We met him and explained the character. Saif heard the script and said he’s done roles like Sunny before, and wishes to play Kishan. When he got to know that I was playing Kishan, he backed out. He said he thought over the husband’s role and realised nobody except me can play Kishan. Saif said he just wants this film to be made as it was a fabulous comedy." He added, eventually Sunny was portrayed by Fardeen Khan.

Bipasha Basu too, revealed that it was her first role where she had many singing and dancing scenes. She said that she gained confidence after they shot the film's title song, Ishq Ki Galli.

No Entry is one of the highest-grossing Hindi films of 2005 and it is a remake of 2002's Tamil flick, Charlie Chaplin. It has also been remade in the Bengali language as Kelor Kirti in 2016. The Bengali version stars Dev Adhikari, Ankush Hazra and Jisshu Sengupta.

The plot of the film tells the story of three married men, who get involved with an attractive prostitute. No Entry's music is composed by Anu Malik, while Ashok Mehta and Arvind Soni took care of the film's cinematography. It also features Boman Irani, Dinesh Hingoo, Sameera Reddy, Anjan Srivastav, Neetha Shetty and others.