'No One In The Market Approved Of It': Amitabh Bachchan Shares The Story Behind The Title Of His 1973 Blockbuster Film And It Has A Godfather Connection

Bollywood veteran Amitabh Bachchan who is celebrated for his iconic performance in 1973 blockbuster 'Don', recently shared the story behind the title of the film.

Bollywood veteran Amitabh Bachchan who is celebrated for his iconic performance in 1973 blockbuster 'Don', recently shared the story behind the title of the film. As 'Don' completed 41 years on Sunday, May 12, the actor took to his blog and penned a long note in his blog reminiscing the journey of the making of the film.

Amitabh Bachchan with Chandra Barot at Hanging Garden shooting a scene for #Don @SrBachchan -that scene used in the film when DSP D'Silva( Iftekhar )shwos to Vijay ( Amitabh ) some videos of the Real Don ( Amitabh ) #41YearsOfDon @juniorbachchan pic.twitter.com/7mCCk04Kfc

'Don', which is one of the most popular characters essayed by him, was not a very appreciated name back then, he revealed in the post. He said that industry veterans were not happy with the choice of the film's name.

Talking about the same, the 76-year-old actor wrote, "Don' was a name title that no one in the market approved of. They never understood what it meant and never felt that a name such as 'DON' was material for the title of a Hindi film. In fact, if truth be told... for many it was quite an amusing title,"

The Real Don - Amitabh Bachchan @SrBachchan #41YearsOfDon ~ Many wants to becoem the ‘Don’ of the Indian film industry but may they forget that ... ‘Don Ko Pakadna Mushkil Hi Nahi Namumkin Hai' #BigB pic.twitter.com/YvujgZ9QXp

READ: REVEALED: This Actor Will Play The Main Villain In 'Sooryavanshi' Opposite Akshay Kumar

The 'Badla' star also shared a funny anecdote on the film title's comparison with a "very popular brand of vests".

"There was at the time a very popular brand of vests, the ‘banyain’, that were carrying the name DAWN .. DON pronounced phonetically sounded much like that brand of under garment in the popular market .. and there was consternation in titling a film that conveyed an under garment .. " he wrote on his blog.

The actor further revealed that it was after the release of Hollywood classic 'Godfather', the title 'Don' earned 'respect'. 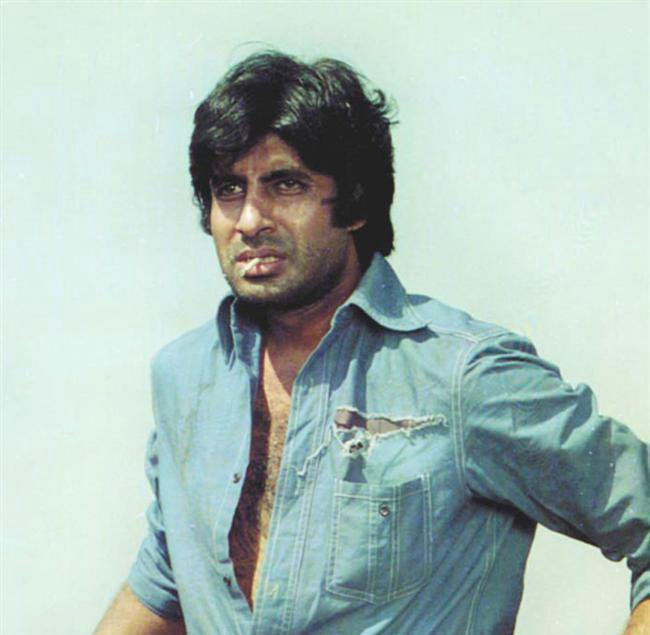 "Much later of course with the 'Godfather' series the word garnered enough publicity and reckoning, to be respectable enough. But till then initially, it was in the realm of humour." he said.

"There were some other prominent artists of the time who had heard of the story and when they came to know of the intent of the makers to approach me for it, they justified its importance and the brilliance of its screenplay .. " he added.

'Don' was scripted by popular writer duo Salim-Javed and directed by Chandra Barot. Besides Big B, the film also starred Zeenat Aman, Iftekhar, Helen and Pran.

Meanwhile, on the work front, the veteran star is gearing up for Ayan Mukerji's 'Bhahmastra' which also stars Ranbir Kapoor and Alia Bhatt. Moreover, he is also roped for mystery thriller 'Chehre' alongside Emraan Hashmi.