'Luka Chupi' actress Kriti Sanon faces blacklash after she shared pictures posing with Cheetahs on social media from her Zambia holiday; here's what the actress has to say

Kriti Sanon who is currently holidaying in Zambia took to her Instagram handle to share some pictures from her vacation. Posing with wild cats a.k.a cheetahs, the 28-year-old actress was seen taking a walk with them and later clicking a selfie too.

She wrote: "He wanted a selfie. Couldn't say no." Moments later, Kriti Sanon faced backlash when the users dropped comments like 'animals were drugged for the photos' and it is not right for her to 'promote captivated animals'. Replying to one of the users, Kriti clarified her stance and retaliated in a dignified way and wrote: "No they are not drugged." Read her full clarification below - 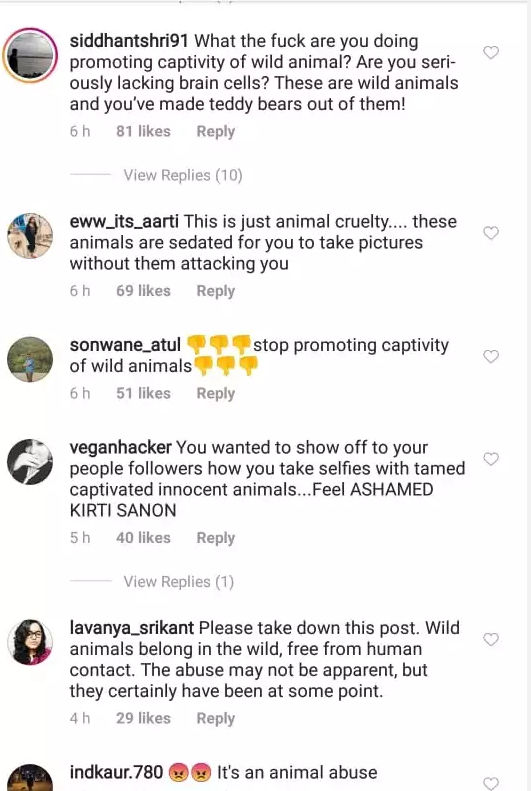 Here's what she wrote: 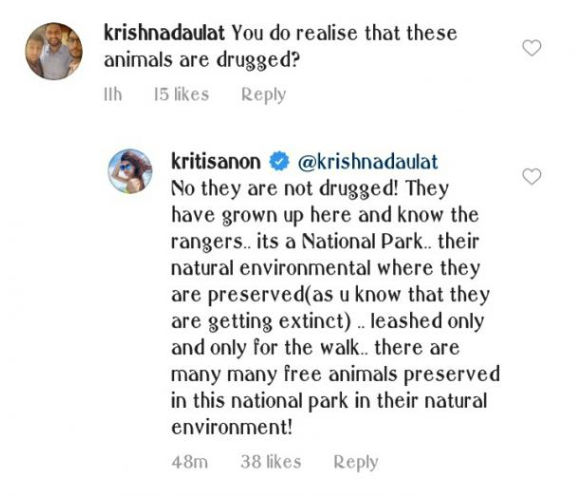 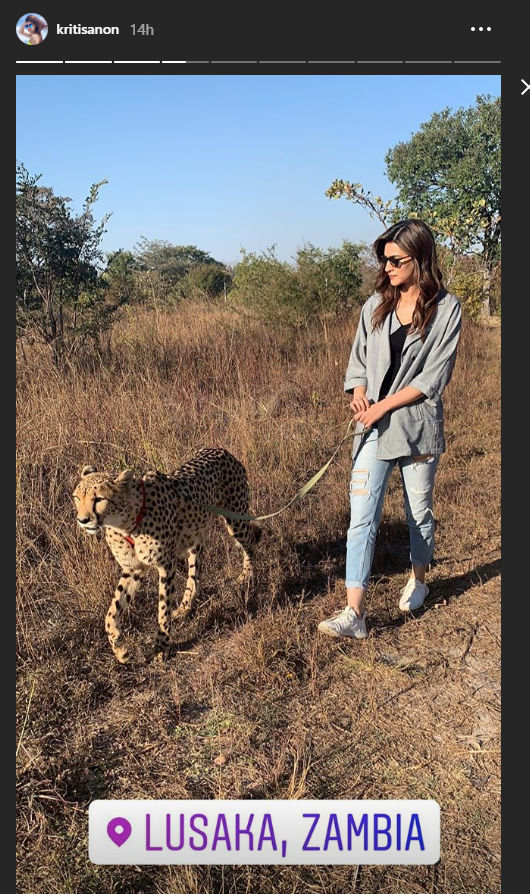 Meanwhile, Kriti made her foray into Bollywood with a love story "Heropanti" and went on to feature in multi-starrer "Dilwale", but Kriti Sanon's acting skills came to notice with her performance as Bitti in "Bareilly Ki Barfi".

The actor, who last release "Luka Chuppi" was also well-received by the audience, says after completing five years in the movie business she is happy that people are finally taking her seriously as a performer.

Citing example of Deepika Padukone, Kriti says every actor has that 'one' film in their filmography which establishes them as an "actor". And it was "Cocktail" that changed things for Deepika. "Some climb early some take it longer and it depends on the opportunities that come your way and depends on which film does that for you. I do feel 'Bareilly Ki Barfi' did make me take a leap. And had I not done that and taken a safer film, which I was already doing, maybe I would have taken way longer.

"It is eventually the choices and decisions that you make and then it is a matter of that one film that would take you up there and you never know which would be that one film."

The 28-year-old actor is busy promoting her second release of the year "Arjun Patiala", which is directed by Rohit Jugraj and produced by Maddock Films. It will hit screens on July 26.

The film pairs her with Diljit Dosanjh. Kriti plays a journalist while Diljit will be seen as a cop in this small-town quirky romantic-comedy.

She also has "Housefull 4" and "Panipat" up for release later this year and has been recently signed up for filmmaker Rahul Dholakia next directorial venture, a female-driven thriller film.