This came after Nora stated that her name is unfairly being dragged in the in Rs 200-crore money laundering case linked to conman Sukesh Chandrashekhar. 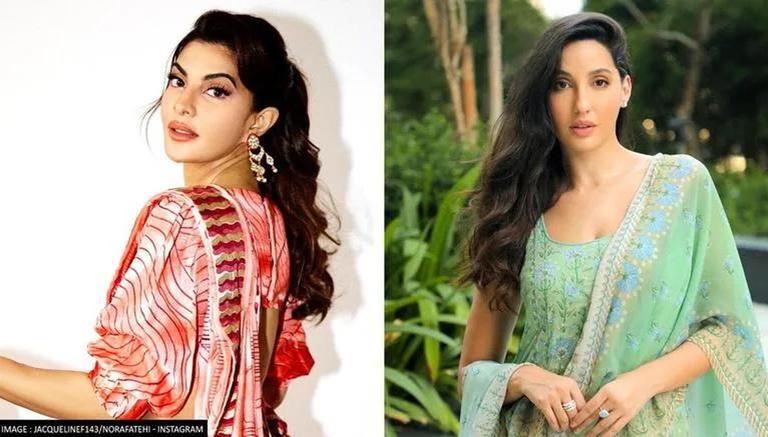 
In a big development in the extortion case, Bollywood actor Nora Fatehi on Monday sued Jacqueline Fernandez for defamation. The suit was filed against Jacqueline Fernandez and various media houses, alleging loss of reputation. This came after Nora stated that her name is unfairly being dragged in the in Rs 200-crore money laundering case linked to conman Sukesh Chandrashekhar.

Nora had filed a defamatory case against Jacqueline over the latter's plea before the PMLA court where she submitted that she was being falsely named by the ED in connection to the case while celebs such as Nora Fatehi who had also received gifts from conman Sukesh Chandrashekhar had been made witnesses.

"Jacqueline Fernandes sought to criminally defame the complainant in order to destroy her career to further her own interests, since they are both working in the same industry and have similar backgrounds, amongst other reasons," Nora Fatehi said in her plea.

"It is pertinent to mention herein that both the complainant (Nora Fatehi) and the accused (Jacqueline Fernandez) are actresses of foreign origin and both have had their share of struggles in rising to fame in the Indian film industry, hence, it is evident that the act of the accused in dragging the name of the complainant wherein she has no business mentioning the complainant is mala fide in nature,” the plea stated.

Notably, both the actresses were questioned by the Enforcement Directorate (ED) in connection with a money laundering case lodged against conman Sukesh Chandrashekhar. Earlier on December 7, the central investigation agency probed Nora to collect more information regarding the money trail in the case.

Moreover, the investigation agency has already filed a chargesheet in connection to the case naming actor Jacqueline Fernandez as an accused in the case.

'Nora Fatehi made witness, but I am accused': Jacqueline Fernandez

Fatehi's complaint came after Jacqueline Fernandez in August accused ED of bring bias into the Rs 200 crore extortion case involving conman Sukesh Chandrashekhar. In a plea before the Appellate Authority of PMLA Jacqueline said celebrities including Norah Fatehi who was also conned by main Sukesh, are made witnesses in the case whereas she is being "dragged as an accused."

She added that in the present case, the allegation against her is that she is the "recipient of the gifts" and the statement relied upon the authority also shows that she was coerced, conned, and forced into receiving the gifts. "People other than her who received such gifts are made witnesses in the case," her plea said.

Earlier in September, actor Nora Fatehi's team issued a statement claiming that she was given a clean chit by the ED in the Rs 200 crore scam case. According to her team, the Delhi police stated that Nora was not involved in the conspiracy surrounding the arrested conman Sukesh Chandrashekhar. It was also mentioned that she wasn't aware of the crime syndicate that was being planned by conman Sukesh.