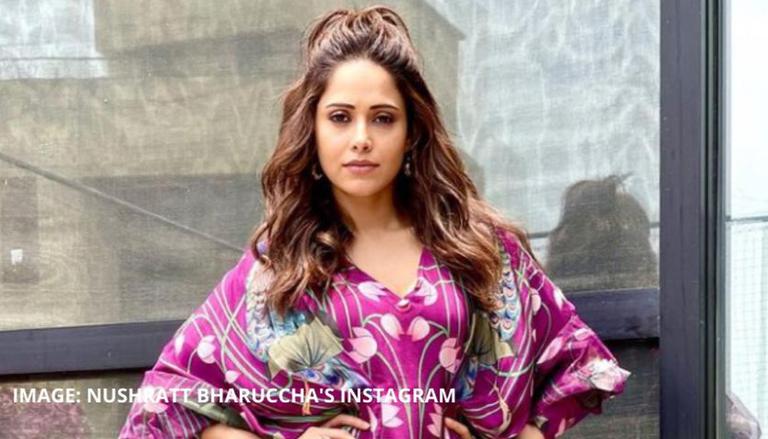 
Bollywood actress Nushratt Bharuccha was seen enjoying the heavy rains of Mumbai as she shared pictures on her Instagram story. Like any other Mumbaikar, the actress enjoyed the gloomy weather with her special friend. Nushratt shared her 'kind of love story' with a beautiful picture and dropped hearts. 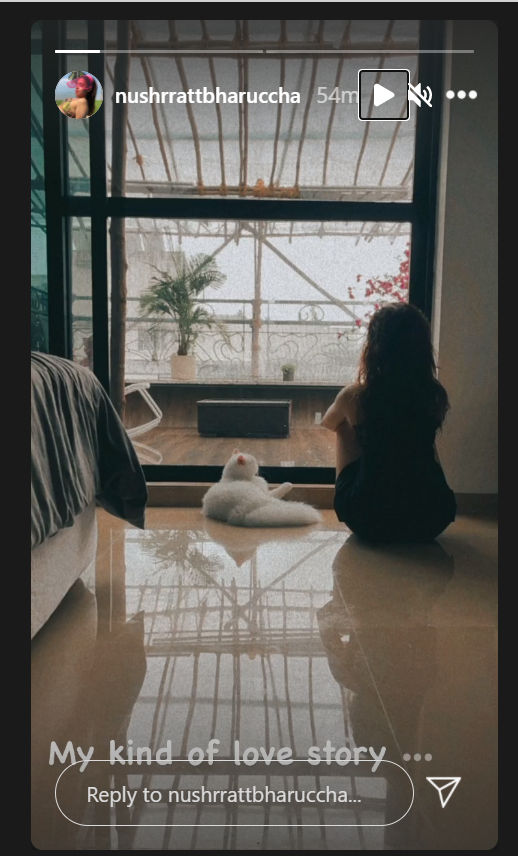 Nushratt Bharuccha's Instagram recently featured two photos as she enjoyed the weather. In the photo, the Sonu Ke Titu Ki Sweety actress was seen sitting by her window and peering out with her per cat beside her. While sharing the photo, the actress wrote "my kind of love story". The photo was almost identical to the first one and showed Nushratt with her pet cat, the actress was all hearts as she used a heart emoji as she shared the photo.

Nushratt Bharuccha took to her Instagram and urged everyone to preserve and safeguard the environment on World Environment day. The actress shared photos as she posed for the camera with the setting sun in the background. While sharing the pictures she wrote that she was happiest when she was close to nature. Her caption read "Happiest when I'm close to nature... aren't we all? Let's safeguard & preserve our environment. A small action in the right direction will go a long way. Think of how you would like to be a part of this positive change and act on it."

The actress is all set to play the lead role in the romantic movie Hurdang. The movie will also feature Sunny Kaushal and Vijay Varma in the lead roles. Nushratt will next be seen in the horror movie Chhorii which is a remake  Marathi film Lapachhapi. The movie also features Mita Vashisht, Rajesh Jais, and Saurabh Goyal. The actress has begun the shooting for the movie Ram Setu which will also feature Akshay Kumar and  Jacqueline Fernandez in the lead role opposite Nushratt. The actress was most recently seen in the  Hindi-language anthology film Ajeeb Daastaans as a street-smart househelp, Meenal.