Dubbed as one of the leading ladies of Bollywood, Vidya Balan rang in her 43rd birthday on January 1. Here's how several Bollywood celebrities wished her. 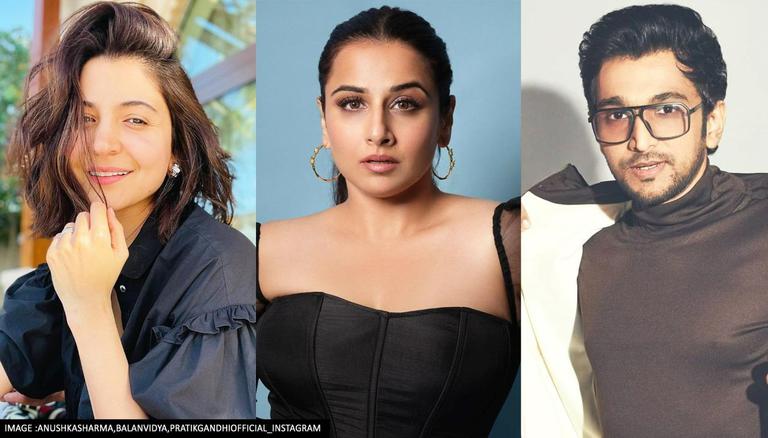 
Touted as one of the most sought after actors of Bollywood, Vidya Balan is celebrating her 43rd birthday today. The actor is known for her impressive profile in the film industry and her ability to carry out versatile roles across various genres. On her special day, several Bollywood stars namely Pratik Gandhi, Anushka Sharma and others poured in love and wishes for the actor via social media.

Taking to her Instagram story, Anushka Sharma shared a picture of Vidya Balan and wrote, ''Happy birthday Vidya! Wishing you love and light always!'' Taapsee Pannu also had some kind words to share about the birthday girl as she shared a sweet picture of her smiling with Vidya. She wrote, ''To the woman who makes me her fan not just on screen but equally off-screen! She will always be the hero I look up to!" Replying to her post, Vidya thanked her on Instagram. 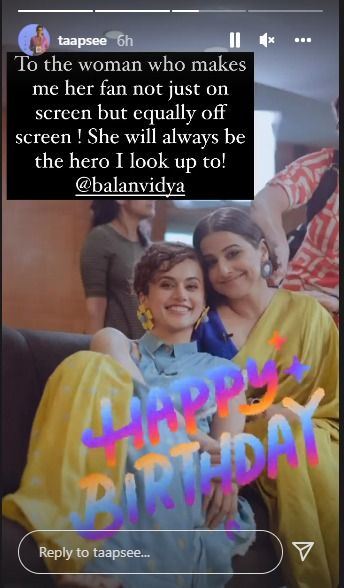 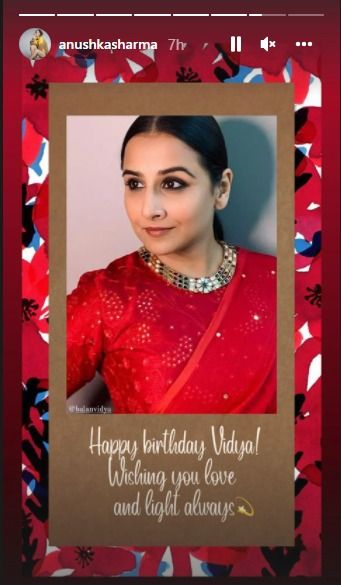 Additionally, Scam 1992 actor Pratik Gandhi, who is set to appear in an untitled romantic comedy with the birthday girl, also took to his Instagram to share a doting birthday video. The video consisted of some of their most memorable moments together. The duo had also recently announced the wrap of their shooting in Ooty with a happy picture. 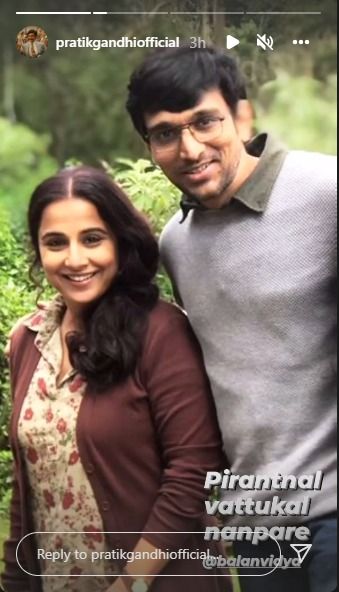 He wrote, ''And it's a wraaaap!!! A wonderful winter spell in Ooty brings us to a film wrap on Applause Entertainment and Ellipsis Entertainment’s untitled romantic comedy-drama about modern relationships directed by @shirshagt It's been such a beautiful and fun ride with @balanvidya''

On the occasion of her birthday, the actor dropped multiple pictures from her recent fashion photoshoot where she sported a figure-hugging black corset and pants. With glam makeup, Balan completed her look with a sleek ponytail and hoop earrings. The pictures managed to land the actor on the trending topic list on social media as many complimented her new glamorous avatar.

On the work front, the actor is known for redefining roles for female actors in Bollywood with her female-centric films like Kahaani, Shakuntala Devi, and more. Last seen in Sherni, the actor will also reportedly star in the movie Jalsa.

WE RECOMMEND
Raveena Tandon, Vidya Balan, others take 2 COVID tests while celebrating 'Aranyak' success
Dhanush wishes to collaborate with THIS Bollywood actor for his next Hindi film
Vicky Kaushal, Sidharth Malhotra, Kartik Aaryan: Top Bollywood male stars on OTT in 2021
Vidya Balan, Pratik Gandhi wrap their untitled film, say 'will cherish these memories'
Is 'Jersey' releasing on Netflix or Disney Plus Hotstar? Everything we know so far
Listen to the latest songs, only on JioSaavn.com