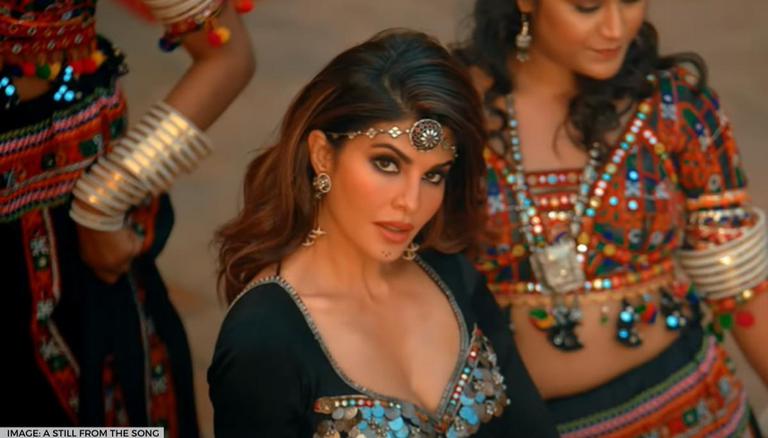 IMAGE: A STILL FROM THE SONG


The dynamic duo Badshah and Jacqueline Fernandez, who have worked together on numerous chartbusters, are back with their latest music video, Paani Paani. The much-awaited song released today, June 9, 2021, and has already been garnering heaps of praise with fans and netizens. On listening to the upbeat track, fans have gone on to flood the micro-blogging site with all things happy and nice.

Since the Paani Paani song has premiered, fans were quick to share their reactions to the video. Many fans were left flabbergasted by Jacqueline Fernandez’s performance, while some could not get enough of the duo’s chemistry in the music video. Fans commented on the song on Twitter and wrote, "King Of Music Industry BADSHAH & Queen Of Bollywood Jacqueline Fernandes is Back With Their Another Bomb Song #PaaniPaani History Will Create Now! Badshah Paani Paani @Its_Badshah @Asli_Jacqueline @saregamaglobal #Badshah #JacqShah #BadSquad #JacquelineFernandez #Saregama”. Another one wrote, “Nice one. #PaaniPaani Beats are nice and @Asli_Jacqueline @Its_Badshah @GillAastha #jacquelinefernandez your dance moves”. Take a look at all of these comments on Badshah’s song Paani Paani here.

#paanipaani song is out now jacque is looking so damn BEAUTIFUL 🔥🥵 pic.twitter.com/AhDus1vbMf

The song has been sung by Badshah and Astha Gill, while Badshah also penned the lyrics for the song, and produced it too. The choreography for the song has been done by Piyush Bhagat and Dance Plus fame Shazia Samji. The song has been produced under the label of Saregama India Ltd. The song also features Jacqueline Fernandez. Badshah has always dabbled in new sounds while simultaneously honouring India's rich landscape and deep-rooted folk customs and dances, which are at risk of being forgotten in popular society. With Paani Paani, Badshah revitalises the soundscape with the romance of Rajasthani Rawanhatta strings and the Kalbeliya Folk Dance.

This is not the first time Badshah and Jacky have collaborated on a song. Badshah's song Genda Phool, which reached 81 crore views in March 2021, also featured Jacqueline Fernandez. The song was met with negative reviews and a dispute over who owned the rights to the folk song that the Badshah track incorporated. This is the second time that the two are seen together for a single.

Image: A still from the song