Pankaj Tripathi Says Success And Failure Of Films Are 'prospective'; 'I Try To Give My Best...'

Some of his recent theatrical releases didn’t earn enough at the box office and actor Pankaj Tripathi says it has made him "rethink" his choices. 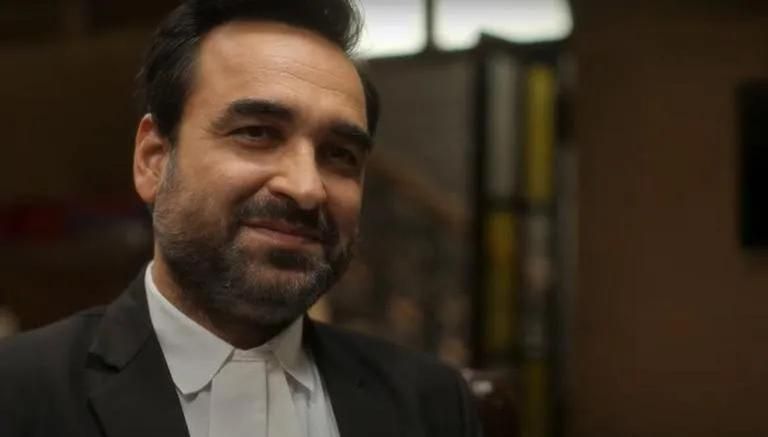 
Some of his recent theatrical releases didn’t earn enough at the box office and actor Pankaj Tripathi says it has made him "rethink" his choices. The 45-year-old actor may have never failed to impress the audience with his performances but his last few films such as “Bunty Aur Babli 2”, “83”, “Bachchhan Paandey” and “Sherdil: The Pilibhit Saga”, which was led by Tripathi himself, were unable to pull the audience to theatres.

“Success and failure are prospectives and there is no criteria for it. As an actor, my job is to give my best and honest performance after that how a film is marketed or released and how much money it earns is not in my hands. “The audience is the king and it is their choice what they like and what they don’t like. I do films, which I like and I think I will enjoy (acting in it). It is a democratic choice,” Tripathi told PTI in an interview over Zoom.

The box office debacle of a film has made him self-assess, said the actor, adding failures are part and parcel of life. “I rethink, you try to think where did I commit a mistake, like what I had heard (during script narration) why it has not been transformed (on-screen) in a way we had thought. I keep thinking about that. “There are times when I get answers about it (failure). And the answers which I get are part of my experiences and going forward it is these experiences that help me choose the projects,” he added.

Tripathi is looking forward to the premiere of the third season of the popular web series “Criminal Justice”, in which he returns as fan-favourite character Madhav Mishra, an uncanny lawyer. Directed by Rohan Sippy, the upcoming instalment of the Disney+ Hotstar series is titled “Criminal Justice: Adhura Sach” and revolves around the murder of child star Zara Ahuja (Deshna Dugad) and the prime suspect in the case is her brother, Mukul Ahuja (Aditya Gupta).

The makers are training the lens on the juvenile justice system in this chapter, set to stream from August 26. The show also features Shweta Basu Prasad, Swastika Mukherjee, Purab Kohli, Aditya Gupta, Deshna Dugad and Gaurav Gera. According to Basu Prasad, the key reason behind the popularity of “Criminal Justice” is the genre of courtroom drama.

“It is a thrilling experience for the audience, it is entertaining as well as educational. ‘Criminal Justice’ has been unique. Every season they have picked up a very sensitive topic that has left the audience asking for more,” the actor, known for “Makdee”, “Iqbal”, and “Badrinath Ki Dulhania”, said. Basu Prasad plays a public prosecutor named Lekha, whom she described as a bold and confident woman from an affluent family.

“She is quite a neck and neck with Madhav Mishra. It is competitive there. It gets really hot, the case between Madhav and Lekha. “Both Madhav and Lekha are poles apart, like their background. But the friction (between them) is cute in some places, it added a very interesting texture to the scenes that we were doing,” she added. Gupta, who plays the accused Mukul, credited Tripathi for the successful run of the legal drama.

“Pankaj Tripathi is the name and that is why people are hooked to the show. His charisma and charm on-screen work. Madhav Mishra cannot be played by any other person than Pankaj Tripathi. We are hoping the third season too will be a hit,” he added.

Produced by Applause Entertainment in association with BBC Studios India, “Criminal Justice” is an Indian adaptation of the successful BBC Studios drama of the same title.