Paresh Rawal On Delivering Good Comedy: 'Shed Arrogance To Give A Convincing Performance

In a recent interview, as Paresh Rawal is all set to showcase his comedy skills yet again in his upcoming films, he stated how comedy never works in isolation. 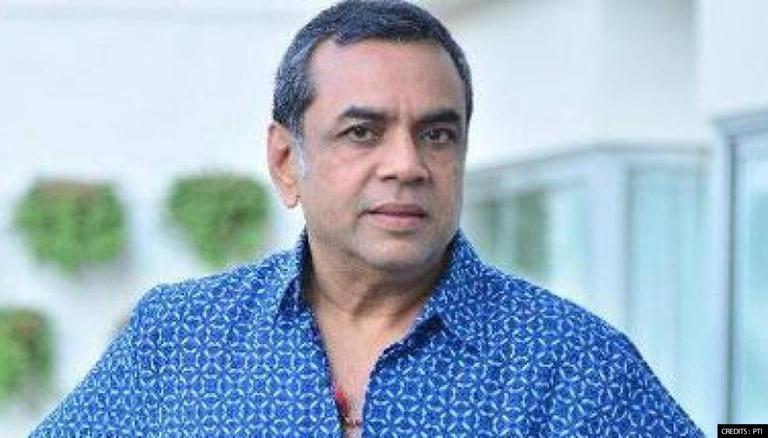 
Paresh Rawal, one of the prolific actors in the Bollywood industry is best known for his amazing comedy timings in the characters he played. As the actor is gearing up for one of his highly-anticipated movies, Hungama 2, he recently spoke to PTI and opened up about how one needed to stay loyal to the character they were playing. He also stated how one cannot walk to a set saying, “Today I’ll be the flag bearer of comedy, I’ll see who dares do it better than me.”

Paresh Rawal recently spoke about how treating oneself as the flag bearer of comedy is wrong and ‘damaging’. Sharing his opinion on how to pursue a comic role, he stated, “you simply have to treat it like a character. Your situation, dialogues will do comedy. You don’t have to. Don’t sacrifice your character for the sake of laughter.” Stating further, he added, “Comedy will never work in isolation. If I say in ‘Hera Pheri’ I was the best and Suniel Shetty, Akshay Kumar did nothing then no one is a bigger fool than me. Comedy is made out of everyone’s reactions, not just your actions.”

Speaking about vulgar comedies in movies, Paresh Rawal stated how he loathed vulgar and double-meaning comedies. He stated, “Comedies which ridicule physical deformities are absolute filth. I stay away from that… But good comedy films are a demand of every era, every time. Whether it’s pre-COVID, during or post, it’s necessary to have good comedies.”

As the actor has reunited with Priyadarshan for Hungama 2, he even shed light on their 20 year-long working relationship. “Filmmaking is a fragile area. Will the actor be able to deliver what the director wants? In this case, both of us know each other at a personal level. I know how he sees the world. We connect a lot. After pack-up, when we sit down to chat, I tell him about the plays I am doing and he shares about the kind of Malayalam films he is making. The evolution is continuous. The more you know a person, the more you respect them and see that the equation is never damaged," said the Hera Pheri actor.

“Sometimes you don’t say no to some people. Never. Because even they’re putting their career and respect at stake so you (want to) be with them and support them. That’s how it should be,” said Paresh Rawal. As Hungama 2 is all set to release next week on July 23, he also sp[oke about his experience working with the cast of the film. He said, “I love to work with good people, those who know how to do their job. Priyadarshan is a fantastic director, Ratanji a good producer. The film also had a good storyline. If there’s an opportunity to do something new, there’s always that greed and temptation to attempt it. The package deal of all these factors is what makes me do a project,”

Directed by Priyadarshan, Hungama 2 will be released on July 23 on Disney+ Hotstar featuring Paresh Rawal, Shilpa Shetty, Meezaan Jaffery, Rajpal Yadav and others. The actor will also be seen in other upcoming films Toofan, Aankh Micholi and The Storyteller that is expected to release soon.

READ | Paresh Rawal announces new Gujarati project; says it is based on his play 'Dear Father'