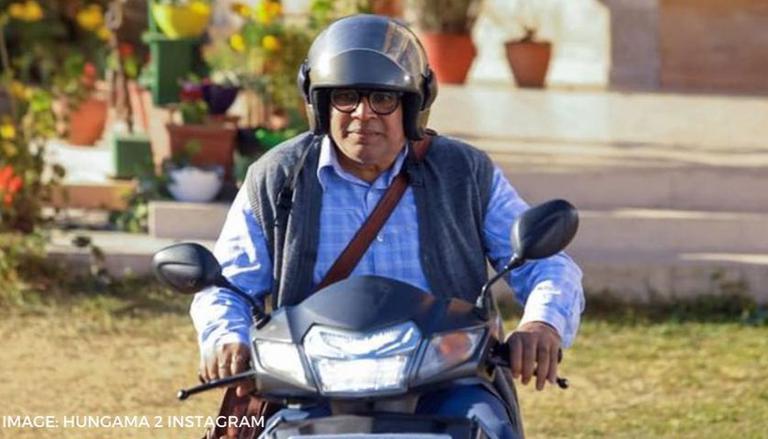 
In February 2021, it was revealed that the much-awaited Hungama sequel, directed by Priyadarshan will release in cinemas in 2021. However, currently, the cinema halls are shut as the nation fights against the second wave of the COVID -19 pandemic. Due to the ongoing situation, it has now been reported that Hungama 2 will be skipping a theatrical release and directly go to OTT. Read ahead to know more.

Hungama 2 will be releasing on OTT

Hungama 2, directed by Priyadarshan, featuring Paresh Rawal, Meezaan Jaffrey, Pranitha Subhash and others will premiere directly on Disney+Hotstar. A source close to the development told PinkVilla that the shooting of the movie has been wrapped up and the makers have got a lucrative deal from the streaming platform. The source also added that the deal has been locked verbally and the producers, Ratan Jain, Chetan Jain and Ganesh Jain are on the verge of closing it.

The deal is expected to be locked by next week, after which an official announcement will be made by the team of Hotstar. The source said that it is going to be a slate of new Hindi films that the platform will announce. Last year, it was Laxmii, Bhuj, Khuda Hafiz, Sadak 2 and Big Bull. For 2021, they have Bhoot Police and Hungama 2 in their kitty along with three more films that they are in talks. An official announcement will be made once the paperwork for all films will be completed.

Akshaye Khanna to be seen in a cameo

Hungama 2 is a sequel to the 2003 cult, Hungama that featured Akshaye Khanna, Aftab Shivdasani, Paresh Rawal, and Rimi Sen in lead. Though the Hungama 2 cast has been changed, Akshaye will be returning as a cameo in the movie and the makers are looking to take their audience by surprise. The source assured that it is a fun character and will bring the house down with laughter. In an earlier interview with PTI, Priyadarshan had revealed that he had approached Ayushmann Khurrana, Kartik Aaryan and Siddharth Malhotra for the sequel, but all of them turned down the film. The Hungama 2 release date has not been announced yet.