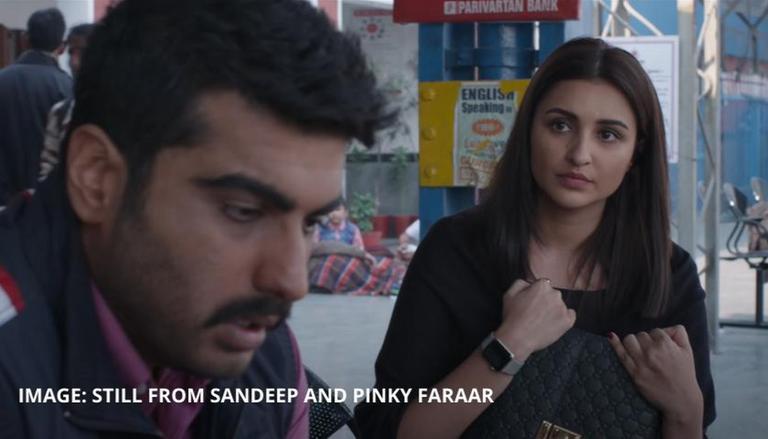 
Parineeti Chopra and Arjun Kapoor both debuted as lead actors together in Bollywood with Ishaqzaade in 2012. The duo got back together for the big screen for the drama movie Sandeep Aur Pinky Faraar. Parineeti Chopra and Arjun Kapoor both received praise for their performance in the movie. Parineeti recently conducted an Ask Me Anything question and answer session on her Instagram and responded to whether there was going to be a sequel for Sandeep Aur Pinky Faraar.

After receiving rave reviews about her latest movie, the actress revealed the possibility of an upcoming sequel to the same. Parineeti replied to a fan's question about Sandeep Aur Pinky Faraar 2 and wrote that she and her co-star Arjun Kapoor are ready to make the sequel. The actress wrote, "Baba and I are ready for Farrar 2".

Sandeep Aur Pinky Faraar was directed and produced by  Dibakar Banerjee. The movie follows the story of a man and woman who are two completely diverse people. Satyendra "Pinky" Dahiya (Arjun Kapoor) is a Haryanavi police officer while Sandeep Walia (Parineeti Chopra) is a top executive at a bank. However, they are joined together by their mistrust, suspicion, and hatred for each other, as they discern that Sandeep's boss is trying to hunt the two down.

Parineeti Chopra took to her Instagram and penned down a lengthy note and explained what went behind in the making of her character Sandeep from Sandeep Aur Pinky Faraar. In her post, the actress also thanked her director Dibakar Banarjee and her co-stars. A part of Parineeti's note read, "Sometimes a character takes you into a surreal zone, and even you don’t realise how much you are giving and doing as an actor. It’s like sleeping - you don’t have any control; you wake up, and realise you’ve been lying asleep on a bed the past 8 hours. SANDEEP was that for me. I went into a zone for 3 months and allowed the actor in me to take over. I was more than the roles I had done before this. I wanted to explore that. I shot the film and went to “sleep”. I woke up when you all watched Sandy. When I hear words like “awards”, “comeback”, it makes me emotional. Thank you Dibakar sir, for letting me go to sleep."