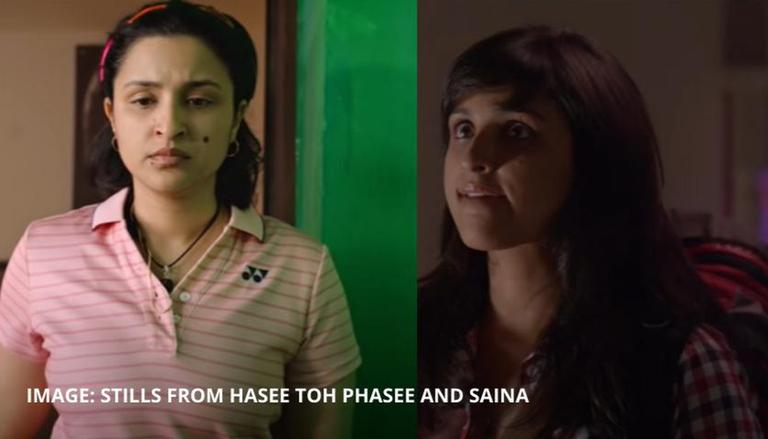 
Parineeti Chopra's latest movie Sandeep Aur Pinky Faraar has been garnering positive feedback from critics and audience alike. In the movie, Parineeti plays the role of a headstrong woman who is a top executive at a bank. Even as Parineeti’s character Sandeep is thrown into uncomfortable and life-threatening situations, she survives and skillfully shows how to take down the patriarchy. This film, like many others the actress has been in, shows us the power of women. Take a look at Parineeti Chopra's movies in which see the actor play non-stereotypical layered female characters.

Released in 2012, the movie also marks Parineeti's first lead role in Bollywood. In the movie, Parineeti plays the role of  Zoya Qureshi, a Muslim woman who falls in love with a Hindu boy from a rival family. Parineeti's headstrong character aspires to go into politics like her father, but her dream is continually laughed at by her family since she is a woman. The movie was a commercial success and Parineeti was praised for her performance. The movie also features Arjun Kapoor in the lead role,

In the movie, Parineeti plays the role of unconventional genius.  The actress's character in the movie manages to smash several stereotypes of society. Parineeti’s character doesn’t care about appearance and doesn’t put up a façade to appear attractive to the opposite sex. She is just concerned with is her research and her career, and goes about living a life no one in her family supports. The movie also stars Sidharth Malhotra in the lead role.

3. Girl On The Train

Based on British author Paula Hawkins' 2015 novel of the same name, the movie was a remake of the English movie. Parineeti plays the role of a troubled alcoholic woman who finds herself caught up in a murder investigation. With no memories of the night, the murder took place, Parineeti's character has to struggle to prove her innocence. The movie received mixed reviews but Chopra's performance in the movie was praised. The movie also featured  Aditi Rao Hydari and Kirti Kulhari in the lead role.

READ | Parineeti Chopra wants to get candid on Instagram, asks Gen Z for their advice

Parineeti's character in the movie is a free-spirited, independent, and open-minded woman who plays by her own rules. In the movie, Chopra's character gets in a live-in relationship and runs away from her wedding as she is afraid of putting a label on her relationship. The movie was a commercial success and also featured Sushant Singh Rajput and Vaani Kapoor in the lead role.

READ | Parineeti Chopra shares workout video of herself lifting weights; check it out

The movie is a biographical sports film based on the life of Badminton player Saina Nehwal. Parineeti took on the role of Saina Nehwal and impressed the audience with her performance. The movie received mixed reviews, but Parineeti's portrayal of Saina was highly raved by the critics.