Actress and filmmaker Divya Khosla Kumar took to Instagram and penned a hard-hitting note in support of actor Pearl V Puri and demanded his bail. 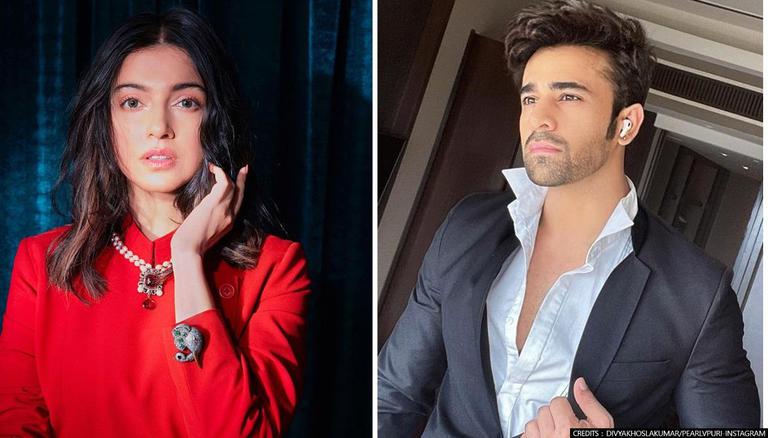 
A host of celebrities showed their support for actor Pearl V Puri after he was arrested for allegedly raping a minor girl. Actress Divya Khosla Kumar who has worked with the actor for a music video Teri Aankhon Mein took to Instagram and penned a note while taking a stand in support of the actor. As per ANI, a case has been registered against the actor under Section 376 (rape) of IPC and Protection of Children from Sexual Offences Act(POCSO) Act, 2012.

Divya has been penning hard-hitting notes on social media and has been demanding justice for the actor. While, in an earlier interview, she admitted that Pearl is being used "to settle scores", she has now penned an angry note demanding his bail. She gave a detailed view about the life of the actor and how is struggling alone to fight the case and ‘prove his innocence.’ She requested that the least people can do is ‘release him on bail.’ She wrote that ‘he's not running away anywhere but why to snatch the basic human right from him to defend himself?”

“There were sm comments on my handle that why I'm trying to be the judge myself in the #pearlVpuri case..well let me update you all a little further...Pearl's father passed away a few months back, his mother is suffering from a life-threatening disease...Rape charges of a 5ys old have been put on Pearl for which there is no bail under the POCSO act. now, who will fight his case for him...who will hire a lawyer for him & look into all intricacies." She further wrote, "His ailing mother is a senior citizen & starts crying every few seconds...He's ready to fight his case & prove his innocence but at least releases him on bail. He's not running away anywhere but why snatch the basic human right from him to defend himself? WHY????"

Earlier, Divya shared a long note supporting Pearl V Puri and claiming to give a clear picture of the actual events. , Divya shared a picture of the little girl's parents. She then went on to reveal the identity of the couple. She said that the man, Anil Donde, had falsely accused Pearl V Puri of molesting his child. She claimed that Anil and his wife, actor Ekta Sharma, were fighting for their daughter's custody for the past two years. Ekta Sharma, who was one of the cast members of Bepanaah Pyaar, had taken the little girl on the sets of the show where Pearl had allegedly molested her. Divya further claimed that the original FIR was filed in 2019 and that Pearl's name was not mentioned in the FIR report. Divya mentioned in the note that she had personally read the report and noticed that the lead actor was not mentioned.