Pooja Bedi's Birthday Quiz: Can You Guess Her Films Based On Their Plots And Characters?

On the occasion of Pooja Bedi's birthday, here is a look at a fun quiz which will help you assess your fandom. Have a look at the quiz with details here. 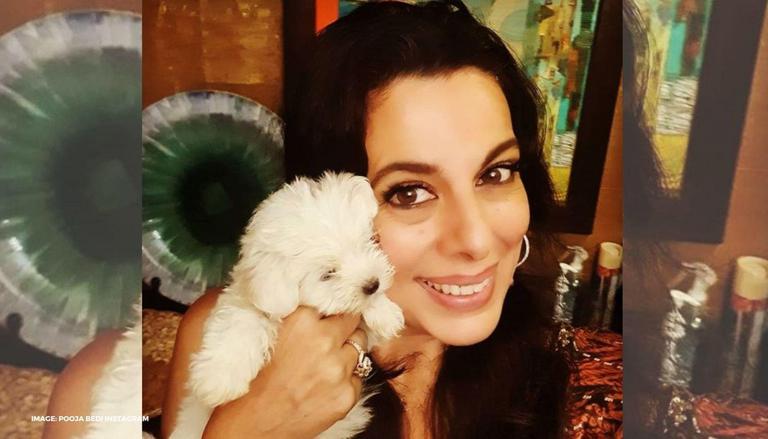 
Pooja Bedi is a celebrated Bollywood actor who is celebrating her 50th birthday on May 11, 2021. The actor has been a part of a variety of Bollywood films that span across different genres. If you are a fan of the actor, here is Pooja Bedi's birthday quiz for you to figure out how much you know about the actor's films and characters.

1.   A recent love story where Pooja Bedi played a single mom with a strong personality.

4.     The Pooja Bedi starrer that brought together the exceptional duo, Aamir Khan and Rajinikanth.

5.     The film where Pooja Bedi played an artsy middle-aged lady with a strong sense of individuality and independence

6.     Pooja Bedi played a key role in this film where the protagonist falls for a mentally unstable woman.

9.     This film showcased Pooja Bedi's character as a gold digger with a snobbish attitude.

10.     Pooja Bedi played a supernatural character in the film with a strong sense of vengeance.

11.     Pooja Bedi played a woman who was unintentionally responsible for a broken marriage in this film.

12.     Which was the movie that brought Mithun Chakraborty and Pooja Bedi in the same frame?

13.     A Bollywood drama where Pooja Bedi seeks revenge from a snakeskin smuggler.

14.     In which Bollywood film did Pooja Bedi play an obsessive lover with strong shades of grey?

15.     What was the name of the romantic drama where Pooja Bedi was showcased as a college diva, stuck in a love triangle?

Pooja Bedi plays the role of Zoya’s mother in this film, who steals the show with her forward and open-minded thinking. She is extremely proud of her child and is always supportive of her.

Sakhti is a south Indian film where Pooja Bedi is seen sharing screen space with superstar NTR. She plays the character Faqtooni while NTR plays the role of a tour guide who falls in love with the daughter of a powerful politician. (Ileana D’Cruz)

In Jo Jeeta Wohi Sikandar, Pooja Bedi has a famous scene where her skirt is seen flowing with the wind while she tries to hold it down, in the song Pehla Nasha. This scene has been inspired by Marilyn Monroe’s iconic skirt blowing up scene.

Aatank Hi Aatank is an action film which hit the theatres in 1995. The film brings together Aamir Khan and Rajinikanth in the same scene while actors like Pooja Bedi and Om Puri play the supporting characters.

In Comedy Couple, Pooja Bei plays the role of a woman named Zohra, who is a celebrated artist with a strong sense of independence. She loves her life and lives it to the fullest as much as possible.

Pooja Bedi was seen sharing screen space with Pooja Bhatt and Rahul Roy in this film. She played the supporting character while Rahul Roy plays the lead who falls in love with a woman with certain disabilities.

The film Lootere features various celebrated actors including Sunny Deol and Juhi Chawla in the lead role. Pooja Bedi, on the other hand, plays Anupam Kher’s sister who stands with him in the deepest crisis.

In Chittemma Mogudu, Pooja Bedi is seen playing the role of a young doctor who also treats the protagonist at the time of her pregnancy. The film also featured actors like Divya Bharati and Mohan Babu in lead roles.

In this film, Pooja Bedi has been shown as an opportunist who only wants to be associated with the rich and the famous. Her character is also the victim in some parts of the film but the narrative is quick to flip over.

In Vishkanya, Pooja Bedi is seen transforming into a supernatural character after consuming a unique pill. Her character also seeks revenge from the villain who killed her entire family.

In Chittemma Mogudu, Pooja Bedi is shown as a woman who is trapped in a tricky situation amidst a married couple. She also faces strong hatred from a patient who blames her for her broken marriage.

In the film Military Raaj, Pooja Bedi is seen playing the role of a woman named Madhu, a supporting character in the film. This movie also stars Mithun Chakraborty, Pooja Bedi, and Pratibha Sinha in key roles.

In Lootere, Pooja Bedi plays a negative character who also supports the villain endlessly. She falls madly in love with Naseeruddin Shah’s character and also tries to seduce him in one of the scenes.

In Jo Jeeta Wohi Sikandar, Pooja Bedi has been showcased as a college diva named Devika who makes heads turn with a simple look. She is also seen stuck in a love triangle with Aamir Khan and Ayesha Jhulka’s characters.