Actors Pooja Hegde and Bhumi Pednekar took to Instagram to share videos of the waterlogged streets of Mumbai. The city is experiencing heavy rainfall on June 9. 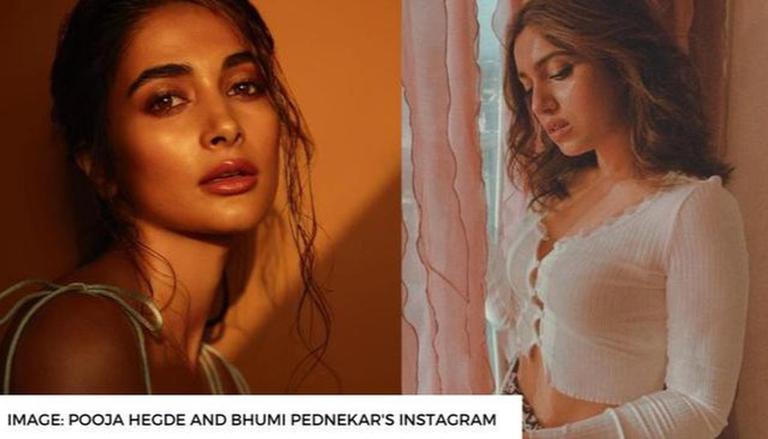 
The city of Mumbai is infamous for its waterlogged streets during the monsoon. Each year, when it rains heavily, the city goes into a dull stupor as the rainwater has no escape from the streets. Actors Bhumi Pednekar and Pooja Hegde were out in the cars on one such day and took to Instagram to share their experience.

Pooja Hegde took to Instagram to share short videos on her story. She added the caption, "What do I even say" in the first story where she showed her face and then switched focus to the waterlogged streets. Pooja is wearing a neon green outfit and is not sporting any makeup. In the next story, she added the caption, "Time to buy a boat?" and zoomed in on the street where the water is seen splashing off the boundary walls. A song can be heard playing in the car. 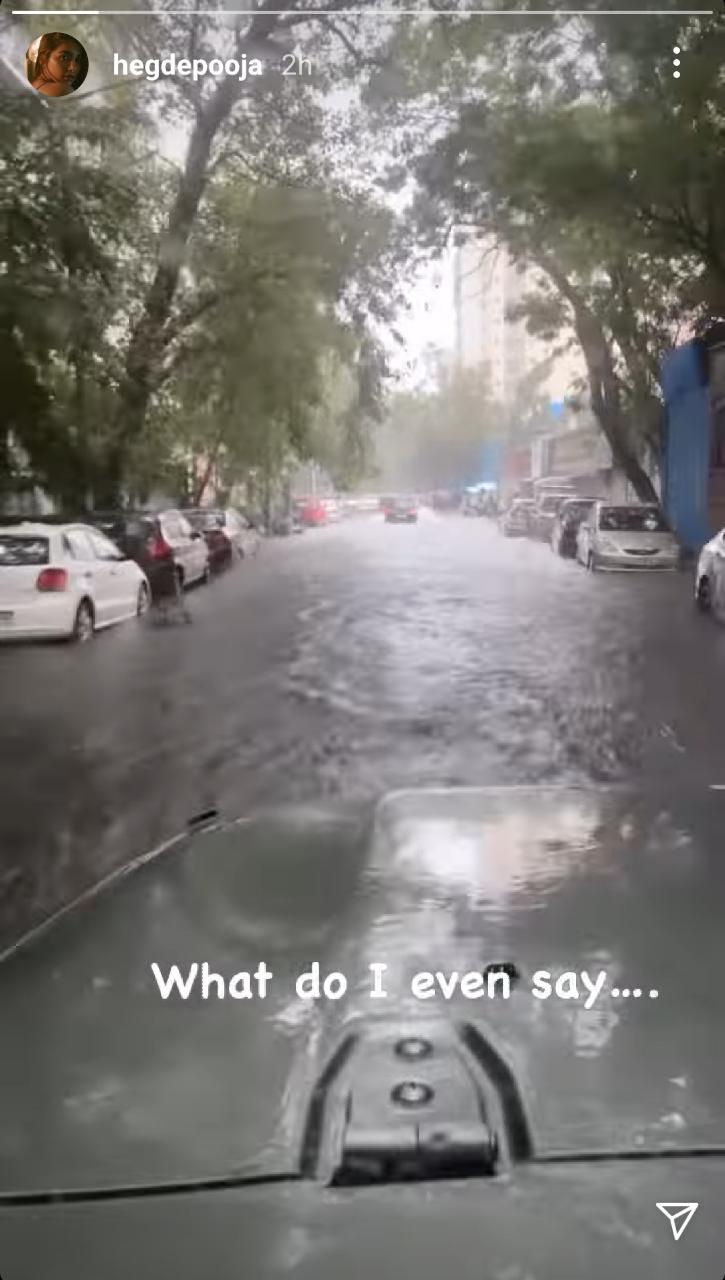 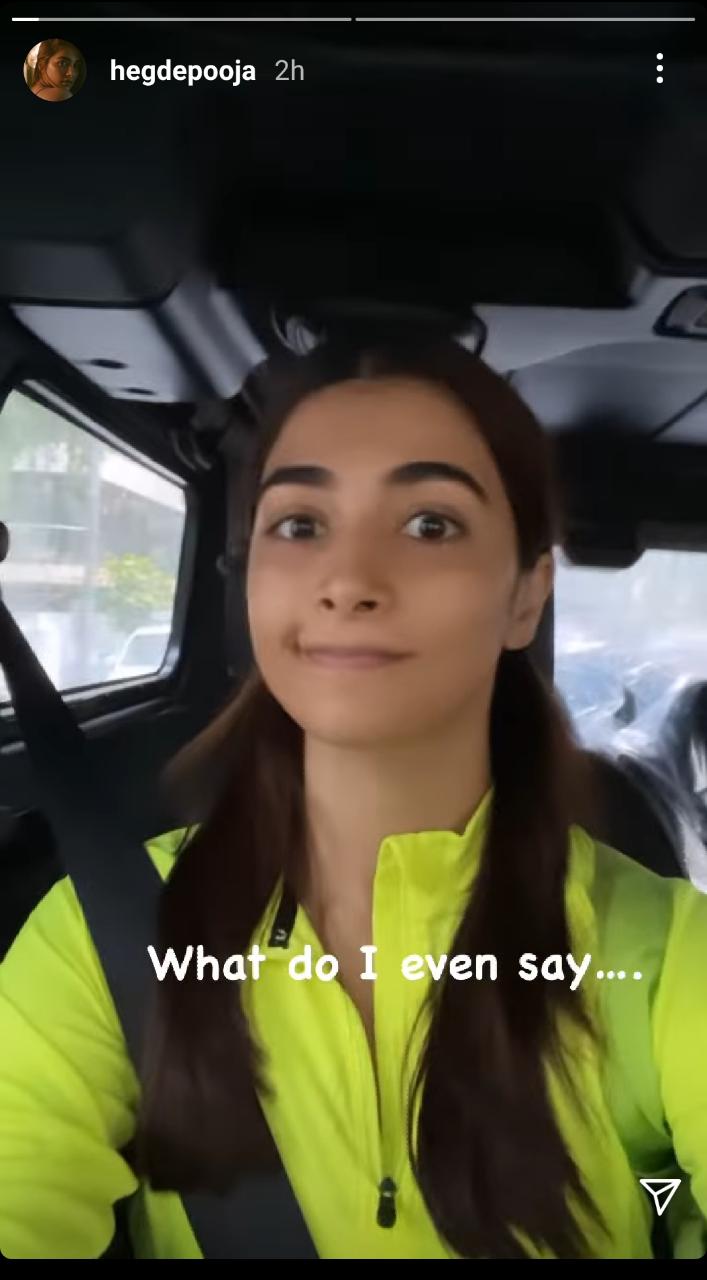 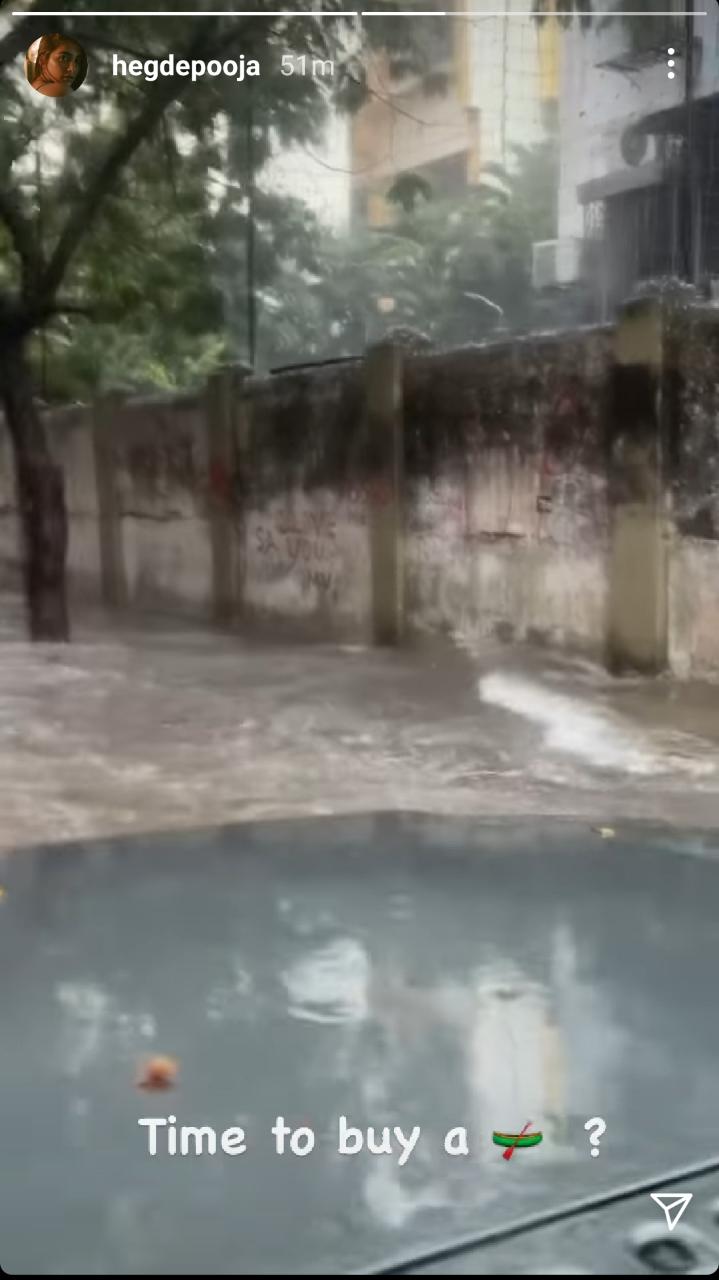 Next up is Bhumi Pednekar who shared two short videos from her car. A song Joan of Arc can be heard playing in the car, and Bhumi exclaims "OMG" as she captures the water-filled streets. She captioned the stories with "Mumbai rains & traffic". There is a row of auto-rickshaws ahead of her vehicle as she is seen travelling near a highway. In Bhumi Pednekar's Instagram story, the actor herself is not seen but only heard when she exclaimed at the amount of water on the streets. 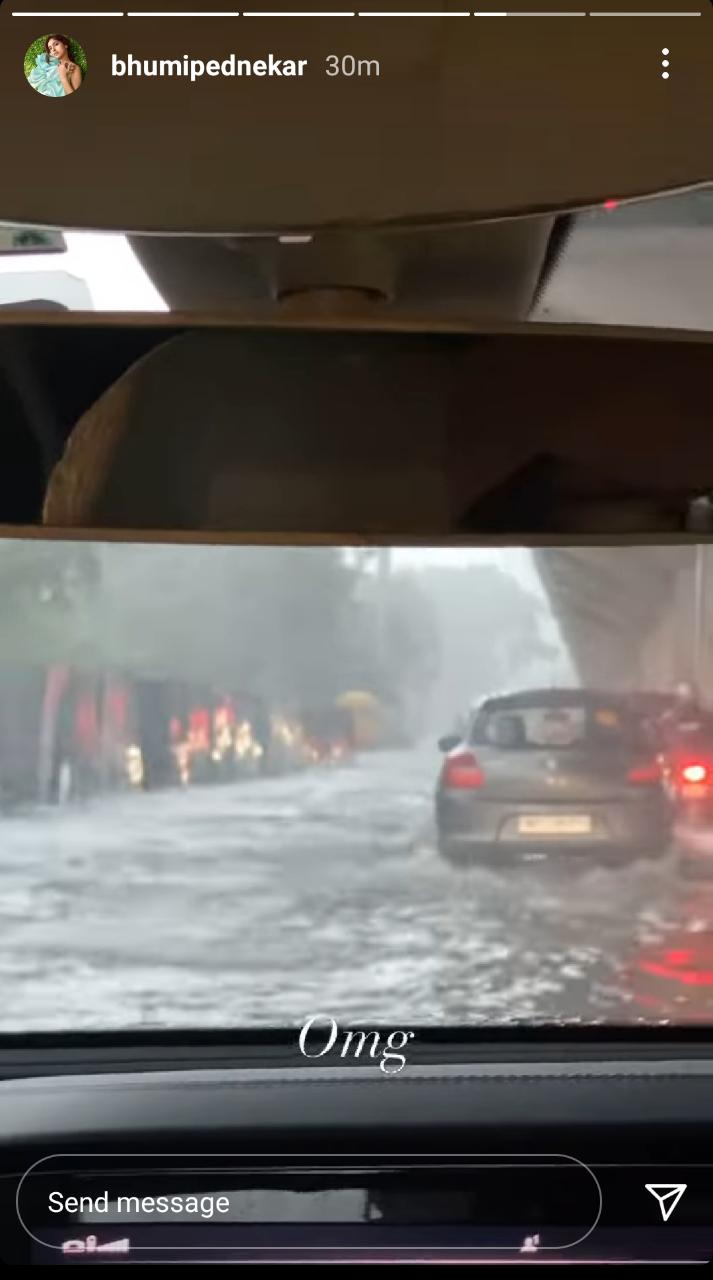 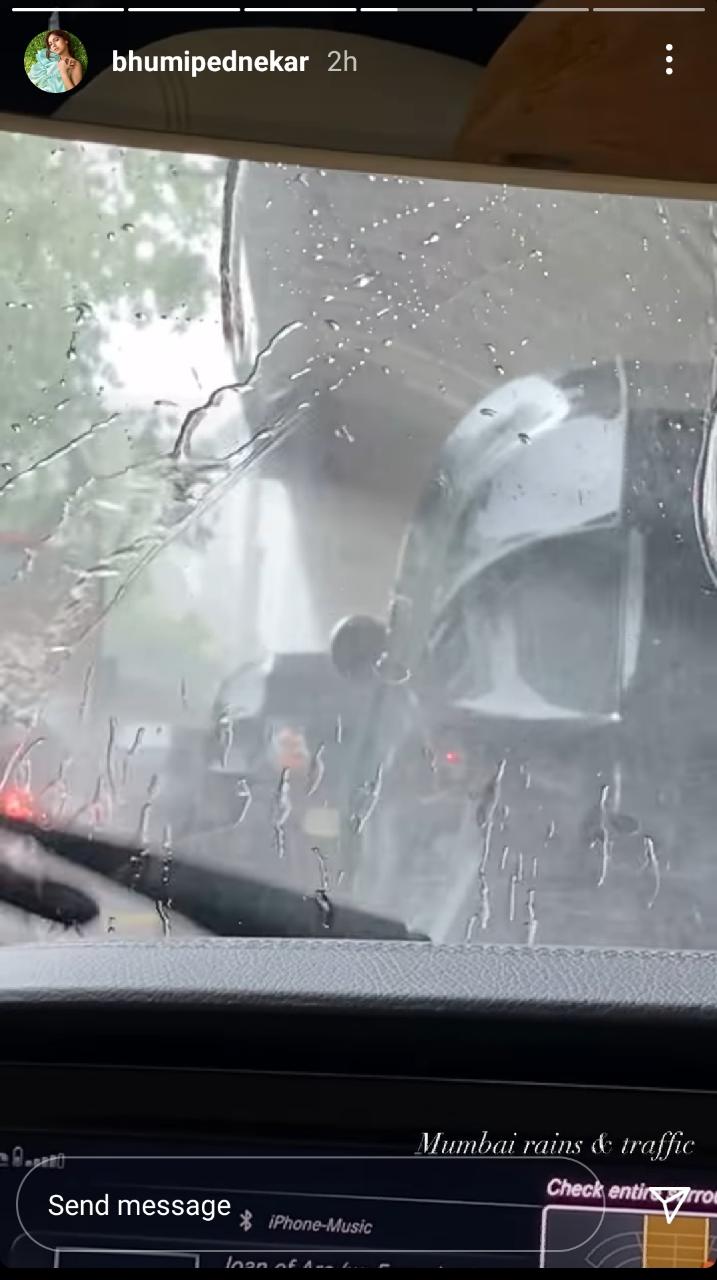 A look at Bhumi and Pooja's upcoming movies

Pooja Hegde will be next seen in a bunch of Telugu language films like Acharya, Radhe Shyam and Most Eligible Bachelor. These movies will feature popular Telugu actors like Ram Charan, Prabhas and Akhil Akkineni. She will also be seen in the upcoming Hindi film Cirkus alongside Jacqueline Fernandez.