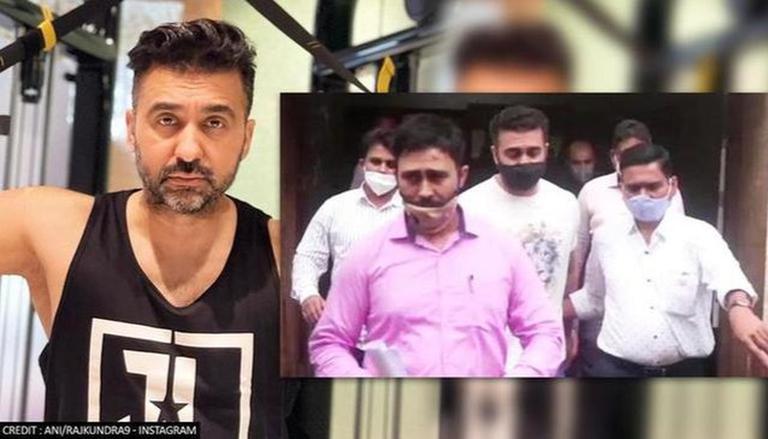 
A day after the Crime Branch of Mumbai Police submitted a 1467-page supplementary charge sheet, Bollywood actor Shilpa Shetty's husband and businessman Raj Kundra has withdrawn his bail application from the Mumbai Sessions court. In the supplementary charge sheet, the Crime Branch has named Raj Kundra, his companion Ryan Tharp among others, as part of the racket in which 'struggling actors were lured into getting semi-nude, nude pictures and videos shot' which were later uploaded on Apps like Hotshots.

Raj Kundra and Ryan Tharp were arrested by the Mumbai crime branch on July 19 and are currently in jail under judicial custody. Their bail pleas were pending before a Mumbai sessions court, however, the businessman has now withdrawn his application after recent developments.

Apart from Kundra and Tharp, Raj Kundra's brother-in-law Pradeep Bakshi and Arvind Kumar Srivastava alias Yash Thakur are accused in the case. Sufficient evidence has been gathered against these two persons, so they could also be arrested if the police trace them.

The statements of 47 witnesses have been recorded, which includes Raj Kundra's wife, Bollywood actress Shilpa Shetty. Her statement had been recorded as a witness.

Shilpa was a 24.50% shareholder in Viaan Industries as a director when the company had been launched in 2015. She had, however, resigned from the post in 2020.

A WhatsApp chat and email trail have also been mentioned in the charge sheet. Details of the conversation in two WhatsApp groups, where Raj Kundra was the admin, have surfaced. His conversations with Saurabh Kushwaha, the director of Armprime Media Private Limited, the company Kundra set up through he used to upload sexual content too have been exposed.