Prabhas and Kriti Sanon begin shooting for the latest schedule of their upcoming film, ‘Adipurush’ in Mumabi. The film will be directed by Om Raut. 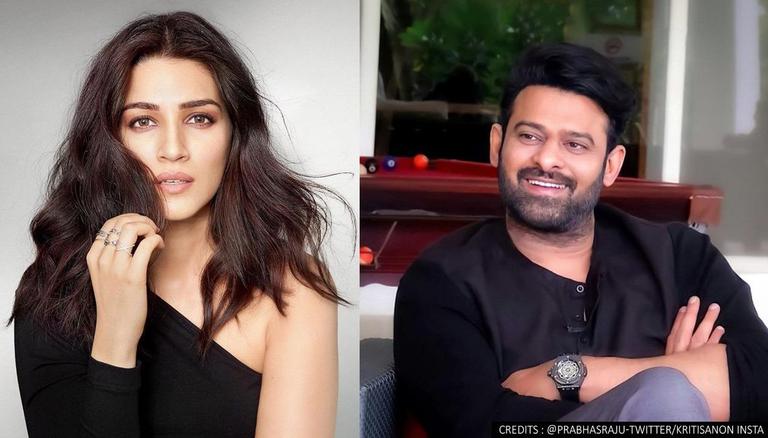 
Prabhas and Kriti Sanon have headed to Mumbai to shoot for the latest schedule of their upcoming film, Adipurush. Prabhas will take on the role of Lord Ram in the film, while Kriti Sanon will essay the role of Sita. The mythological film will be directed by Om Raut.

Team Adipurush began shooting for the film in Mumbai when things came to a sudden halt owing to the second wave of the pandemic in the country. However, the shoot is back on track with the actors and crew members currently filming in Mumbai. Apart from seeing Prabhas and Kriti Sanon in lead roles, viewers will also witness Saif Ali Khan and Sunny Singh take on the roles of Ravan and Lakshman respectively.

Adipurush will be based on the Hindu epic Ramayana. The film is set to make a theatrical release on August 11 next year. Fans anticipate the release of the film as it stars Prabhas, Kriti Sanon, Saif Ali Khan, and Sunny Singh in pivotal roles. The Om Raut directorial will be shot simultaneously in Telugu and Hindi. The dubbed version of the film will also be available in Tamil, Kannada, and Malayalam. Prabhas took to his Instagram account in March to welcome Kriti Sanon and Sunny Singh to the sets of the film.