Prabhas took to his social media to share a doting birthday wish to actor Sunny Singh who will be soon sharing screen with the former in Adipurush. 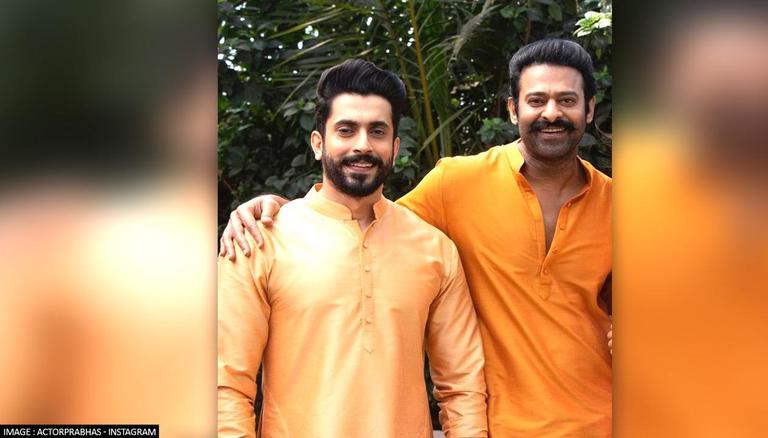 
Touted as one of the biggest films of the Indian film industry, Om Raut's upcoming mythological drama Adipurush has already created quite a stir among the netizens. Armed with a star-studded cast, the big-budgeted movie is all set to hit the big screen next year. Adding to the excitement of the fans, lead actor Prabhas has taken to his social media to share a special birthday wish to his co-star Sunny Singh.

Prabhas took to his Instagram to wish his Adipurush co-star Sunny Singh as he turns 36-year-old on October 5. Sharing the image of a heartwarming caption, netizens got a glimpse of their friendship off the screen. He wrote, ''Happy Birthday bro @mesunnysingh. Had lots of fun with you on the sets. Have a beautiful day.''

Sunny Singh was quick to reply to the actor as he took to the comment section to thank him. He replied, ''Thank you so much my big brother ❤️🙏''. In the upcoming movie, Prabhas plays the titular role of Adipurush while Sunny will be seen in the role of Lakshmana.

Netizens could not help but swoon over their brotherhood as many swarmed the comment section with strings of heart emojis. Many users also expressed their anticipation to see together on the big screen in Om Raut's magnum opus.

Along with Prabhas and Sunny Singh, Om Ruat's passion project also features Kriti Sanon as Sita, Saif Ali Khan as Lankesh, Devdatta Nage, Vatsal Sheth and more. The movie will be shot simultaneously in Telugu and Hindi. It is scheduled to be released on August 11 next year. It will also be released in 3D in multiple languages and is considered one of the most expensive Indian films ever made

On the work front, dubbed as one of the biggest stars of the South Indian entertainment industry, Prabhas is busy with multiple films in his kitty. Soon to be seen in Radha Krishna Kumar's Radhe Shyam opposite Pooja Hegde, he is also currently shooting for the untitled movie helmed by Nag Ashwin. He will also be seen in the forthcoming actioner Salaar.

WE RECOMMEND
Prabhas to announce new film as he completes 25 years in industry on October 7?
'Adipurush': Prabhas-starrer to release next year close to Independence Day
Prabhas and Deepika Padukone starrer 'Project K' to commence shooting soon
Kareena Kapoor relishes the 'best' biryani ever; thanks Prabhas for 'insane meal'
Prabhas and Pooja Hegde's period drama 'Radhe Shyam' to stick to the original release date
Listen to the latest songs, only on JioSaavn.com