Prateik Babbar took to Instagram on Monday, May 10, 2021, to share an unrecognisable picture of his mom Smita Patil along with her mother Vidyatai Patil. 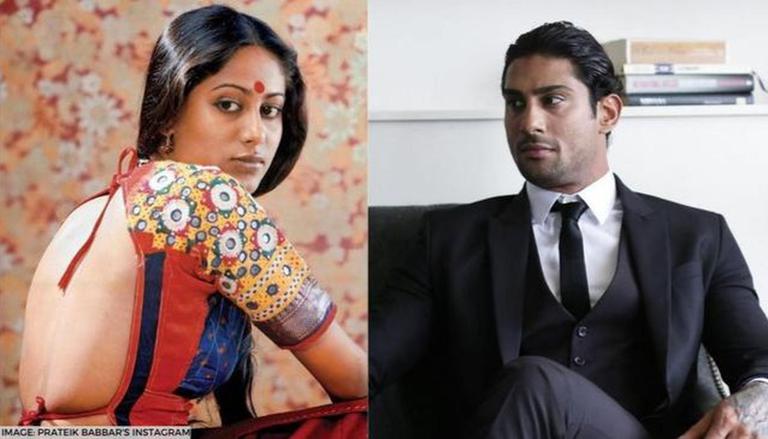 
Ekk Deewana Tha actor Prateik Babbar took to Instagram on Monday, May 10, 2021, to share an unrecognisable picture of his mother Smita Patil along with his grandmother Vidyatai Patil that is truly unmissable. Along with the picture, the actor penned a simple caption. On seeing this post, fans have gone all out to pen some sweet and happy messages.

Taking to his Instagram handle, Prateik Babbar shared a throwback picture of his mom where she is seen striking a pose with her mother. In the picture, Smita can be seen holding her mom from behind and is all smiles for the camera. She is seen donning a white salwar suit along with a red embroidered coat. Along with the picture, Prateik captioned the picture with a red heart and infinity emoji. Take a look at Prateik Babbar's Instagram post below.

As soon as the actor shared the post online, fans were quick enough to flood the comment section with all happy and sweet notes. Some of the users added many happy emojis, while some were all gaga over the post. One of the users wrote, “this is so sweet”. Another user wrote, “love this pic”. Take a look at a few more comments below. 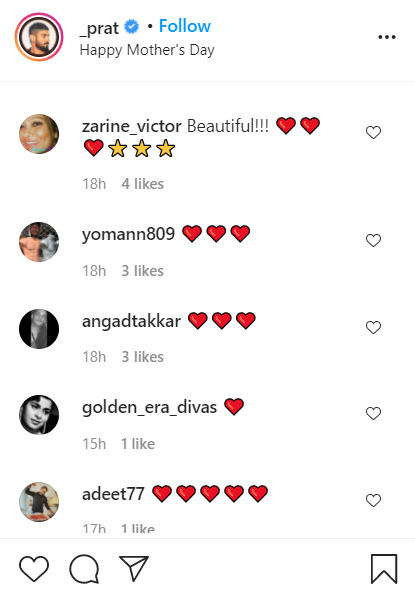 This is not the first time Prateik paid a heartfelt tribute to his mother on his social media handles. He often goes on to share several pictures, videos, stories and more of his mother in her remembrance along with heartfelt captions. On Tuesday, Prateik Babbar took to Instagram to post a touching tribute to his late mother, actress Smita Patil. With the letter 'A' inscribed like a star on his chest, the Ek Deewana Tha star inked his mother's name. He inked his mother's birth year and added an infinity symbol beside it to give it an everlasting love touch.

He wrote in the caption, "linked my mother's name on my heart.. smita #4ever". Many celebrities, including actors Mrunal Thakur, Anup Soni, and Priya Banerjee, used red hearts emoticons to share their love in the comments section. Aarya Babbar and actor Juhi Soni Babbar, his half-siblings, also expressed their admiration in the comments section. Take a look at the post below.