'Mohabbatein' fame actor Preeti Jhangiani opened up about how she was typecast as a 'bechari bahu', with fans not accepting her in edgy roles. 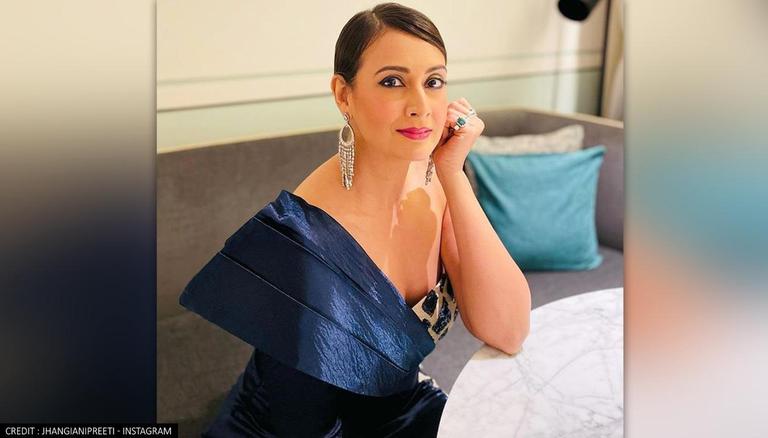 
Preeti Jhangiani, who essayed the role of a shy dancer, mesmerising Jimmy Shergill in the superhit film Mohabbatein, has revealed that she had been stereotypically looked at as a 'bechari bahu (helpless daughter-in-law), with fans only wanting to see her in sarees, disapproving her kissing scenes. Preeti has now turned producer after being in the industry for more than two decades, eyeing good OTT projects for her to star in. In an exclusive interview with a leading daily, she looked back on her debut, her experiences in the film industry, her marriage, kids and a lot more.

Preeti Jhangiani was typecast as a 'bechari bahu'

The actor, said in an interview, that the audiences to date want to see her only in sarees, still being hesitant to witness her essaying edgy roles. She mentioned that she wanted to branch out, but she didn't receive fan's support. Speaking about the negative character she essayed in the movie Victoria No 203, Preeti said she loved it so much that the photos from the movies are used by her even today. Reiterating that she couldn't escape the stereotype image of her, she said the fans couldn't see her doing a kissing scene, despite her doing one in the Rajshri video.

She added that some people still tell her 'not to wear anything but just saree kind of things'. She also mentioned that people still refer to her as the 'Chhuimui girl' or the 'Mohabbatein girl', mentioning that she's fine with being stuck with these 2 tags. She also demanded to be offered some other roles midway in her career as she didn't want to be the victimised daughter in law. She added that however she was given other opportunities, the typecast stays with her to date.

READ | Remember Jugal Hansraj? Here's what the charming boy-next-door from 'Mohabbatein' is up to

The actor, who is now married to actor Parvin Dabas and is a mother to two boys, said that in real life she wasn't at all like the characters that she essayed on screen. Jhangiani mentioned that her parents were of a broad mindset and she didn't even own a pair of 'salwar-kurta'.

READ | Preeti Jhangiani then and now: A look at 'Mohabbatein' actor's transformation on her b'day

For the unversed, Preeti made her first public stint by featuring in a Rajshri Productions music album Yeh Hai Prem in 1997. She is known for her work in Mazhavillu and her Bollywood debut with super-hit multi-starrer film Mohabbatein in 2000 opposite Jimmy Shergill. She is also known for appearing in Nirma Sandal soap ads and also various other ads.

READ | Remember Preeti Jhangiani? Here's what the 'Mohabbatein' actor is up to