'Prithviraj' trailer launch: Akshay Kumar answered if he will host a screening of the historical film for PM Narendra Modi, with whom he shared a good bond. 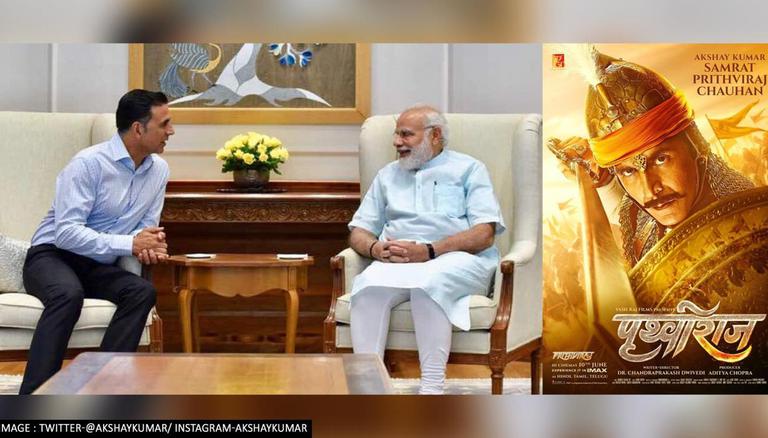 
Actor Akshay Kumar, who is known for his versatility in films, has time and again impressed fans with his impeccable craft. After facing several hiccups before the release of his much-awaited historical drama Prithviraj, the actor finally dropped the trailer of the forthcoming release. Directed by Dr. Chandraprakash Dwivedi, Prithviraj brings to life the story of the Rajput warrior king Prithviraj Chauhan, as detailed in Prithviraj Raso. It also stars Manushi Chhillar in the role of his wife, Sanyogita.

During the grand trailer launch of the film on Monday, Akshay addressed several questions asked by the media and one of them grabbed the attention of the audience. The actor, who has featured in several patriotic films in his career, has often received words of encouragement from Prime Minister Narendra Modi.

Given the equation that the two personalities share, Akshay was asked by mediapersons if he would host a special screening of Prithviraj for Prime Minister Narendra Modi. The actor replied, "Who am I to show the film to PM Modi? If he wants to watch it, he will. I am sure."

For the unversed, the actor in 2019, had interviewed PM Modi and the two had a light-hearted conversation about multiple topics. Meanwhile, recently, Akshay Kumar shared a video of PM Modi singing a patriotic song in Berlin with a young boy. He wrote, "@narendramodi Ji, you gave him the moment of his life."

With the film giving a recap on the life of brave warrior Prithviraj, Akshay also made a special request to the government. Bollywood's Khiladi stated that he would request the government to make the film available for compulsory viewing in school so that children could learn from the movie.

The 54-year-old actor said, " Everything you see in the film is true, it has indeed happened. But we don’t know about it. I really find it amusing. Dr. Saab (director) has been researching this for 18 years! That’s the amount of hard work he has put into the film.”