Actress Priyanka Chopra took to her Instagram and shared pictures as she enjoyed her trip to London with her dogs and drinks. Take a look at the pictures here 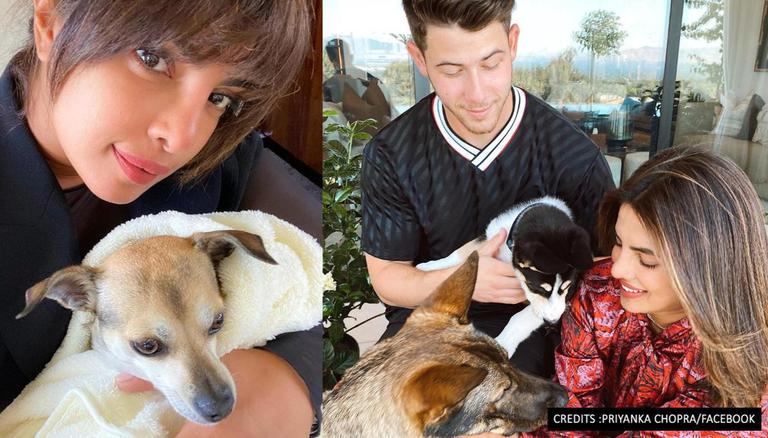 
Actress Priyanka Chopra was recently seen enjoying her time in London. The actress took to her Instagram and shared pictures from her trip. In the pictures, Chopra was seen playing with her dogs and savouring a drink. Piggy Chops and her husband Nick Jonas together have three dogs. 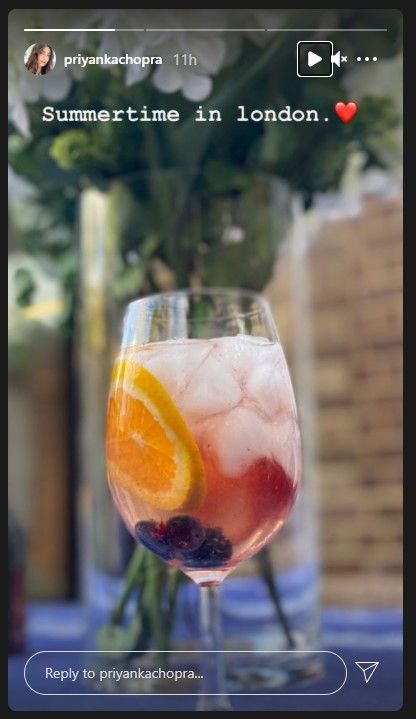 The actress first shared a picture of a colourful drink with an orange slice and blue flowers. She wrote " summertime in London" as she shared the photo. 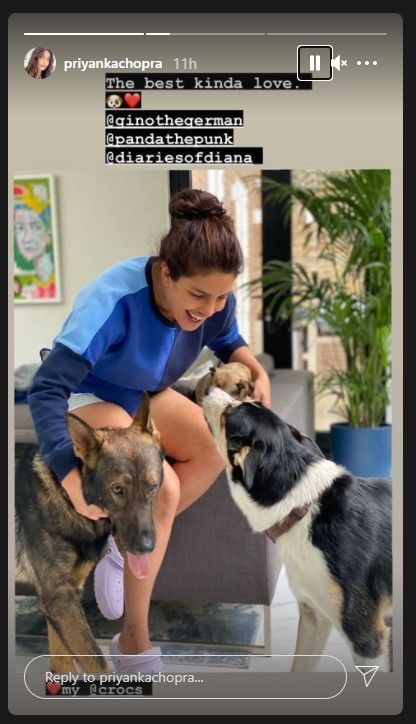 The second photo featured Chopra's three dogs with her, the actress sported a blue sweater and shorts. As she shared the photo she tagged all her dogs' accounts and wrote: "best kinda love".

READ | Priyanka Chopra on how her achievements are 'blindsided' by gossip: 'It's frustrating'

Priyanka Chopra took to her Instagram and shared a picture as she cuddled up to her pet pooch Diana. The actress had adopted Diana a few years back when she did an interview where puppies were unleashed on her, that's where she met Diana. The actress wrote "Reunion  #quarantinelife" as she shared the post.

Recently, Priyanka Chopra's Instagram featured a video on the occasion of World Refugee Day. The actress who is also the national UNICEF Goodwill Ambassador for Child Rights shared a video of her trip to various refugee camps. While she shared the post she penned down a lengthy note to honour the refugees. A part of her note read "Today, we honour the strength and courage of people who have been forced to flee their home country to escape conflict or persecution. While we’re all dealing with the effects of the pandemic, the plight of refugees across the world continues. The children are affected the most, witnessing pain and suffering that no child should. The stories they told me… shook me… so many horrifying experiences… it’s hard to understand. For their sakes, we must never forget.

On the work front, Piggy Chops will next be seen in the romantic drama Text for You opposite Sam Heughan and Celine Dion. She had also been cast in an undisclosed role in Matrix. Chopra is also set to star alongside Mindy Kaling in a comedy about an Indian-American wedding.

WE RECOMMEND
Priyanka Chopra is 'so proud' of Nick Jonas for THIS reason; see post
Priyanka Chopra shares reunion pic with her furry companion, Nick Jonas reacts
Priyanka Chopra reads out hair mask reviews from fans; Parineeti exclaims, 'why so cute?'
Nick Jonas and Priyanka Chopra: Throwback to when the couple played the newlywed game
UP Mahila Cong president accuses state VP of molestation; pulls up Priyanka for situation