Priyanka Chopra recently arrived back in the US after a brief stay in India and was seen attending Jonas Brothers' concert to support her husband Nick Jonas. 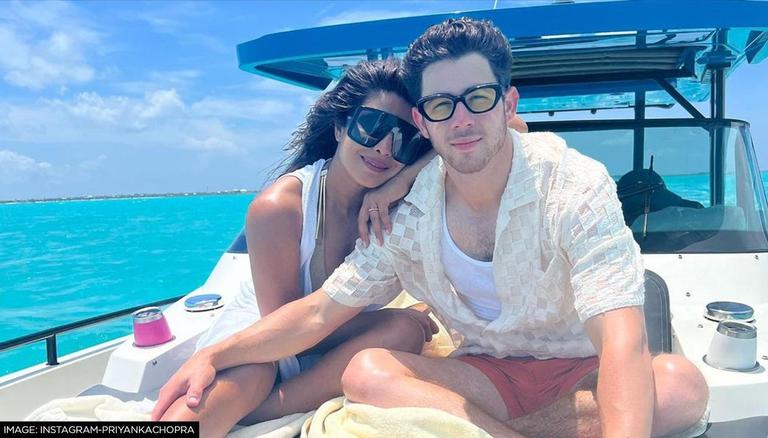 
Priyanka Chopra has arrived back in the US after a brief stay in India and was recently seen attending Jonas Brothers' concert to support her husband Nick Jonas. The Citadel star got a shoutout from Nick during the gig, as he mentioned that one of the songs was actually sung by his brother at the couple's wedding in India. Following Nick's special mention, the crowd could be seen cheering for the duo, leaving Priyanka beaming with joy.

In the video making rounds on social media, Nick could be heard saying, "He actually sang this at me and my wife's wedding," as Priyanka smiled in the crowd. The actor looked stylish as usual, wearing an animal print blouse and denim. Take a look.

Reacting to the video, fans dropped comments like, "Awww, Love!! I love how Nick always mentions or gives a shout-out to Pri when she's in the audience," "Aww love love love when he mentions Pri his wife," among other things.

Shortly before, Priyanka also attended Jonas Brothers' concert in Las Vegas, where she was seen alongside her mom Madhu Chopra and mother-in-law Denise Jonas.

During her visit to India, Priyanka was busy with promotional events for her haircare brand following which she also travelled to Lucknow for a field trip as part of her association with UNICEF. She returned to Los Angeles days ago and shared an adorable picture with Nick Jonas and their daughter Malti.

The actor was seen cuddling their daughter as Nick looked on. Sharing the picture, the actor wrote, "Home" followed by a trail of emoticons.

On the work front, Priyanka was last seen in The Matrix Resurrections. She now has an all-female-led road-trip movie titled Jee Le Zaraa with Alia Bhatt and Katrina Kaif. Apart from this, Chopra will be seen in Russo Brothers-backed Citadel as well as in the Hollywood project Love Again alongside Sam Heughan and Celine Dion.