Victoria's Secret will be kicking off the 'VS Voices Podcast' with Priyanka Chopra Jonas appearing as the first guest on October 6. Read further. 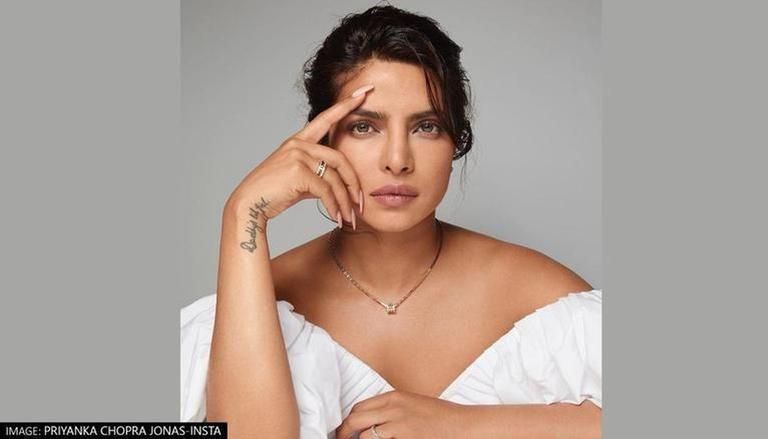 
Earlier this year, Victoria's Secret made headlines when it announced a major rebranding that replaced its Angels with a new set of spokeswomen- Priyanka Chopra Jonas, soccer star Megan Rapinoe, Brazilian model Valentina Sampaio (who is also the brand's first transgender model in 2019) and others, under its VS Collective Podcast.

According to People magazine, Victoria's Secret will be kicking off the VS Voices Podcast with Priyanka Chopra Jonas appearing as the first guest. The podcast will be hosted by an award-winning broadcaster, journalist, and a member of the inaugural VS Collective, Amanda de Cadenet.

According to the report, the newly-formed initiative will feature raw conversations with dynamic women in the industry and several other members of the VS Collective, who 'share a common passion to drive positive change.' The first episode will be kicked off by Indian actor Priyanka Chopra Jonas.

For the first episode, Chopra Jonas will be seen opening up about how she defines herself, how she expresses her feelings, and what her experience was like growing up in a patriarchal society. The actor and activist will also discuss racism, faith, processing grief, self-love, and of course, will also talk about her musician husband, Nick Jonas.

The 39-year-old said that she joined the VS Collective 'to be a part of something that inspires community and supports people.' She said that she 'truly enjoyed coming together with Amanda de Cadenet as a fellow VS Collective member to hopefully open up the dialogue/the stage for others to share their stories and take charge of their own lives and journeys.'

Speaking about Priyanka Chopra Jonas, host Amanda de Cadenet praised the 39-year-old actor and said, "Priyanka is the complete package of smart, gorgeous, humble, and mindfully intentioned." She added, "And she's a trailblazer!"

Other podcast guests are yet to be announced, however, Amanda de Cadenet hinted that the listeners can expect 'candid, deeply personal' interviews 'with an underlying and persistent focus on the human experience of womanhood.' VS Voices Podcast will premiere on Wednesday, October 6 on Spotify, Apple Podcasts, and Google Podcasts.