Rhea Kapoor and Karan Boolani tied the knot in a private affair. Here is how Priyanka Chopra, Kareena Kapoor and other celebrities congratulated the couple 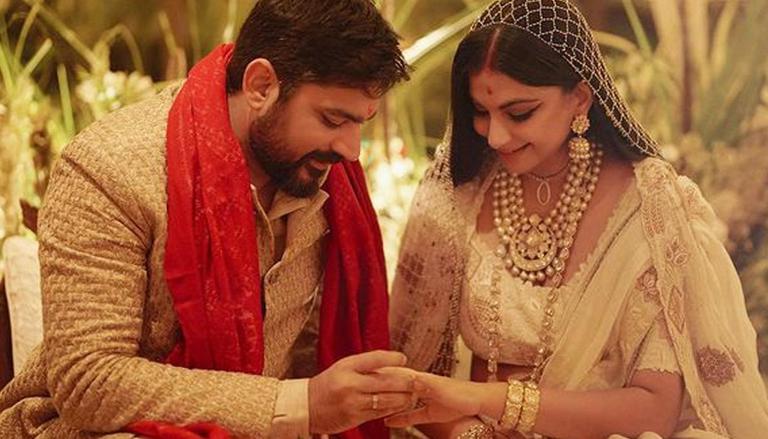 
Celebrity stylist Rhea Kapoor and filmmaker Karan Boolani tied the knot in a private affair at Anil Kapoor's Juhu bungalow on Saturday, August 14, 2021. The couple, who were together for the past 12 years, shared their vows in the presence of their close family and friends. Warm wishes have been pouring on the newly wedded couple from the entire industry. Here is how Priyanka Chopra, Kareena Kapoor and other celebrities congratulated Rhea and Karan.

Kareena Kapoor took to her Instagram handle to congratulate the newly wedded couple Rhea Kapoor and Karan Boolani. The actor shared the wedding photo of the couple and wrote, "Mubarak you two. Love you." The Kabhi Khushi Kabhie Gham actor signed the note as "Beboo and Saifu." Rhea Kapoor and Kareena Kapoor collaborated for the 2018 film Veere Di Wedding. While Kareena was one of the leads in the film, Rhea co-produced it. 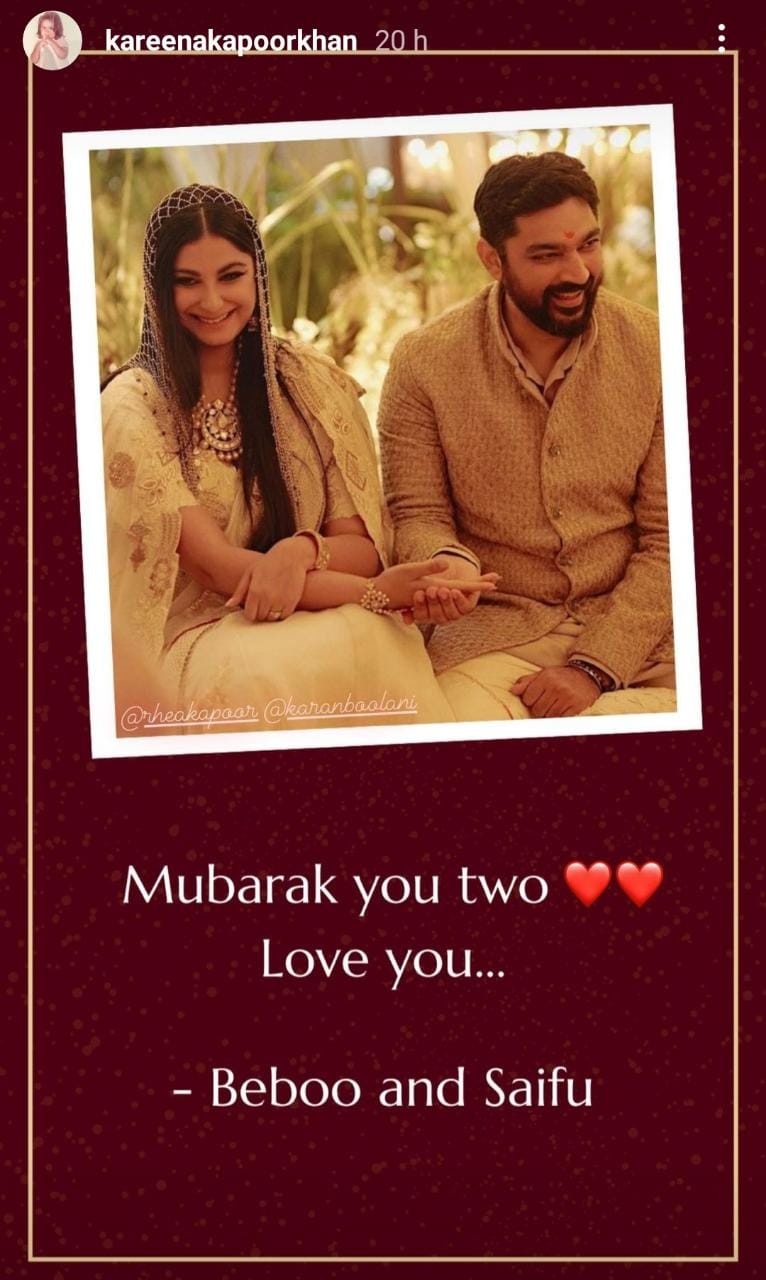 Malaika Arora also congratulated Rhea Kapoor and Karan Boolani for the new chapter of their life. The actor shared a photo of the couple and wrote, "Congratulations u too. Love n happiness always." She further complimented Rhea Kapoor for her bridal look and wrote, "U made a stunning bride." Malaika Arora's beau Arjun Kapoor also attended Rhea and Karan Boolani's wedding. 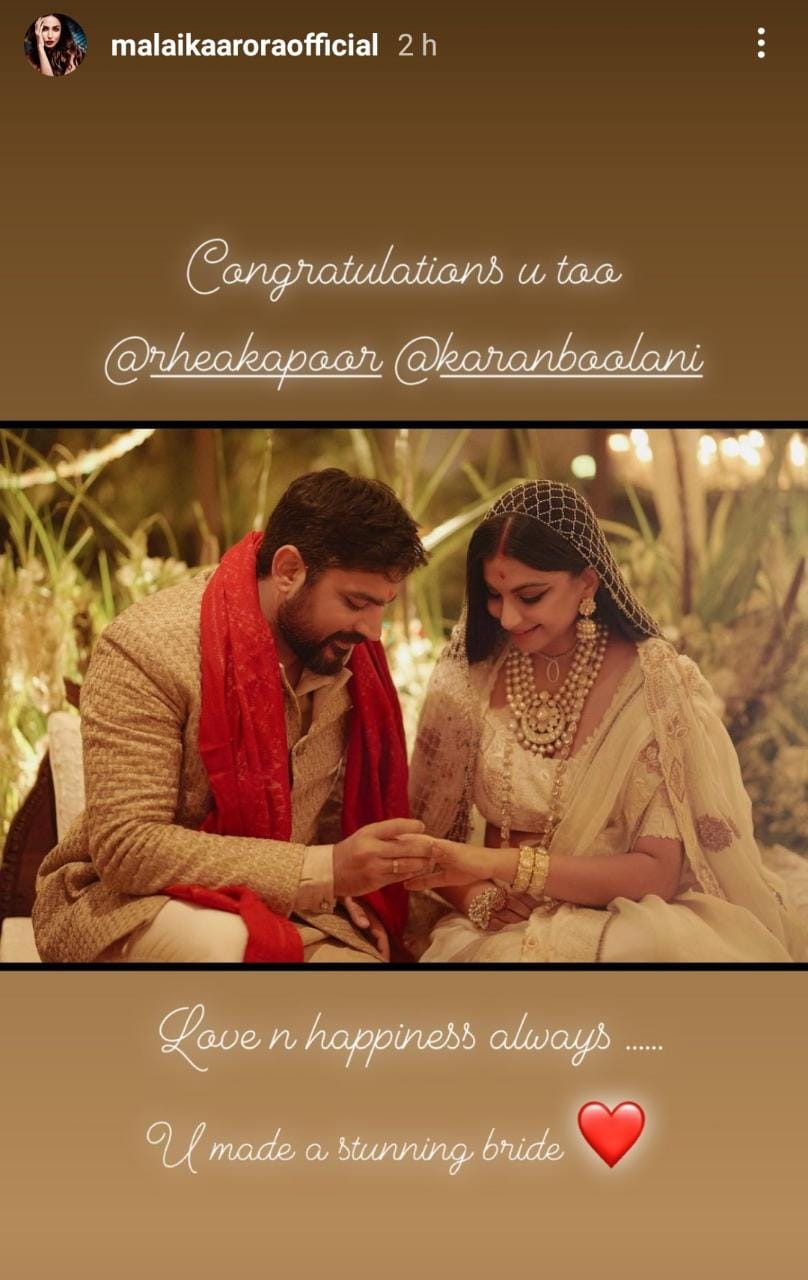 Priyanka Chopra sends love and daughter to the newlyweds 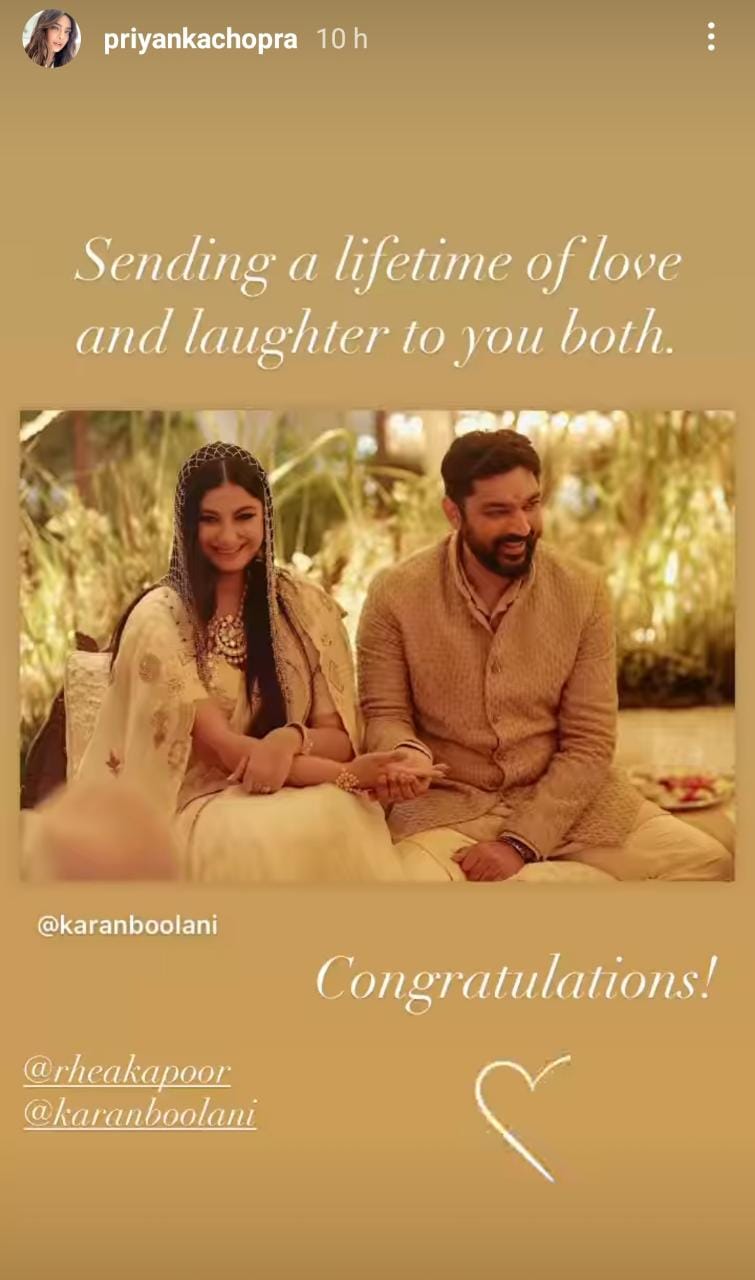 Before tieing the knot on August 14, Rhea Kapoor and Karan Boolani were together for more than a decade. The two fell in love with each other on the sets of the film Aisha starring Sonam Kapoor. The two never made an official announcement about the romance but were often seen together. In 2019, Sonam Kapoor revealed the two were dating in an interview. After the couple were married, Rhea Kapoor shared a heartfelt note for her husband.

She wrote in an Instagram post, "12 years later, I shouldn’t have been nervous or overwhelmed because you’re my best friend and the best guy ever. But I cried and shook and had stomach flips all the way through because I didn’t know how humbling the experience would be. I’ll always be that girl who had to come home to juhu at 11 pm before my parents fell asleep. Only until now I didn’t know how lucky I was to feel torn. I hope we make a family so close that we have many, many loves of our life."