Priyanka Chopra Opens Up About Her Childhood; Calls It Full Of 'adventure'

Priyanka Chopra recently took a trip down memory lane and opened up about her childhood and adolescence, stating they were full of adventure. 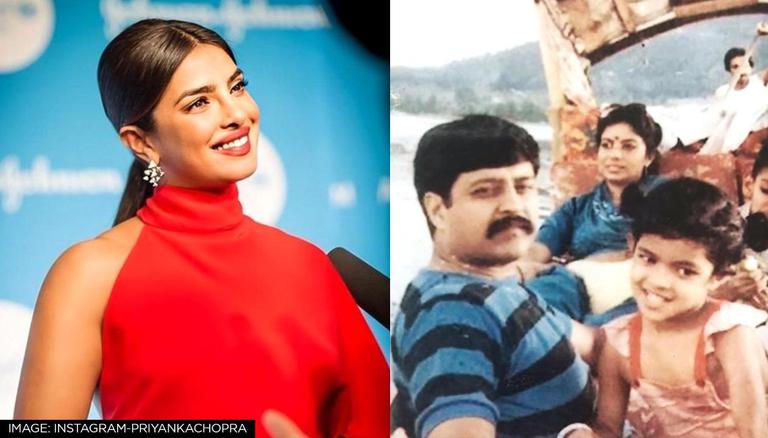 
Priyanka Chopra recently took a trip down memory lane and opened up about her childhood and adolescence, stating they were full of adventure. The actor, who recently welcomed her first child Malti Marie with husband Nick Jonas, graced the cover of Harper's Bazaar Spain for their summer issue as she spilt details about her private life.

Talking to the magazine, the Citadel star mentioned that since both her parents were medical professionals in the military, she got to move around a lot. She also spoke about her time in the US, where she went to study.

Priyanka Chopra opens up about her childhood

“My childhood and adolescence were quite an adventure. Since my parents were in the military, we moved around a lot. I went to a boarding school for some years and then to the United States to study, before returning to India to complete my graduation," Priyanka said and continued, "Of course, my childhood was full of love, laughter and family.”

For the unversed, Priyanka was born to a physician couple, late Dr Ashok Chopra and Dr Madhu Chopra. She was also raised by her maternal grandparents as a part of her childhood. Chopra also has a younger sibling, Siddharth Chopra.

Harper's Bazaar also dropped pictures of two of their magazine covers graced by Priyanka. While one showed the actor in monochrome, as she shed a smile while covering her face with her hands, the other cover is a candid click of her posing in a black and white outfit with a hat atop her head. Take a look.

Priyanka also shared a heartwarming glimpse alongside her mom Madhu and daughter Malti as she wished the former on her birthday. In the caption, the actor wrote, "Happiest birthday Mama. May you always smile that infectious smile of yours. You inspire me so much with your zest for life and experiences every single day! Your solo Europe tour was the best birthday celebration I’ve seen in a while. Love you to the moon and back Nani."