Priyanka Chopra Jonas, currently shooting in London for her upcoming spy series 'Citadel', surprises everyone with her bloody-faced selfie from the sets. 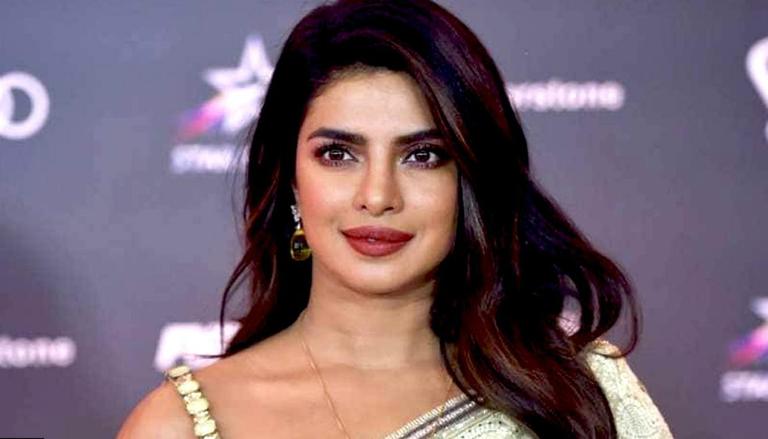 
Priyanka Chopra Jonas, currently shooting in London for her upcoming spy series Citadel, surprised everyone with her bloody-faced selfie from the sets. Shooting for one of the scenes, she had fake blood spattered on her face. Created by Patrick Moran and the Russo brothers, Citadel will release on Amazon Prime Video.

Sharing the image on Instagram, she wrote, "Ha! You should see the other guy!". She also added hashtags like 'set life', 'actor's life', 'wake up and makeup', and 'Citadel'. Have a look at the picture. 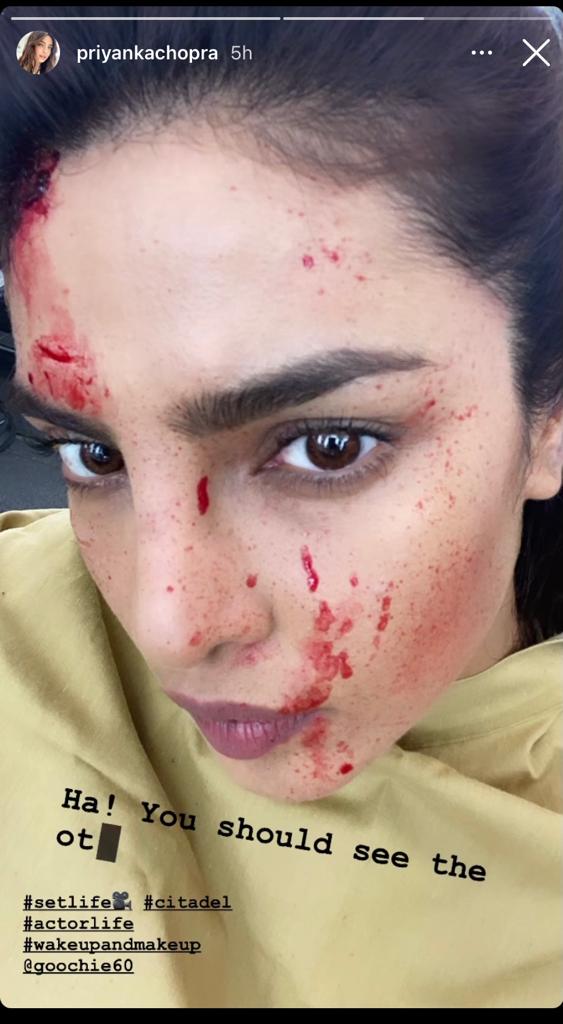 Apart from Priyanka, the Amazon-backed project will also feature the Game of Thrones star Richard Madden. The series is currently in production in the United Kingdom and is scheduled to stream in January 2022. The series will include spinoff sets in Italy, India and Mexico. The makers, Joe and Anthony Russo, are also known for creating Avengers: Endgame and Avengers: Infinity War. Priyanka and Richard will headline the US version which is being called the 'mothership' of the project. The series has been described as an "action-packed spy series with a compelling emotional centre".

Earlier this year, the Russo brothers, in an interview with Indianexpress.com, stated that Priyanka is an 'incredible star' and that they think she was 'amazing'. At the same time, they also mentioned that they just had a table read about the show, that they were 'proud' of the show. They also couldn't contain their excitement about the audiences watching the series.

On the work front, Priyanka has had an interesting lineup of projects in the pipeline including Text for You and Matrix 4. Text for you is an upcoming American romantic drama film, directed by Jim Strouse. It will also star Sam Heughan, Celine Dion and Lydia West in pivotal roles. Meanwhile, the upcoming Matrix will be the fourth instalment in The Matrix film series. The film is produced, co-written and directed by Lana Wachowski. Apart from Priyanka, it is going to have Jada Pinkett Smith, Neil Patrick Harris and Jessica Henwick among others in important roles.

The actress will also be seen in an Indian-wedding-themed comedy reality show with Mindy Kaling, which she will co-produce and feature in. The actress will star in a biopic of Ma Anand Sheela as well. Priyanka was last seen in We Can Be Heroes and The White Tiger (co-starring Rajkummar Rao and Adarsh Gourav). Besides movies, the actress has recently released her memoir titled Unfinished. She has also launched an Indian restaurant named Sona in New York.