Priyanka Chopra Shares UNSEEN Throwback Pic Of Her 18-year-old Self Circa 2000; See Here

Recently, on June 10, Priyanka Chopra took to her Instagram handle and shared an unseen throwback pic of her 18-year-old self from the year 2000. 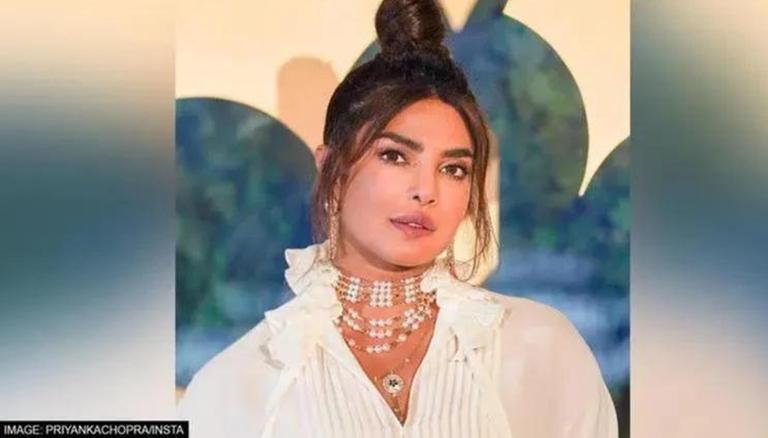 
Global star Priyanka Chopra enjoys a massive fan following on her Instagram handle. She often gives fans a sneak peek into her personal and professional life. From her vacation pictures with her husband Nick Jonas to some amazing throwback pictures from her childhood, Priyanka's Instagram is a visual treat for her fans and followers.

Keeping up with the trajectory, recently, The Matrix Resurrections actor took to her social media space and shared an unseen throwback picture from her early pageant days.

Priyanka Chopra has not only carved a niche for herself in Bollywood but she has managed to make a name for herself in Hollywood. The actor has come a long way in her career. She has worked in many notable movies including, Mary Kom, Bajirao Mastani, Dil Dhadakne Do, Barfi, Fashion, and others.

Priyanka initially began her career in showbiz by entering the world of pageants. She then went on to win the prestigious Miss World title in the year 2000. Recently, the Baywatch took a trip down memory lane and dug out an old unseen picture from her initial pageant days. On June 10, Priyanka took to her Instagram handle and shared a picture, where she was seen wearing a bikini, black bangles, and a small black bindi as she posed elegantly amidst the beautiful scenic backdrop of a beach.

READ | When Anne Hathaway revealed googling about Priyanka Chopra's skin: 'How did she do it?'

As soon as the picture surfaced online, fans showered love on the post. One of the users wrote, "A goddess then and still a GODDESS 😍😍😍😍😍" while another wrote, "Diva in true sense" the other user wrote, "Our Nation' Pride...". Whereas, the rest of the users simply dropped fire and heart emoticons. Actor Ranveer Singh and Nick Jonas also reacted to the post.

Take a look at their comments-

Priyanka Chopra on the work front

On the professional front, PeeCee will be seen next in the Hollywood rom-com It's All Coming Back to Me. The actor also has a Bollywood project in the pipeline alongside Katrina Kaif and Alia Bhatt, titled Jee Le Zaraa. The movie will mark Priyanka's comeback on the silver screens after the 2019 film The Sky Is Pink.