Priyanka Chopra Slams Trolls For Accusing Her Of 'outsourcing' Her Pregnancy

"Just because I don’t want to make our medical history public doesn’t give you the right to make up whatever the reasons were,” said Priyanka Chopra. 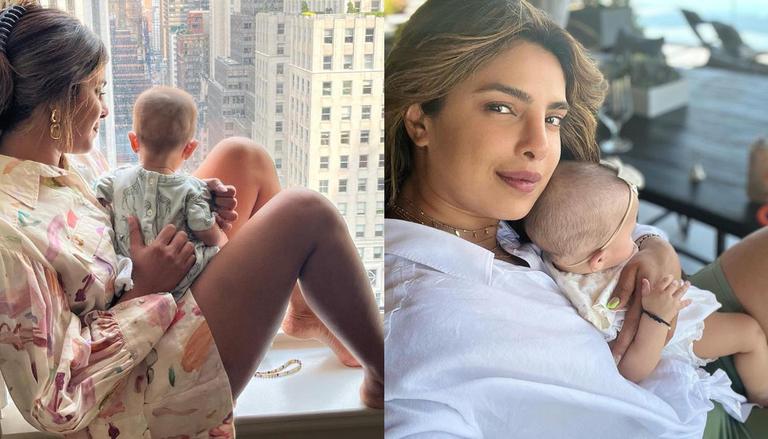 
Priyanka Chopra recently opened up about embracing motherhood via surrogacy. She also revealed the reason why her husband Nick Jonas and she opted to go for surrogacy. In an interview with Vogue Magazine, Priyanka spoke about the early turbulent days of her daughter Malti Marie Chopra Jonas's birth while slamming the trolls for disrespecting her decision to opt for surrogacy.

The 'Baywatch' actress said, “I had medical complications. You don’t know me, you don’t know what I’ve been through. And just because I don’t want to make my or my daughter’s medical history public doesn’t give you the right to make up whatever the reasons were.”

Priyanka admitted to the hurt she felt when she was called names and accused of “outsourcing” her pregnancy. The 'Quantico' star said while she has tough skin against the trolls, she's 'very protective' of her daughter.

Priyanka on the premature birth of her daughter Malti

Priyanka also opened up about the tough time her husband Nick Jonas and she went through after the premature birth of their daughter Malti.

“I was in the OR [operating room] when she came out. She was so small, smaller than my hand. I saw what the intensive-care nurses do. They do God’s work. Nick and I were both standing there as they intubated her. I don’t know how they even found what they needed [in her tiny body] to intubate her,” she said.

Nick and Priyanka had their first child via surrogacy in January 2022. The couple named their daughter Malti Marie Chopra Jonas. She was in the neonatal intensive care unit (NICU) for her first 100 days before coming home in time for Mother's Day.

On the work front, Priyanka will next be seen in James C. Strouse's 'Love Again' alongside Sam Heughan and Celine Dion. She will also be a part of the Russo brothers' eagerly anticipated sci-fi drama 'Citadel'.