Priyanka Chopra, who has an active social media presence took to Instagram on Friday to support one of actor-comedian Vir Das' videos. Watch it here. 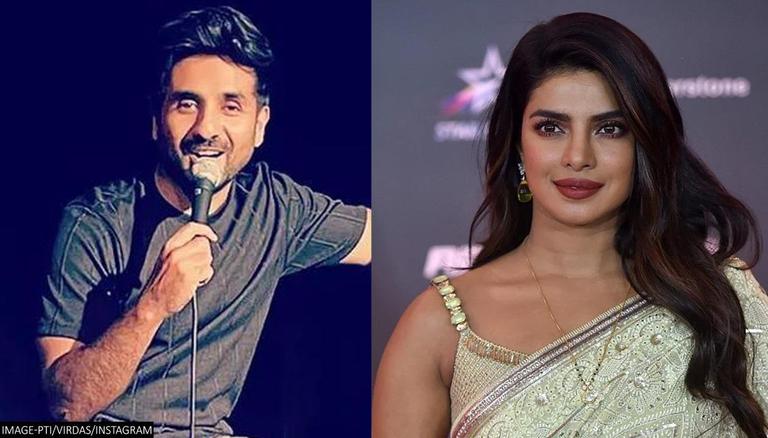 
Priyanka Chopra, who has an active social media presence took to Instagram on Friday to support one of actor-comedian Vir Das' videos. In her Instagram story, the Quantico actor reshared the video and tagged Das as she agreed with him. The video she shared was all about Vir Das comparing Instagram Reels videos with Bollywood songs that has individuals who going to crowded places and dance as they lip-sync the lyrics of the number.

The White Tiger actor shared a post of Vir Das' from September 26 and mentioned that she supported him. In the video, the comedian and actor began the video by speaking about how Bollywood songs were shot and said, "Think about this for a second. For years, Bollywood songs were shot in crowded places, tourist destinations. So we Indians would go to these crowded places and suddenly start doing choreographed steps to music and do lip-synching and everybody including some Indians are like, ‘What is up with these Indians?'"

He then compared the shoots for this song with netizens and said, "Now years later, all you do on Instagram and TikTok is head to crowded places and do choreographed steps lip-synching songs that you never sang. You aren't original." Bollywood actor Priyanka Chopra supported his views and shared the post on his Instagram story. 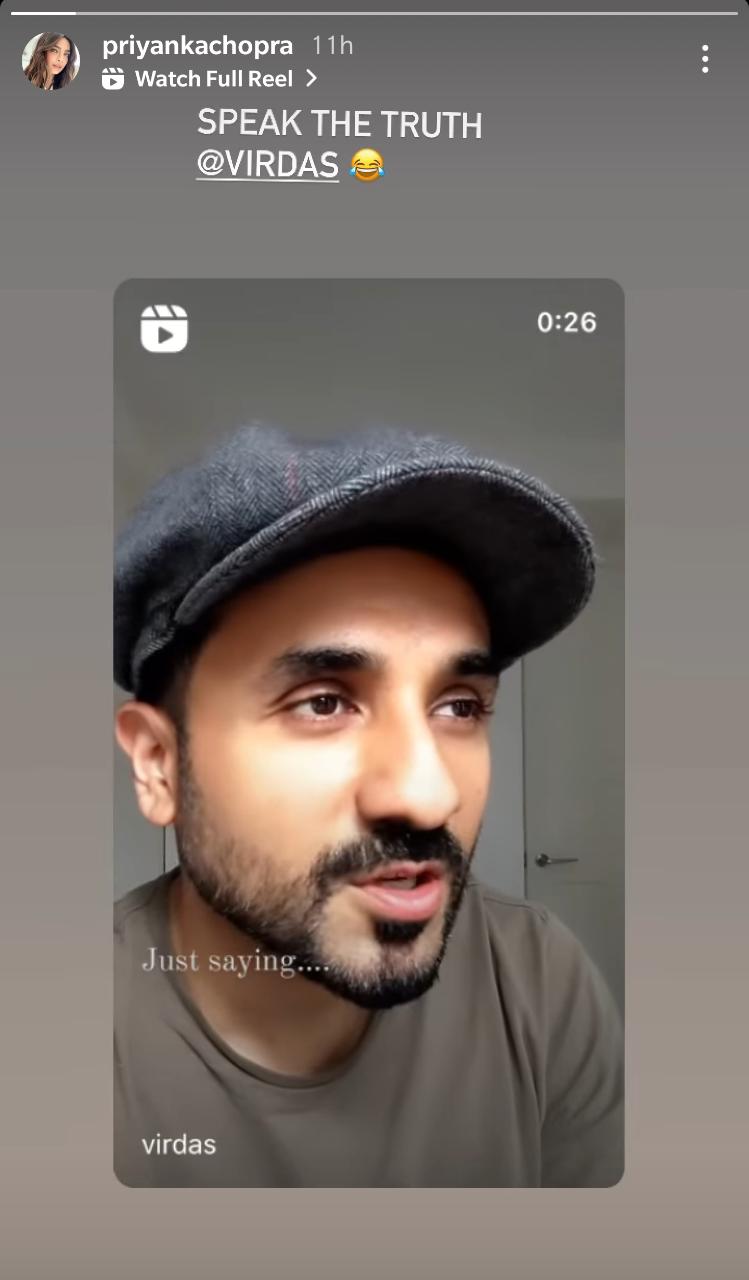 The Jonas Brothers recently concluded their Remember This Tour and Priyanka Chopra cheer the band. She uploaded a picture with her husband Nick Jonas on the occasion. He was seen in a red jacket, while Chopra went for a black and white printed look. The picture was clicked at the band's last venue itself, Hollywood Bowl, in California.

Apart from her selfie with Nick Jonas, she also posted a picture of the Jonas Brothers trio standing before the Hollywood Bowl's board which mentioned their show's tickets had been sold out. She wrote in the caption of the post, "So proud of you @nickjonas. The goal is the Bowl! And you did it. Congratulations on the wrap of the Remember this tour!"