'The Sky Is Pink' actress Priyanka Chopra recently got engaged to singer-songwriter Nick Jonas on August 18.

'The Sky Is Pink' actress Priyanka Chopra recently got engaged to singer-songwriter Nick Jonas on August 18. The two have been making headlines ever since they were spotted in their Ralph Lauren outfits at the MET Gala in 2017. Post their appearance at the event fans began speculating that something was brewing between the two. Although, never the one to indulge in PDA, Priyanka recently took to the photo-sharing app, Instagram to post a picture of her husband-to-be Nick Jonas. In the picture, Nick can be seen wearing a white shirt with the word 'Namaste' printed on it. The actress captioned the picture of her fiancé with a 'kiss emoji'. The picture posted by her has got the entire internet swooning, as the couple sets some major relationship goals.

Here is the picture! 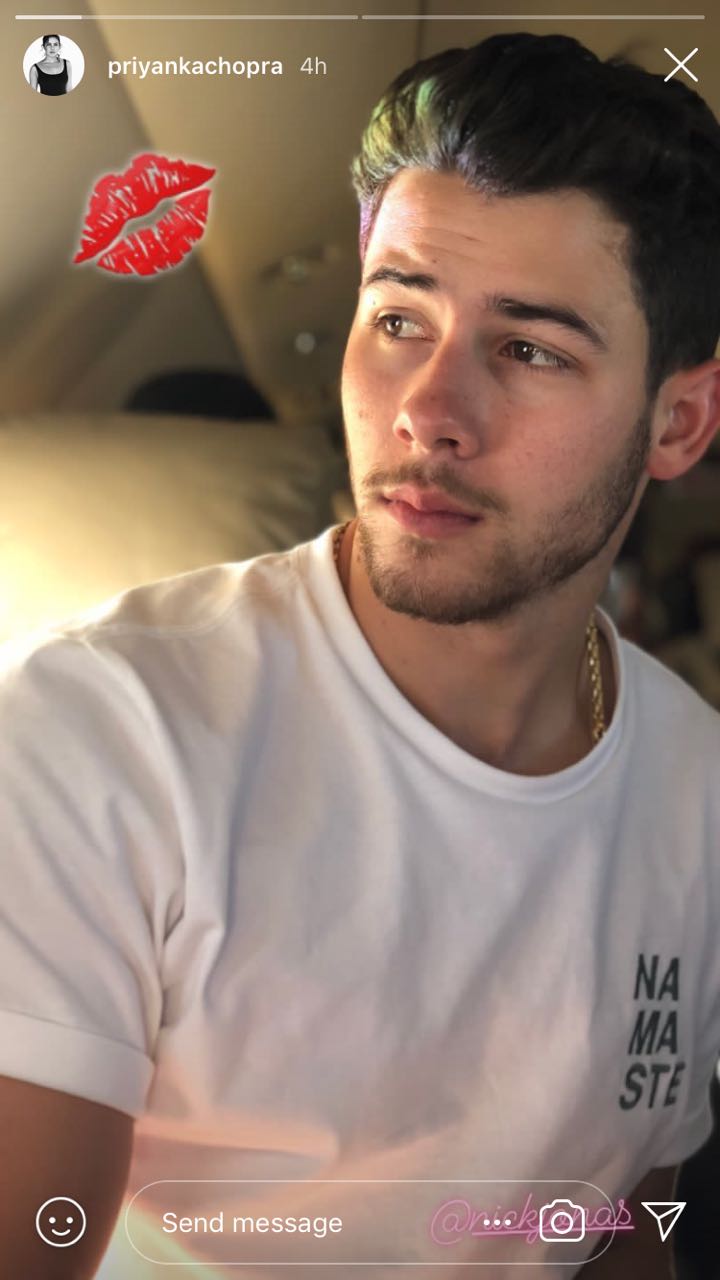 Along with this, the actress also posted a photo of a picturesque Mexico saying 'Hola' to the city. The actress also compared the colour of the sky to the name of her films 'The Sky Is Pink'. 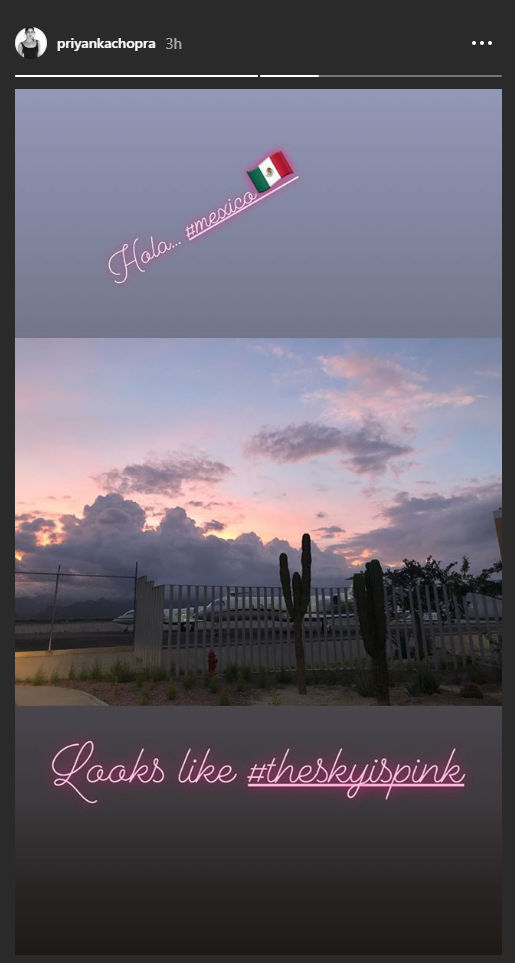 The latest buzz is that the 'Quantico' actress who has been in Los Angeles for a quite a while now, has gone there to spend some time with fiancé, Nick. The couple was recently spotted lunching in Malibu, California. This was their first public appearance after their engagement on August 18. The couple was clicked by the paparazzi looking very happy and relaxed. In the pictures that surfaced on the internet after their lunch date, the actress can be seen donning the classic denim look, with a black sleeved top. While Nick Jonas was seen wearing a blue Tshirt and denim jeans.

WHAT IS NEXT FOR PRIYANKA CHOPRA

Last seen in 'Jai Gangaajal',  Priyanka will be making a comeback in Bollywood with director Shonali Bose and producers Ronnie Screwvala and Siddharth Roy Kapur's film 'The Sky Is Pink'. The actress will share screen space with her 'Dil Dhadakne Do' co-star Farhan Akhtar. While Priyanka is shooting for this film, reports suggest that the actress has bagged another Bollywood film. Speculations are rife that Priyanka will star in Vishal Bharadwaj's next, which is slated to go on floors in 2019.