Ayushmann Khurrana took to Instagram to wish actor R Madhavan on his birthday. Ayushmann shared an old picture of the RHTDM star and also added a song. 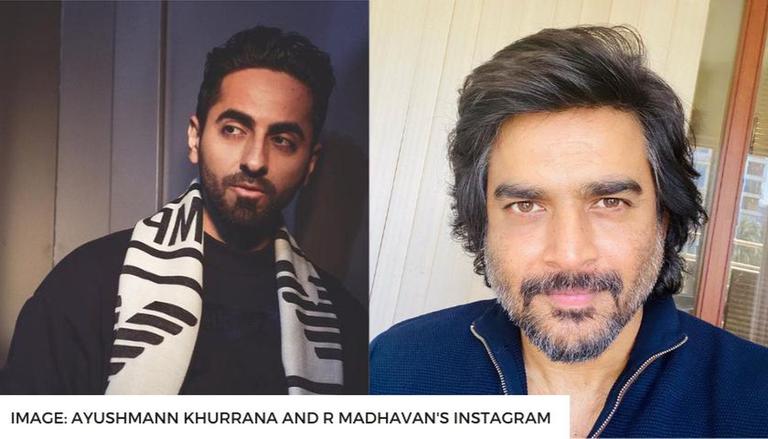 
Actor R Madhavan turns a year older on June 1. Several actors from across the film industries dropped in to wish Madhavan as he turns 51. One among them was Ayushmann Khurrana who shared a throwback picture of the 3 Idiots star to wish him on his birthday.

Ayushmann Khurrana took to Instagram to share an old photo of R Madhavan aka Maddy. The photo seems to be from the late 90s or early 2000s when the actor played the lead in Mani Ratnam's film Alaipayuthey. Ayushmann also added the song Mangalyam from the film. In the photo, the younger Madhavan is dressed in a formal suit and tie. Madhavan shot to fame after playing the lead in the said Tamil romance film. The movie was remade in Hindi in 2002 starring Rani Mukherjee and Vivek Oberoi and was titled Saathiya. 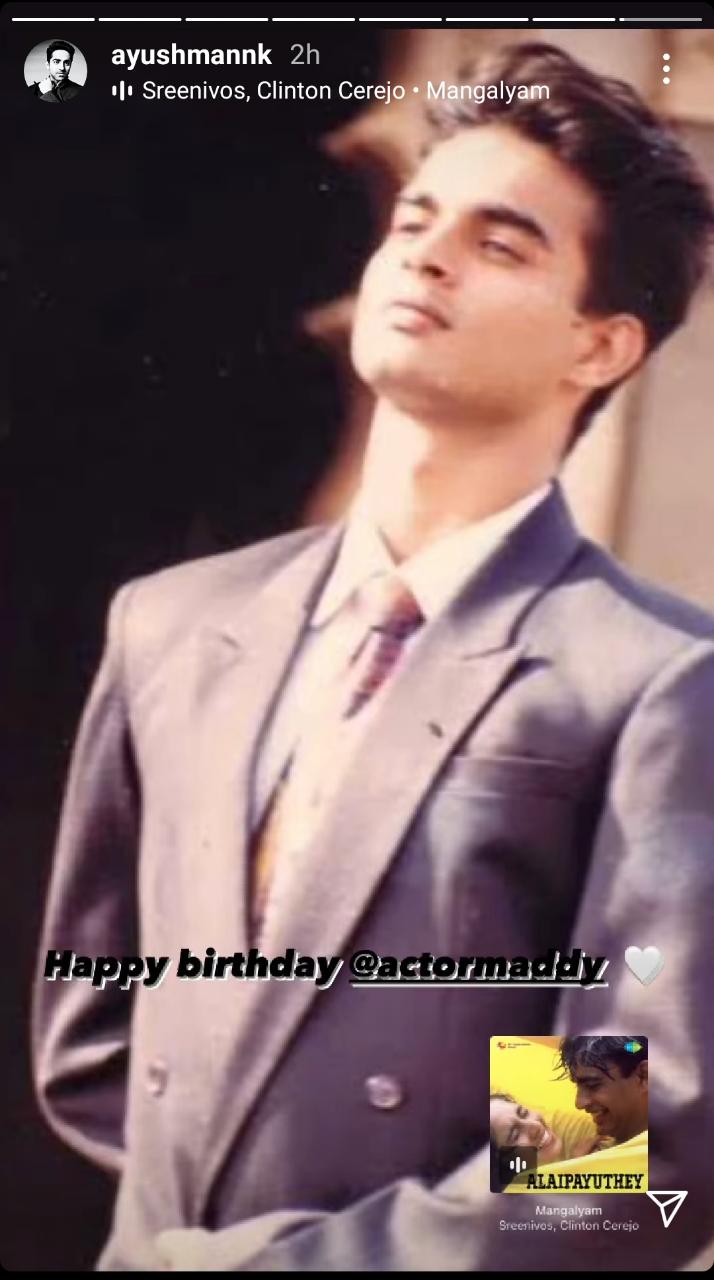 R Madhavan has primarily worked in the Tamil and Hindi film industry. He played the lead role in Rehnaa Hai Terre Dil Mein opposite Dia Mirza in 2001. The movie was not well-received upon release, but over the year it went on to become a cult classic. The movie marked his Hindi debut and was also a remake of his Tamil hit movie Minnale. He rose to prominence as a romantic hero with blockbuster Tamil films like Minnale, Dumm Dumm Dumm. He also received critical acclaim for his film Run, Anbe Sivam, Aayutha Ezhuthu, to name a few. He went on to appear in several notable films like 3 Idiots, Teen Patti etc.

In 2015, R Madhavan was seen in Tanu Weds Manu Returns which went on to become a blockbuster at the box office. The movie is the sequel of the 2011 hit film Tanu Weds Manu. He also appeared in the film Irudhi Suttru which was shot in Tamil as well as in Hindi under the title Saala Khadoos. He also appeared in the web series Breathe. R Madhavan is slated to appear in his directorial debut Rocketry: The Nambi Effect.