It's been nine years since director Aanand L Rai's directorial love saga Raanjhanaa was released in theatres, leaving fans in awe of the amazing story. 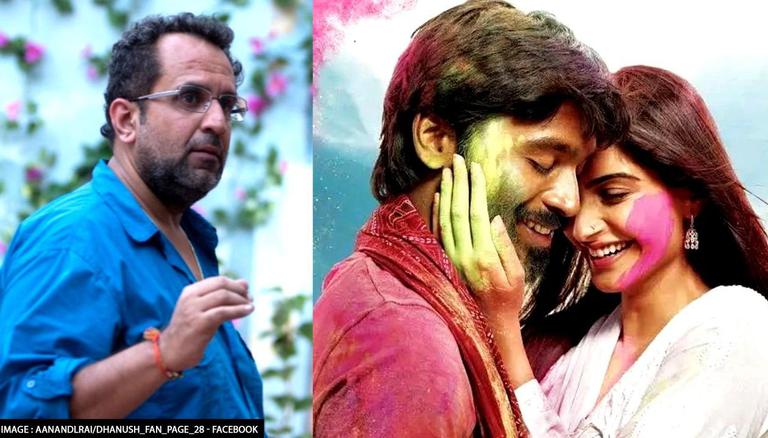 
It's been nine years since director Aanand L Rai's directorial love saga Raanjhanaa was released in theatres. Starting from the ensemble star cast to the alluring poetic lines, the film was a blockbuster hit and still holds great significance. The 2013 film turned out to be quite special for fans as it marked the Bollywood debut of South star Dhanush.

To commemorate the iconic milestone, Aanand shared a romantic still from the film, featuring Dhanush and Sonam’s characters, Kundan and Zoya respectively indulged in an intimate scene. The Atrangi Re director revisited old fond memories with the still and also penned an emotional note.

A fresh pair on-screen, both Sonam and Dhanush's chemistry was appreciated by the audience upon the release of the movie. Starring Dhanush alongside Sonam, the romantic drama Raanjhanaa set in Varanasi is about a one-sided love story. While walking down the memory lane and marking 9 years of the movie, Rai wrote, "In the end, we will all become stories. And if I have a choice then I will become Raanjhanaa. #9yearsofraanjhanaa.”

READ | Did you know Dhanush received Debut Actor award for Raanjhanaa after starring in 25 films?

After Aanand, mom-to-be Sonam also shared a post on the Instagram story while captioning it as '#9yearsofRaanjhanaa.' She even commented below the director's post and wrote, "The Best" along with many heart-shaped emoticons. Soon the post met with various reviews from the fans who shared their favourite part from the film. From the soul-stirring songs to the storyline and characters, fans chimed in their major takeaways from the film. 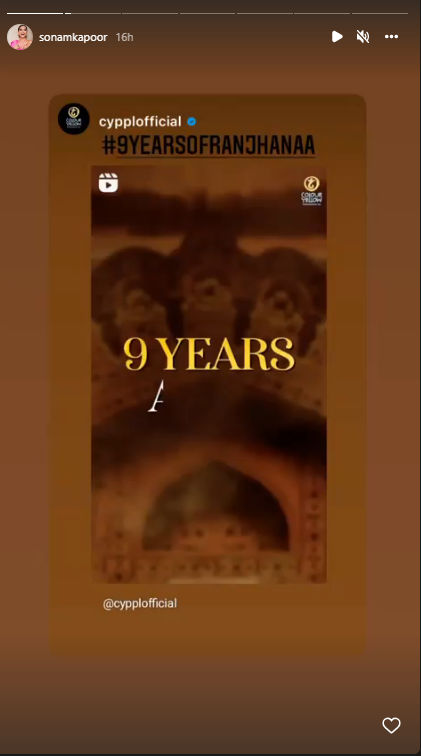 One of the users shared excitement and wrote, "All-time favourite #KundanZoya" while another wrote, "This was never a movie...Raanjhanaa is emotion." A third user shared his take on the same and commented, "This isn't a film ...This film itself is a filmmaking institute, I learned a lot from this one." "Only movie till now which I watched 3 times in the theatre," another echoed. 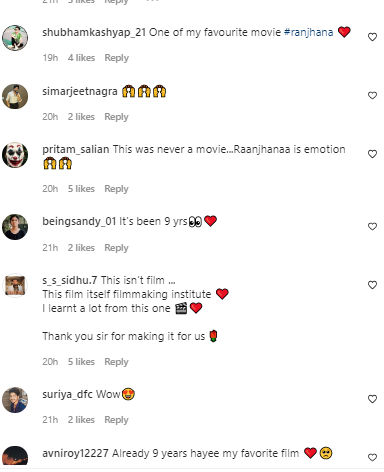 Penned by Himanshu Sharma, the film also features Abhay Deol, Vipin Sharma, and Mohammed Zeeshan Ayyub in pivotal roles. The songs of the film were appreciated by the audience with the title track Raanjhanaa and Tum Tak becoming hit tracks. Meanwhile, on the work front, Aanand L Rai is looking forward to the release of his next film Raksha Bandhan. For the film, the director is all set to reunite with Atrangi Re star Akshay Kumar. Actor Bhumi Pedenkar will be seen playing the lead opposite the versatile actor.