Radhika Madan recently took to her Instagram handle and dropped in an interesting video in which she depicted her pool workout. Check it out. 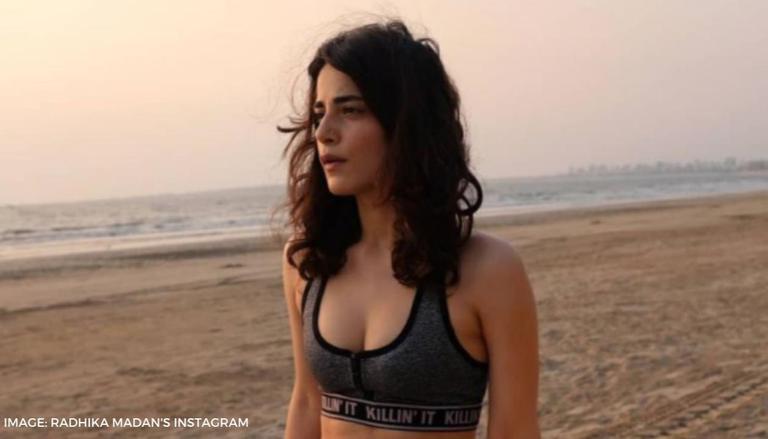 
Radhika Madan recently added a video clip of herself working out in the pool and stated that 'one shouldn’t miss a workout'. Many of her fans as well as popular celebrities took to her social media post and dropped in compliments for her. The actor even added hashtags to her post such as ‘weekend vibes’ and ‘reel it feel it’.

Radhika Madan took to her Instagram handle and shared a video clip of herself working out in a pool. In the video, she can be seen performing crunches in the pool while wearing a pair of white shorts and an orange crop top. She also sported a cool pair of orange sunglasses with a vibrant smile on her face. Radhika Madan also added a popular song to her video clip.

In the caption, she stated that one should never miss a workout session. The moment she posted this video clip for her fans, they took to Radhika Madan’s Instagram post and added how much they loved her crazy workout in the pool. Many of them also stated that it was such a cool and unique way to work out while many others mentioned that it was the best workout technique for summer. Even several celebrity artists took to Radhika Madan’s Instagram post and marvelled at how she could come up with this workout technique. Some of them also mentioned that it was a great way to work out and as they wouldn’t even sweat in this technique. Take a look at some of the reactions to Radhika Madan’s pool workout video on Instagram. 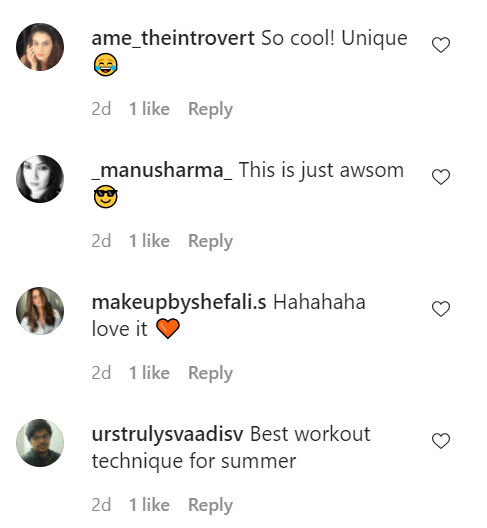 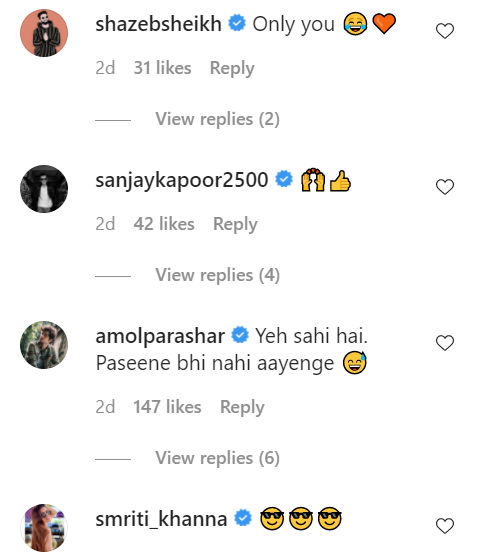 Radhika Madan was last seen in the movie Angrezi Medium in which she essayed one of the lead roles. She is now gearing up for the release of her upcoming Netflix series, Ray, in which she will be seen alongside some of the talented actors namely Manoj Bajpayee, Ali Fazal, Gajraj Rao, Kay Kay Menon, Harshvardhan Kapoor, etc. It has been slated to release online on June 25, 2021. Radhika Madan’s latest project also includes a romantic movie, Shiddat: Journey Beyond Love, that is being directed by Kunal Deshmukh. The movie is expected to release on the OTT platform, Disney+ Hotstar.

READ | Radhika Madan extends gratitude for b'day wishes: ‘It came in with a lot of realisations’

WE RECOMMEND
Sonam Kapoor's brother says his sisters are 'very picky' about the women in his life
Ray Trailer: If you loved the new trailer, here are some other performances by the cast
Varun Dhawan takes first dose of COVID vaccine, extends gratitude to 'wonderful doctors'
Radhika Madan looks sizzling in red; fans comment 'Hey Garmi'
Netflix's Ray trailer 'looks so cool' to Janhvi Kapoor as she shares her excitement online