Rajkummar Rao-Sanya Malhotra's 'HIT: The First Case' remake went on floors with a 'Muhurat' ceremony. Netizens expressed their excitement for the venture. 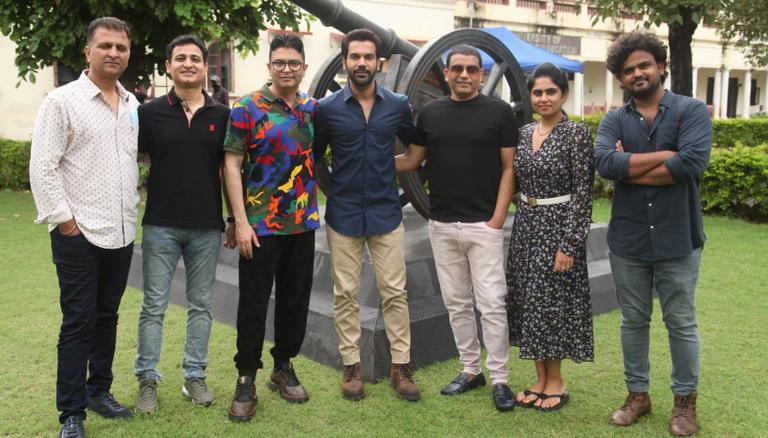 
South Indian movie remakes have been common in Bollywood for years, and the trend has continued even in recent years. After the success of Kabir Singh, more Hindi remakes have been announced, and one among them is HIT: The First Case.  The movie will star Rajkummar Rao and Sanya Malhotra.

The remake of HIT went on floors with a Muhurat ceremony on Sunday.

For the 'Muhurat' shot, Rajkummar was seen posing with director Sailesh Kolanu, who had also directed the original movie.  His co-star Sanya Malhotra was not seen in the picture.

The duo had recently worked together in the movie Ludo. However, they had been paired opposite other actors; the former starring alongside Sanya's Dangal co-star Fatima Sana Shaikh and Sanya was seen romancing Aditya Roy Kapur.

Among the others who were present at the event was T-Series' Bhushan Kumar, who is one of the producers of the movie. Along with him were Dil Raju and Kuldeep Rathore, who have both been listed as producers on the movie.

Netizens expressed their excitement for the movie and confidence about Rajkummar doing a good job.

HIT is a Telugu action thriller that had released on February 28, 2020. The title is an acronym that stands for Homicide Intervention Team. The movie was produced by Tollywood star Nani and  Prashanti Tipirneni under the Wall Poster Cinema banner. It had featured Vishwak Sen and Ruhani Sharma as the leads.

As per reports, the movie was a success at the box office.  The movie is available to stream on Amazon Prime as well.

Even the sequel of the movie has been announced by Nani. It has been titled Hit: The Second Case. Adivi Sesh has reportedly been cast for the lead role in the movie.