Rakhi Sawant Follows Paps To Locate Her Car Only To Find That Her Driver Is Missing; Watch

Popular actor Rakhi Sawant was making her way out of the gym in a happy mood on Tuesday. However, she began fretting as her driver went missing. Watch here.

Popular Indian celebrity Rakhi Sawant was spotted making her way out of a gym in Mumbai on Tuesday. Interestingly, after posing for a few clicks, Rakhi entertained the people around her while trying to locate her car. As she looked around, the paps present there asked her to follow them. Following their lead, Rakhi can be seen twirling and smiling for them and onlookers watching her. Meanwhile, she also extended Holi wishes while saying, "Sab log mujey kaise dekh rahe hai (Look how everyone is looking at me)".

However, her happiness was short-term when she reached her car and found her driver missing. The actor dialed his number and asked in Hindi, "Kidhar hai tu? Kidhar hai? Main toh car ke paas kadhi hu. Line maar raha hai kya kisi ko kone mein bait ke? Kiske saath baita hai? (Where are you? I am standing beside the car. Are you busy flirting with someone in the corner? Who are you sitting with?)".

As her driver rushed to reach the spot, the 42-year-old entertainer asserted, "Batao mera driver, kone mein baitke love, lapata kar raha hai. Wo dekho dekho kaise bhaag ke aa raha hai apni girlfriend ko chod ke (Look at my driver, romancing in a corner. Look, how he's running and coming, leaving his girlfriend behind)". As the video came to its end, she can be seen sitting inside the car and bidding adieu to the shutterbugs. Rakhi picked a grey-colour co-ord gym suit for her outing. She also wore a black facemask.

READ | Rakhi Sawant's mother Jaya opens up about battling cancer: 'My health is getting better'

Rakhi Sawant spotted at a gym:

Within a couple of hours, the video managed to garner more than 120k views on Viral Bhayani's media feed; and is still counting. The comments section of it was flooded with laughing emoticons. "Drama Queen" was a common sight in the comments box. An Instagram user asserted, "Rakhi ke jalwe".

READ | Rakhi Sawant dances to Sridevi's song from 'Naagin', calls it one of her favourite films 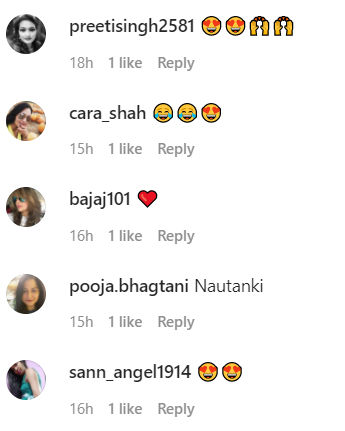 On the professional front, Rakhi is currently busy shooting her upcoming web-series. On Tuesday, she dropped a video on her social media page and gave a peek into the project. Without revealed many details of it, the actor stated the title of the upcoming web-series, which will be Tawaif Bazaar-E-Husn.

READ | Remember when Rakhi Sawant asked Sunny Leone to 'get lost' from the industry?