On October 6, actor Rakhi Sawant took to her official Instagram handle and dropped a stunning picture of her latest transformation into an 80-year-old lady. 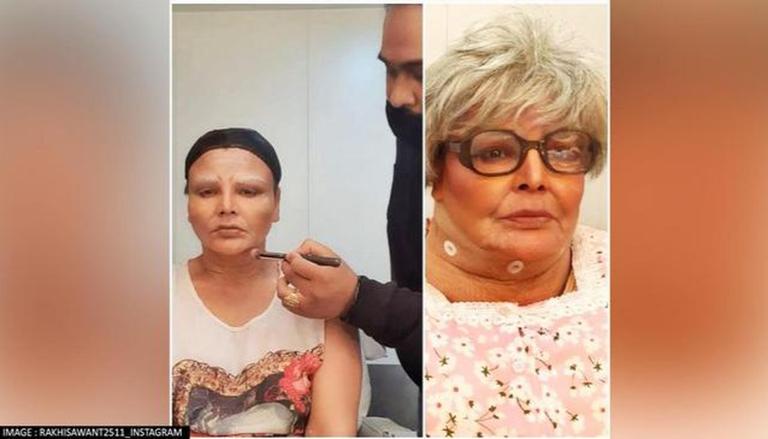 
On October 6, actor Rakhi Sawant took to her official Instagram handle and dropped a stunning picture of her latest transformation into an 80-year-old woman. Apparently, the actor will be seen playing the character of an elderly person in the television daily soap, Begum Badshah. Several media outlets have reported that Sawant's cameo appearance will bring interesting twists to the plotline of the TV series. However, her transformation, itself is garnering anticipation from the fans as they are thrilled to witness her new look.

Taking to the photo-sharing site, Rakhi Sawant dropped a collage picture of her before and after looks. On the left side, her makeup artist can be seen prepping her face to get the desired look, while the second half of the picture shows her completely transformed into an 80-year-old lady. The actor's collar support band around her neck also enhances her character. Sharing the picture, Sawant wrote, "Thanks Rohit bhai for giving me 80-year-old looks In Sony Saab TV begum Badshah show."

READ | Mika Singh calls Rakhi Sawant his best friend, says 'No one knows her better than me' 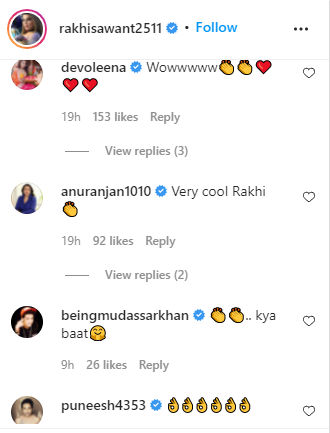 According to Pinkvilla, Sawant is not the only one to make a cameo appearance in Begum Badshah. Ketan Singh will be also be appearing on the daily soap alongside her. Meanwhile, for the unversed, Sawant was last seen in 2019's Bollywood flick, Upeksha. Directed by Ravindra Khare, the film also featured Razak Khan, Laxmi Narayan Tripathi in essential roles. She was also seen in ZeeTV's supernatural romantic series, Manmohini. Created by Prateek Sharma, the series completed a two-season run on the channel. It starred Reyhna Malhotra, Garima Singh Rathore, and Ankit Siwach and features Sawant as Chakwa Chudail, a Maharashtrian supernatural entity who is an obsessed lover of the main protagonist, Rana Saa.

WE RECOMMEND
Mika Singh calls Rakhi Sawant his best friend, says 'No one knows her better than me'
UP Speaker irks linking Rakhi Sawant & Mahatma Gandhi, Congress fumes at 'insult'
Rakhi Sawant undergoes nose surgery after getting hurt by Jasmin Bhasin; Watch
Rakhi Sawant's Net Worth, Property and other business ventures she owns
Rakhi Sawant 'warns' AAP's Raghav Chadha for using her name to attack Navjot Sidhu
Listen to the latest songs, only on JioSaavn.com