Actor Ranveer Singh recently revealed that he would be 'ecstatic' to play the role of the 'bratty' cop Simmba again if a sequel ever happens. 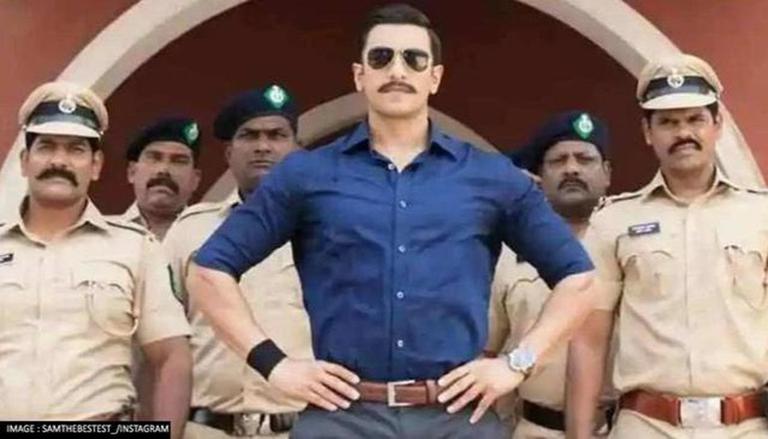 
Actor Ranveer Singh is fresh off the success of his latest biographical sports drama 83, where he played the role of former Indian captain Kapil Dev who led the Indian cricket team towards victory in the 1983 world cup. The film, though underperformed at the box office owing to the ongoing pandemic, garnered critical acclaim towards the actor as many believed he embodied the role of the former cricketer. From Alauddin Khilji in Padmaavat to Romeo in Goliyon Ki Raasleela Ram-Leela, the actor forged an impressive resume in Bollywood over the years.

One of his most memorable roles in recent times remains the bratty and full-blown masala character Simmba in the Rohit Shetty directorial venture of the same name. In hopes to bring the same magic to his fans once again, the actor recently expressed his desire to play the cop once again in a possible sequel helmed by the celebrated director.

In an interview with Bollywood Life, the 36-year-old actor appeared hopeful for the sequel of the 2018 cop actioner, which also featured actor Sara Ali Khan in the lead role, by stating, ''God willing it'll definitely happen''. He further revealed that Simmba was 'always intended' to be a franchise and he would immediately take up the offer to reprise his role in the sequel as it is his 'favourite character to play'. Describing Simmba as 'mischievous' and 'bratty', Singh further stated that the character has 'wisecracks, one-liners and plays to the gallery'.

He continued to describe Simmba's personality as 'flamboyant', 'endearing' and 'tough' and admitted that he 'loved' playing the role. Calling the film 'mass genre', Singh believed further described it as 'dal roti with tadka'. He further confirmed that he would be 'ecstatic' for Simmba 2 and hoped that it would happen 'sooner rather than later'.

Meanwhile, the actor is currently busy filming for his upcoming movies including Rocky Aur Rani Ki Prem Kahani opposite Alia Bhatt and Jayeshbhai Jordaar. Additionally, the actor is all set to explore the comic space with Rohit Shetty directorial venture Cirkus, based on William Shakespeare's play The Comedy of Errors.