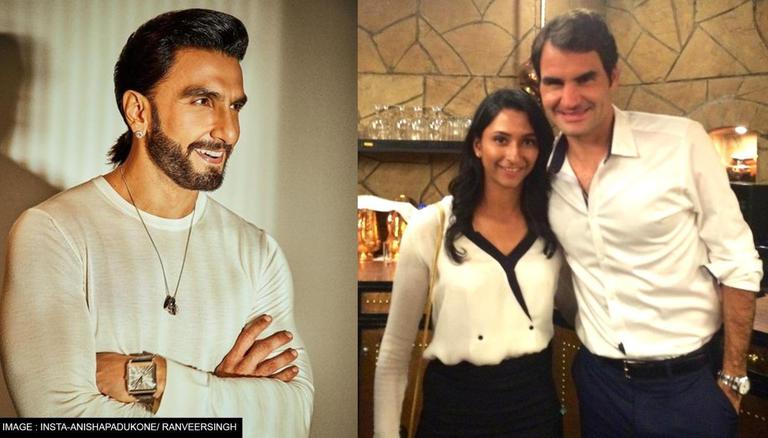 
Tennis icon and 20-time Grand Slam champion, Roger Federer, stunned everyone when he abruptly announced his retirement on September 15, 2022. Federer issued a statement on Thursday, announcing the end of his trophy-laden career after dominating the courts for nearly two decades.

While the news sparked comments from all throughout the sports world, B-town celebrities like Ayushmann Khurrana, Dia Mirza, Anushka Sharma, Kareena Kapoor Khan and more penned their heartfelt tributes for the Swiss tennis player.

On Friday, actor Deepika Padukone's sister Anisha Padukone headed to her Instagram handle and penned an emotional tribute to Roger. Sharing a series of pictures with him, she wrote, "Casually flexing for relevance with these pictures. Jokes apart, eternally grateful to have had these opportunities. What sets him apart is not just what he could do on a tennis court, but also the wonderful person that he is. There never was, and never will be another RF. #federer #goat #tennis #wimbledon #idol #imnotcryingyourecrying."

The post witnessed several reactions but what caught netizens' attention was Anisha's brother-in-law, Ranveer Singh, commenting on her post. The Bajirao Mastani actor wrote, "Amaze", adding a heart-eyed emoticon with it.

READ | When was the last time Roger Federer won a Grand Slam? A look at his last Grand Slam win 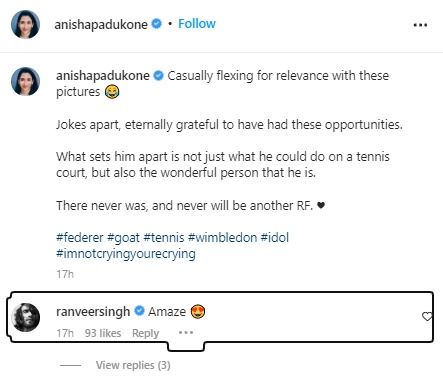 In the statement shared by Roger Federer, he stated how the people he met over the years are the best gifts that tennis has given him. He wrote,

"To my tennis family and beyond, of all the gifts that tennis has given me over the years, the greatest, without a doubt, has been the people I have met along the way; my friends, my competitors and most of all the fans who give the sport its life. Today, I want to share some news with all of you."

The note further read, "This is a bittersweet decision because I will miss everything the tour has given me. But at the same time, there is so much to celebrate. I consider myself one of the most fortunate people on earth. I was given a special talent to play tennis, and I did it at a level that I never imagined, for much longer than I ever thought possible." Looking back at his 24-year career, Federer said that he has played 1,500 matches and wrote,

"Tennis has treated me more generously than I ever would have dreamt and now I must recognise when it is time to end my competitive career."