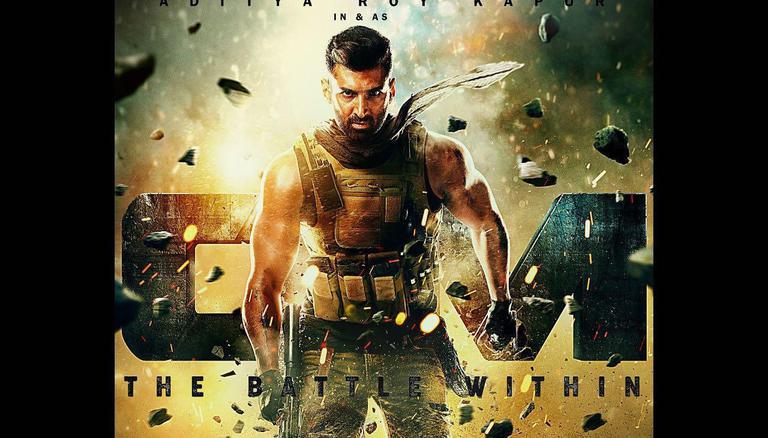 
One of the most-awaited action entertainers starring Aditya Roy Kapur and Sanjana Sanghi's Rashtra Kavach Om was theatrically released on 1st July 2022.  The movie is directed by Kapil Verma and backed by Zee Studios, Shaira Khan, and Ahmed Khan. While the fans were eagerly awaiting the release of the film, it was unable to garner a good amount of occupancy in theatres on the first day of its release. Take a look at the details about Rashtra Kavach: Om Box Office Collection on the first day.

According to the latest reports by Sacnilk,  Aditya Roy Kapur, Sanjana Sanghi’s action thriller movie is expected to mint Rs 1.51 Cr in India. The movie had an overall 7.54% Hindi Occupancy with Morning Shows having 6.00%, Afternoon Shows having  7.06%, Evening Shows having 8.07% and Night Shows having 9.03% occupancy.

More about the film

Apart from Aditya Roy Kapur playing the lead role of Om Rathod, some of the other notable actors in the movie included Sanjana Sanghi as Kavya Sharma, Jackie Shroff as Dev Rathod, Om's father, Prachee Shah Paandya as Om's mother, Prakash Raj as Murthy, Ashutosh Rana as Jai Rathod, Bijou Thaangjam, among others.

As Sanjana Sanghi went through professional training for a period of 3 months to perfectly perform the hardcore action sequences. She recently opened up about preparing herself for the role and mentioned, “To be entrusted with being and becoming Kavya by Kapil and Ahmed Sir has been the most humbling journey of my career yet. Putting in the hours at training and learning each skill from weapon training to hand-to-hand combat has both liberated and empowered me, with the hope that every young girl in the country feels inspired seeing Kavya be able to fight for herself and her purpose just like I have.”