Actor Raveena Tandon showered love and affection on her beloved husband Anil Thadani as he turned a year older on Monday, October 3. Read on. 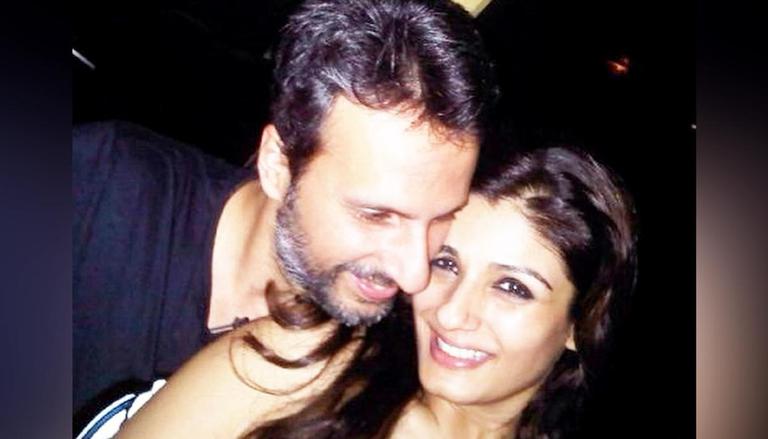 
Actor Raveena Tandon showered love and affection on her beloved husband Anil Thadani as he turned a year older on Monday, October 3. The actor has shared a loved-up birthday post on social media to make the day more special for 'her world'.

Taking to Instagram, Raveena posted a bunch of photos of herself with his man and her kids. Alongside, she penned a heartfelt note for him. "Your Simply the best ! ♥️😍 you make my world , you are my world ….😘😘 Happy Birthday to the best Son, Son in law, Husband and father to all of mine …  (sic)", she captioned the photo.

Take a look at the photos:

Raveena Tandon tied the knot with Anil Thadani at a palace in Udaipur in February 2004, after exchanging rings in November 2003. After getting married, the Bollywood actor took a break from showbiz. She returned to the screen with 2017's release Maatr.

The couple is doting parents to a son named Ranbir and a daughter Rasha. Raveena had also adopted two daughters, Pooja and Chhaya, before getting married to Anil.

For the unversed, Anil Thadani is a founder of a motion picture distribution company in India, AA Films. His distribution company has been involved in the distribution of many movies, including big flicks such as Humpty Sharma Ki Dulhania, Welcome to Karachi, Fukrey, and 2.0, among many others. Even the Hindi version of Baahubali: The Conclusion was also distributed by AA Films in collaboration with another company.

On the professional front, Raveena Tandon is geared up for her digital debut with the upcoming Netflix series, Aranyak. The actor will be essaying the role of a cop in the thriller series. which also features Parambrata Chatterjee and Ashutosh Rana. Produced by Roy Kapur Films and Ramesh Sippy Entertainment, the upcoming series has Rohan Sippy as its showrunner and Vinay Waikul as the director.

Besides this, the actor is also awaiting the release of the magnum opus, KGF: Chapter 2, starring Yash and Sanjay Dutt. In the upcoming PAN India film, she will portray the role of Ramika Sen. It is slated to hit the theatres on April 14, 2022.