'Rest Easy My Angel': Shanaya Kapoor Bids Goodbye To Her Furry Friend In An Emotional Post

As Shanaya Kapoor's pet Scooby passed away, she wrote an ode to him in her latest Instagram post. Read on to see the heartwarming note. 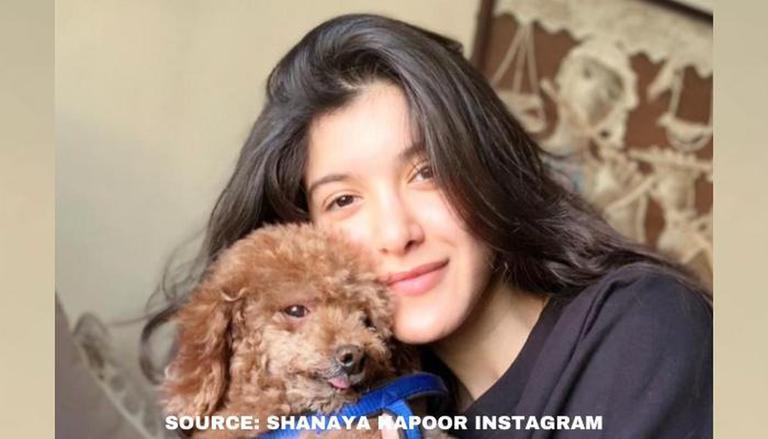 
On June 9, 2021, Shanaya's furry friend Scooby breathed his last. Shanaya took to Instagram writing how much she would miss him, and how he would always be in her heart. The 21-year-old upcoming actor wrote that she would love him forever, and noted that the 12 years she spent with him will always be special for her. She also posted a carousel of posts on her Instagram, with all the memories she had of him. Catch Shanaya Kapoor's Instagram post right here:

On June 9, 2021, following her pet's death, Shanaya took to Instagram and paid respects to him. Shanaya Kapoor's latest Instagram post had a note that read "Rest easy my angel ❤️ these 12 years have been so special with you my partner, my baby, my best friend." She added to this saying "I love you forever Scooby. You are always going to be home for me and forever in my heart. ❤️" She posted a carousel of all the memories that she had of him, and this also included a childhood photo of her brother Jahaan Kapoor, with Scooby. While she turned off the comments on this post, the series of photos and videos have over 46 thousand likes. Her parents Sanjay Kapoor and Maheep Kapoor posted a few pictures of Scooby as stories on their respective Instagram handles.

READ | Sanjay Kapoor speaks on Shanaya's debut in Bollywood, says she 'wanted it for long time'

According to a report by Asianet Newsable, Shanaya Kapoor will be making her debut in a film produced by Dharma Productions, alongside Gurfateh Pirzada and Laksh Lalwani. She posted a photo on her Instagram handle on March 22, 2021, with a caption that read "Woke up today with the most grateful heart! Here’s to a great journey ahead with the @dcatalent family." Adding to this she wrote. "Excited to kickstart my FIRST FILM (ahhh!!) this July by @DharmaMovies, can’t wait for you all to see what we’re up to! Stay tuned! #DCASquad"  Sanjay Kapoor then put up a post on the same day writing "With her unabashed enthusiasm, resilience & sparkle - My daughter is all set to take over your screens soon. Give her your love & blessings as she is ready to start the journey of her FIRST FILM with @Dharmamovies this July. Watch out for the announcement of the film!"