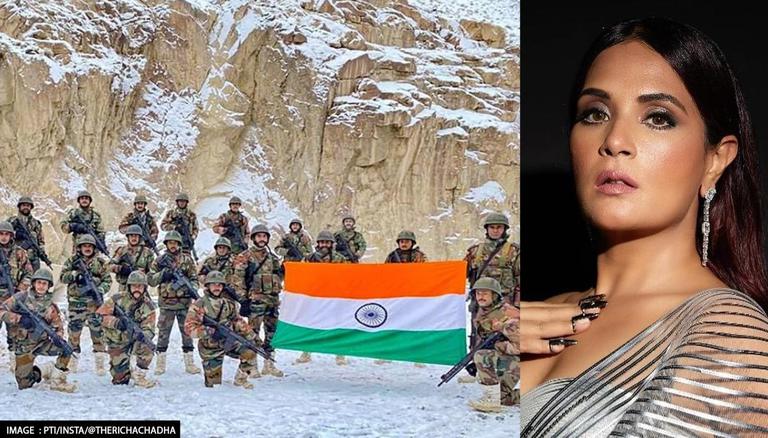 
After facing a massive backlash for her controversial tweet insulting the valour of the Indian Army in the Galwan clash, Bollywood actress Richa Chadha has not issued an apology, rather she has locked her Twitter account. On Wednesday, the 'Fukrey' movie famed actress said in a tweet "Galwan says hi" while reacting to Northern Army Commander Lt General Upendra Dwivedi's statement that the Indian Army is ready to take back Pakistan Occupied Kashmir (PoK) whenever the order comes.

Richa Chadha, who is facing heat over her condemnable and outrageous offhand remark pointedly trying to mock India's martyrs, bravehearts and the Army, has not issued any regret over her statement. After her remark stoked controversy, Chadha on Thursday said that she received a "call" and had muted replies "so had no idea", indicating that she was unaware of the uproar. 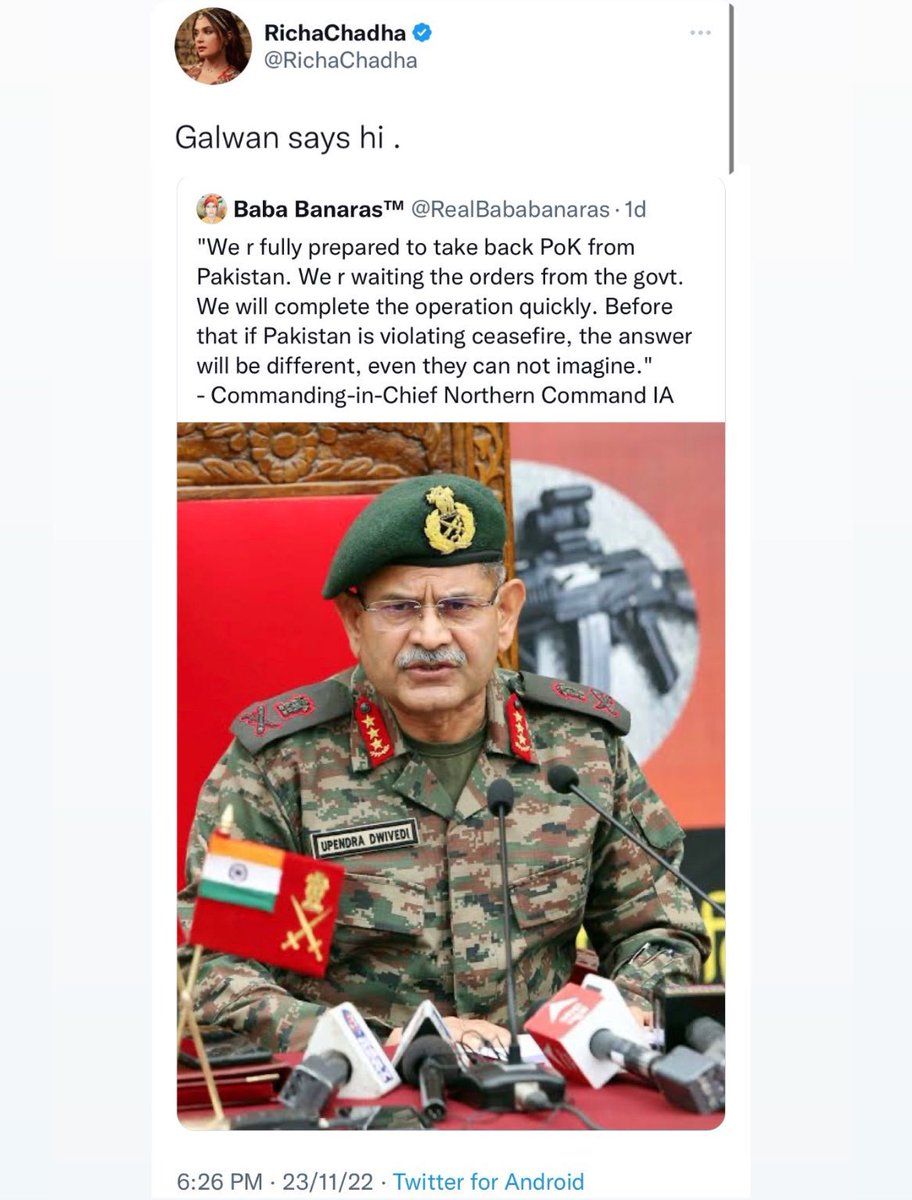 Slamming Richa Chadha for insulting the Indian Army who lost 20 bravehearts during the Galway clash with China, BJP's Manjinder Singh Sirsa said, "Richa Chadha, who is Bollywood’s third graded artist, has been at forefront of making objectionable tweets against India. She is also a Congress supporter. She has again insulted the Indian army. When (the Indian Army's) Northern Commander was asked about his strategy on PoK, he said ‘When we will get orders, we will attack PoK and can bring it back.’ But Richa Chadha mocked the Army."

Sirsa called the Galwan valley incident a "proud history of India" and urged police to register a case against the actress. "I want to say to the Mumbai police, they should immediately take action against Richa Chadha. They should file a case under appropriate sections so that a befitting reply is given to those who enjoy insulting India and the Indian army," the BJP leader said.

Speaking exclusively to Republic TV, the BJP national spokesperson Gaurav Bhatia called Chadha's tweet condemnable and shameful. "The tweet is condemnable and is very very shameful. Because it completely disregards the supreme sacrifice that the brave Indian army has made," Bhatia said.

The Galwan valley clash between India and China took place on the intervening night of June 15-16, 2020, as a months-long standoff between the two Nations' forces spilled over into a Chinese ambush on India's troops who had stood firm against China's attempts to change the status-quo with respect to the Line of Actual Control (LAC) and claim parts of Indian territory. A mass brawl broke out, as the firing of weapons could have led to a far larger escalation, though the Chinese PLA did use clubs and rods wrapped in barbed wire nonetheless.

The death of 20 Indian Jawans, which the Indian armed forces confirmed long before China acknowledged its own casualties, marked the first casualties in a conflict on the India-China border for decades. While India was upfront in marking the sacrifice of its martyrs, Beijing took months to do the same and even now, doubts remain as to whether China under-counted its casualties. Multiple intel reports at the time estimated that China may have suffered over 35 casualties.