Jani Master, the choreographer of the song 'Rowdy Baby' took to his Twitter and praised Kartik Aaryan's dance cover of the super hit song. 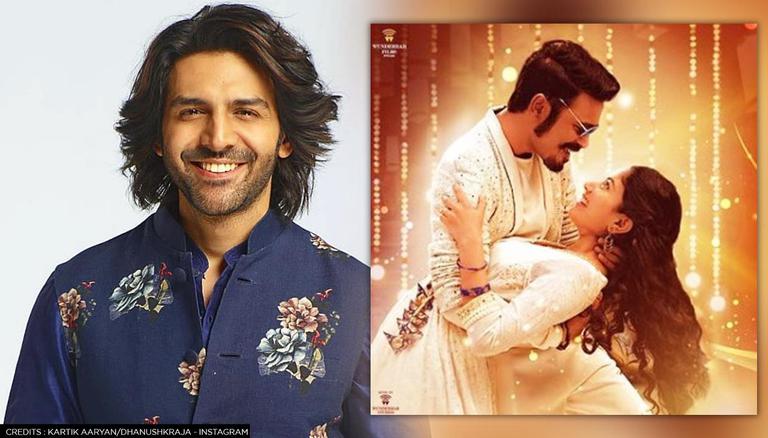 
Kartik Aaryan turned heads earlier this week as he shared a dance cover of the super hit song Rowdy Baby. The song originally featured Dhanush and Sai Pallavi from the movie Maari 2. The song's choreographer, Jani Master, reacted to Kartik's rendition of the song and praised his skills.

Rowdy Baby From Maari 2 is an upbeat dance number that showed off both Sai Pallavi and Dhanush's dancing skills. The song was choreographed by veteran Prabhu Deva along with Jani Master for the movie. Kartik Aaryan impressed fans and the original choregrapher of the song Jani Master with his dance cover of the song. Jani Master took to his Twitter and shared Aaryan's video as he praised his dance moves. He wrote, " Loved your grooves for our #Rowdy Baby @TheAaryanKartikji The unending love being showered for it is always celebrated in our hearts."

The unending love being showered for it is always celebrated in our ❤s https://t.co/gxyIuLxnNb

Kartik Aaryan shares BTS pictures from the sets of Freddy

Kartik Aaryan has kickstarted the shoot for his upcoming movie Freddy. The actor took to his Instagram and shared a photo from the sets and said that the movie had always been close to his heart and now finally it is going on floors. He wrote "A film that’s been close to my heart, long before it began. Finally, he comes to life !! Now shooting #Freddy." The movie is being helmed by Shashanka Ghosh and produced by Ekta Kapoor.

Kartik Aaryan will soon be seen in the movie Captain India directed by Hansal Mehta. As he shared the fort poster of his upcoming movie, he wrote, "When a man goes beyond the call of duty. With great pride and honour, we bring to you #Captain India." The upcoming film's director Hansal Mehta in a statement given to PTI said that the movie will be based on real-life events and will revisit a moment in time where a man went beyond his own pain and sufferings to save thousands. Aaryan also spoke to PTI about his upcoming venture and expressed his excitement to work with director Hansal Mehta, he said "Captain India is inspiring and thrilling in equal measures and it gives me great pride and honour to be a part of such a historic chapter of our country. I have immense respect for Hansal sir's body of work and this was the perfect opportunity to collaborate with him."