Veteran actor Saira Banu stepped out of her house after a long time on the occasion of her late husband, Dilip Kumar's birth anniversary on Saturday. 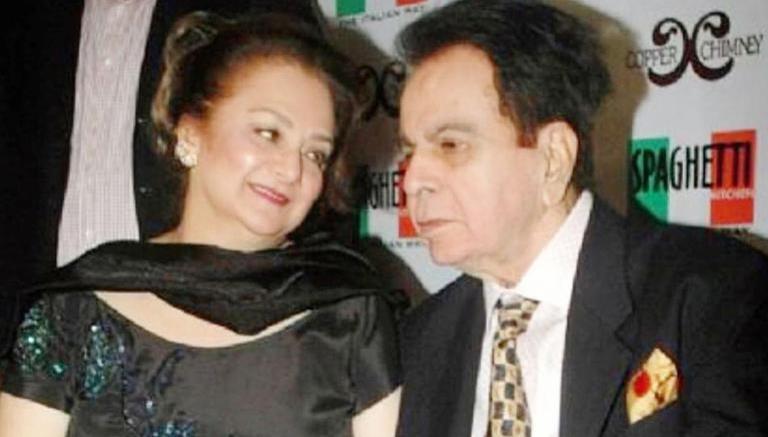 
Much-loved actor Saira Banu stepped out of her house after a long time on the occasion of her late husband, Dilip Kumar's birth anniversary.

December 11 would mark the actor's 99thn birthday and Saira Banu could be seen in tears in the videos that surfaced online. Subhash Ghai and actor Dharmendra were also spotted with Saira Banu as she got emotional.

Saira Banu set foot outside her home after a very long time since Dilip Kumar's demise. She was seen in a white ethnic outfit and a dupatta over her head. She also wore sunglasses as she paid tribute to her late husband. Subhash Ghai and actor Dharmendra consoled her as she got emotional on Saturday. This outing comes after Saira was earlier admitted to the hospital and was diagnosed with a heart problem. PTI reported that she was admitted on August 28 and was discharged in September.

The duo had been married for 55 years and fans and followers showered love on them as a couple. Dilip Kumar passed away earlier this year owing to a prolonged illness. Speaking to PTI, she mentioned that she wanted to spend his birthday by praying and remembering him. She also mentioned that she wanted it to be a quiet day and wished to visit Juhu Qabrastan, where he was buried. She told the publication, "I will do the prayers, remember him and I want the day to be very quiet. I want to visit the Juhu garden (Juhu Qabrastan) where he is (buried)." She also opened up about how much fans love the late actor as she revealed that their house used to be full of flowers and bouquets on his birthday every year. She mentioned there were so many flowers, there was often not enough room for them. She said, "The house would be full of flowers, there were times when bouquets would be on all the floors, steps and everywhere in the house and we would not have enough room for it. It used to be that wonderful. He was so loved by people. He still is."