Ahead of The Family Man 2's premiere, fans of Samatha Akkineni started trending #WeLoveSamantha on Twitter to extend best wishes for the star. Take a look. 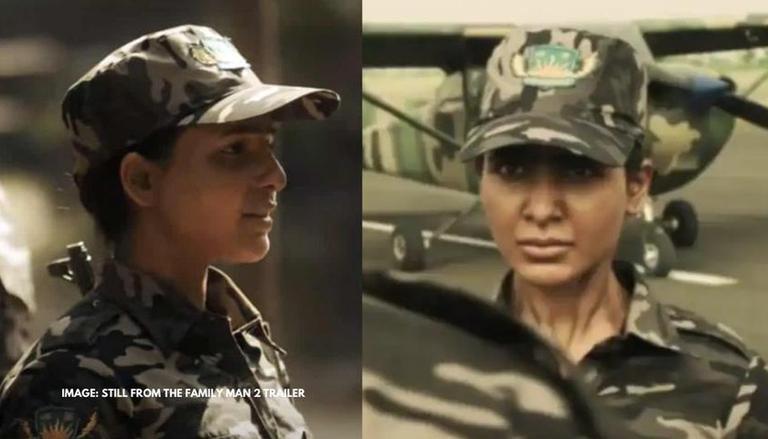 
Actor Samantha Akkineni is currently gearing to make her web series debut with the action thriller show, The Family Man season 2. The second season of the upcoming series is all set for a release on Friday, June 4 on the OTT platform, Amazon Prime Video. Now, ahead of the show’s premiere, fans of the South diva have started trending #WeLoveSamantha on Twitter to extend best wishes for the star as she is about to take her first step into the digital world. 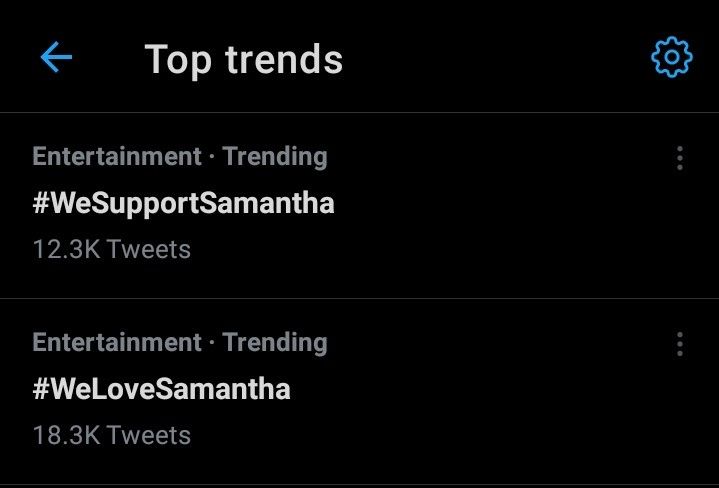 Fans from all across the country have now taken to the micro-blogging platform to appreciate the acting prowess of the star. Not much is known about her role in the series yet, but the South actor reportedly underwent massive training to get into the skin of her character. Talking about the same, a Twitter user said, “Whatever character she did it would inspire the millions of people. You deserves everything queen We always with you #WeLoveSamantha”.

Another fan said, “Hey queen..you are awesome, kind, generous and you are intelligent. Go on and achieve more and more . We love you #WeLoveSamantha”. A user added, “She always Ruling The hearts of people by showing the truthfulness & Kindness and always inspired, motivate others”. Here’s taking a quick look at the Twitter trend below:

READ | Samantha Akkineni would like to romance THIS Bollywood actor onscreen; read

She is a special kind of woman ❤️ she is the one who will inspire you , motivate you and challenge you to become a better person in every aspect of life💯 @Samanthaprabhu2 #WeSupportSamantha #WeLoveSamantha pic.twitter.com/Xorp1HyEdP

So many reasons are there to love you. Your cute smile, your sweet laugh, your innocence and your kind heart make me love you sam 😍@Samanthaprabhu2 #WeLoveSamantha #WeSupportSamantha #TheFamilyMan2#SamanthaAkkineni pic.twitter.com/sU68TcgWoW

She is coming ❌
Raji is Coming 💥

You are the reason I still believe goodness exists in the people @Samanthaprabhu2#WeSupportSamantha#WeLoveSamantha pic.twitter.com/SRlBIyPALL

She deserves much love & happiness ,love you from core of my heart @Samanthaprabhu2#WeLoveSamantha#WeSupportSamantha pic.twitter.com/zJ2AaOelcU

She is always in her cool mood
How rare and beautiful you are 😘❤ @Samanthaprabhu2#WeLoveSamantha#WeSupportSamantha pic.twitter.com/vu6NeMkCKk

#TheFamilyMan2 is going to release tomorrow.
Eagerly waiting for the masterpiece.#WeLoveSamantha .
I believe it will attract more audience than the first part. pic.twitter.com/IzU6MNJ28G

Supporting and Standing with u will Never Stop @Samanthaprabhu2 ❤️🙌 We are Always With You SaM.#WeLoveSamantha pic.twitter.com/YMT4hT4co4

About the show, The Family Man 2

The plot of the show chronicles the life of Srikant, a senior officer of a TASC cell, a part of the National Investigation Agency of India. Srikant is a married man with two kids and the first season showcases how he tackles a potential terrorist attack while balancing his tumultuous personal relationships. The first season of the espionage thriller was released back in the year 2019.

READ | Samantha Akkineni reveals she was 'scared' of entering Bollywood industry, here's why

Upon its release, Season 1 of the show gained critically acclamation by fans and critics alike. The show garnered an 8.6-star rating on IMDb. The success of the first season has set the benchmark higher for The Family Man 2. Previously, Samantha Akkineni took to her Instagram space and announced, “We’re ready for you #TheFamilyManOnPrime”. Check out the season 2 trailer here: