Sameera Reddy has been vocal about her insecurities & body image issues ever since the birth of her first child, the actress is back again to address the issue


De Dana Dan actress Sameera Reddy has been vocal about her body image issues on the internet, inspiring thousands of women on the platform. The actress has decided to address the issue once again by sharing a video that narrated her journey of finally accepting her natural beauty. The mother of two kids also opened up about her insecurities during her pregnancy and how she overcame them.

The 42-year-old shared a video where she can be seen happily dancing while posing for the photoshoot. While Nina Simone's Feeling Good played in the background, Sameera urged her fans to embrace their flaws and shine in every phase of their life. She implored her followers to unapologetically accept and love themselves no matter what.

In the caption, Sameera opened up about starting '#imperfectlyperfect', stating that she wanted to break barriers she set up herself when she was pregnant with her daughter, Nyra. The actress admitted that she still fights her deepest fear and thoughts since confidence does not come overnight. After being asked why she would publicly share her bare face and flaws, Sameera expressed the need to strike up a conversation to address and accept one's insecurities.

Sameera received an overwhelming response to her post by her followers who appeared grateful for the actress for sharing her flaws and insecurities openly. One fan lauded her for keeping it real on social media while another chimed in writing that she agreed with Sameera's idea of 'Imperfectly perfect'. Being the mother of Nyra and Hans, Sameera also inspired other mothers as one fan wrote that she related to her and felt like she was one of them. 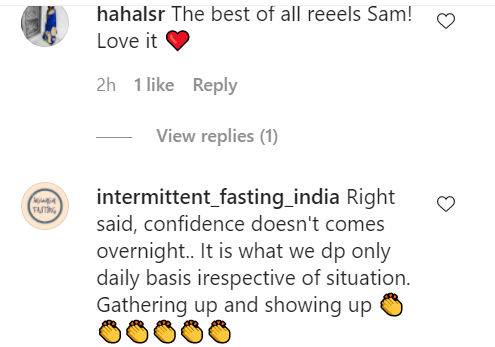 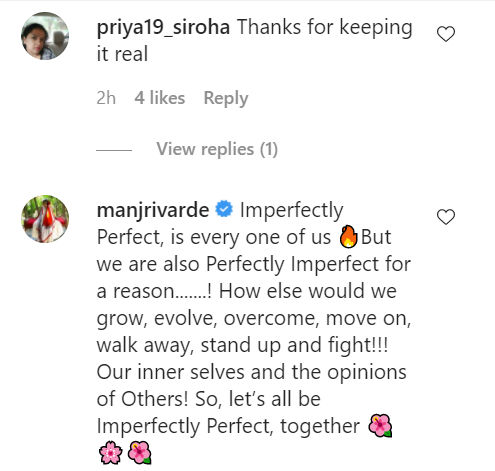 The actress has been advocating self-love and acceptance on social media for many years. From sharing her pregnancy journey to posting a reel where she compared her younger days where she would have to get dolled up for her roles in movies to her natural beauty now. Sameera Reddy's latest Instagram reel featured her daughter sleeping on the couch and Sameera funnily remarked that it is the state of every 'Work from home' employee.

READ | Sameera Reddy screams 'It's fitness friday', as she motivates fans to work out; Watch