Actor Sanjay Dutt announced that he had received UAE's Golden Visa and called it an 'honour' & conveyed his gratitude to the authorities. 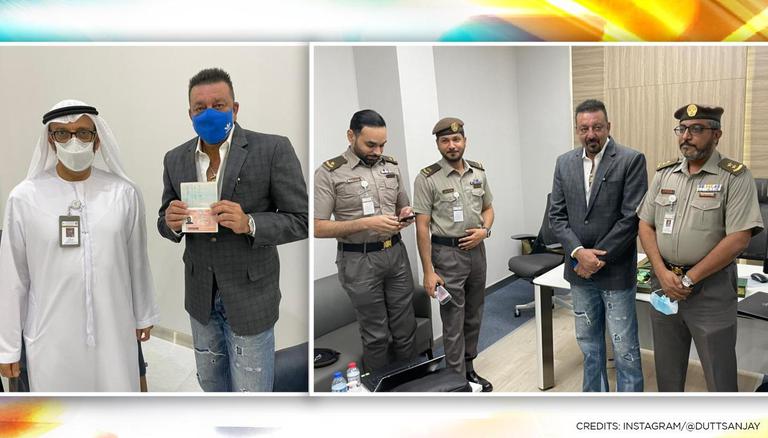 
Sanjay Dutt and his family have been spending considerable amount of time in the United Arab Emirates (UAE) over the past year. The actor has now received the Golden Visa for the UAE. He expressed his gratitude and shared that he was ‘honoured’ about the felicitation.

Sanjy Dutt shared pictures from the moment when he was felicitated. Dressed in a blazer and jeans, the Munnabhai MBBS star posed with Major General Mohammed Al Marri, Director General of GDRFA and also thanked the UAE Media Office.

One of those to comment on the post was his daughter Trishala, who was impressed by his look and conveyed her love for him.

As per reports, Sanjay Dutt is the first mainstream to receive the Golden Visa. This type of visa was instituted by the govermnet in 2019 and allowed long-term residency for a foreigner to live, study and work without the need of a national sponsor. The visas have a validity of either 5 or 10 years and are renewed automatically.

The Dutt family regularly share pictures from their trips to Dubai. In fact, last year when the lockdown had been announced in India, his wife Maanayata and kids Iqra and Shahraan had been in Dubai. It was only after the restrictions were lifted that he was able to visit his family.

The actor had also wished the Crown Prince of Dubai on the birth of twins recenltly.

Meanwhile, on the professional front, Dutt will next be seen in the movie KGF: Chapter 2. He plays the role of the antagonist in the multi-lingual action film starring Yash, and his character of Adheera has been raising anticipation among the viewers. The film was earlier set to release in July, but there is no clarity on  the release amid the COVID-19 restrictions in many parts.

Among the other films in his kitty include Bhuj: The Pride of India. The film will directly be releasing on a streaming platform