Actor Sara Ali Khan's look alike Pwark Yiz took to Instagram and addressed the comparisons that she had been receiving from people with a hilarious video. 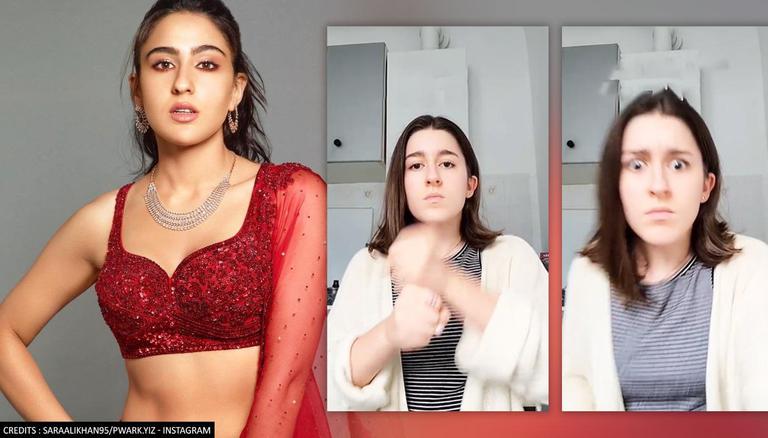 
Actor Sara Ali Khan has got a doppelganger and she is not from India. The Instagram user with the name Pwark Yiz shared a video recently, in which she addressed the comparisons she faces on social media. Pwark Yiz shared a video in which she wrote, "Answering frequently asked questions." In the video, the question that popped up was, "Are you, Sara Ali Khan?" She replied, "Yes, this is her k-pop stan account". She even penned a note and explained how frequently she is been mistakenly believed to be Sara Ali Khan when she shares some posts on Instagram and people start commenting below.

Pwark Yiz captioned the post as, "Who is your celebrity lookalike? I never knew who Sara Ali Khan was until this year when I've received a ton of comments that I look like her. It doesn't bother me at all that ppl comment on it. I think ppl comment that we look alike bc our eyebrows and nose are kind of similar. I don't think we look THAT alike but I understand where ppl are coming from."

Her fans in the comment section explained how anyone can be deceived because of the uncanny resemblance. One of the users wrote, “Hey Sara how u doing girl.” Another user wrote, “When I saw you for the first time I thought why Sara Ali Khan doing Kpop covers lmao.” A third user also expressed his shock over the resemblance and wrote, “I noticed today...I was thinking she looks like someone but who....today I got my answer.” Another user shared his thoughts on the same and commented, “I really thought you looked like her at first.”

Last month, Saif's sister Saba Ali Khan had shared a throwback picture featuring Sara and her mother and asked fans, via a poll, if they looked like sisters. Saba wrote, "Do they not look like sisters?" Sara has grabbed the fans' attention with her constant funny banters which display her humorous side with each new video.  Previously, she shared a video while showing off her nose injury and seeking forgiveness from her parents for breaking her nose. “Knock knock... who's there? Knock. Knock who? More like.. knock..out." Along with the post, Sara had mentioned how her 'amma-abba' would be ashamed of her after seeing this video. "Sorry, Amma Abba Iggy. Naak kaat di maine (sic),” she added then.