SEE PICTURE | On The Occasion Of Arjun Kapoor's Birthday, Malaika Arora Shares A Sneak-peek From Her Romantic Holiday With The Former

Bollywood actor Arjun Kapoor turned 34 today, and while he is celebrating his birthday with rumoured girlfriend Malaika Arora, the latter took to Instagram to share a sneak peek of her get away with Kapoor.

Bollywood actor Arjun Kapoor turned 34 today, and while he is celebrating his birthday with rumoured girlfriend Malaika Arora, the latter took to Instagram to share a sneak peek of her get away with Kapoor. Sharing a picture with the city skyline, she wrote, "Up and up.."

READ: While Arjun Kapoor Shares A Childhood Picture From His Horse-riding Days, Malaika Arora's Question On The Post Has All Of Us Thinking "Why So Grumpy" 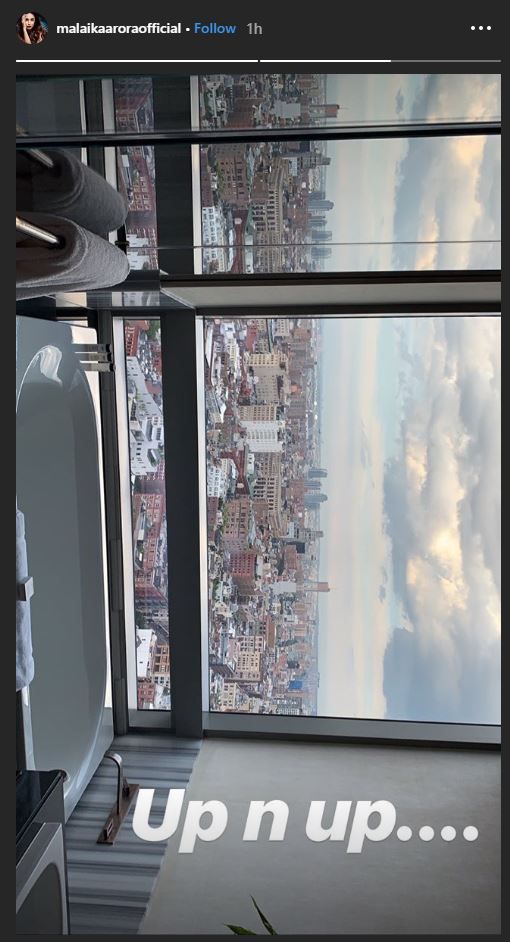 The two were spotted jetting off to an undisclosed location by the paparazzi on Monday night. Videos and pictures, of which flooded social media.

Our New York pap chapter be on alert now we have so many celebs out there. You might just snap them at Central Park . #arjunkapoor #malaikaarora #airportdiaries #viralbhayani @viralbhayani

Arjun Kapoor and Malaika Arora are Bollywood's hottest couples in town. Apart from being snapped at dinner parties and outings, the duo is often spotted gushing over each other on social media.

READ: #TuesdayTeachings: Arjun Kapoor Pulls Malaika Arora's Leg After She Doesn't Quite Teach Netizens How To Master A Ponytail In 5 Steps

After keeping their relationship under wraps for a long time now, Malaika and Arjun finally confirmed their relationship recently as they posed together for the paparazzi during the screening of Arjun's latest film 'India's Most Wanted'. In fact, she was also spotted posing with Arjun's sisters Janhvi and Anshula during the event. Meanwhile, the 'Panipat' actor Arjun Kapoor addressed his marriage rumours with Malaika stating that he is just 33 years old and that he is no 'hurry' to tie the knot. However, he did admit that Malaika Arora is 'special' to him and that since marriage is a 'big commitment', he will do it when he is ready.